Located 300 km east-southeast of Halifax are the crescent-shaped, shifting sand dunes of Sable Island. Home of the wild Sable Island ponies with the long, flowing manes and tails, it has also been a temporary home for shipwrecked sailors, en route convicts, and pirates brought there inadvertently by the legendary gales that blow around the island. Sunken ships, the victims of these storms, litter the surrounding ocean floor, giving the island its reputation as “the Graveyard of the North Atlantic.”

Sable Island’s history is filled with mystery, intrigue, pirates, wreckers, and lost treasures of gold and silver. Since its discovery almost 500 years ago, it is believed this treacherous sand dune has trapped and destroyed more than 500 vessels and killed more than ten thousand men. There have been over 200 known wrecks on Sable Island since 1800.

It is not the biggest sand dune in the world, but it certainly is the most dangerous. It is here that the Labrador current meets the warm gulf stream creating the fogs that give all sailors nightmares. Although the island is charted on most maps it is not clearly defined because it is elusive and constantly shifting. It has been called the world’s fastest moving island. The island is 20 miles long; one mile wide; and in some places 85 feet high. In addition to the visible part, sandbars extend out about 17 miles on either end. Where sand dunes are visible one day, you find clear ocean the next. Fierce ocean currents sweep around the island causing this peculiar shifting of sand that constantly changes the contours. Inland the soft sand makes travelling laboriously slow, except when using motor vehicles with very large balloon tires. Occasionally old wrecks emerge from the deep during a severe storm, only to sink to obscurity again. Its greatest width is 1.5 kilometers and the highest dunes approach thirty meters. The north beach is steep and narrow, and the south beach is wide and flat. Beach grass dominates and stabilized the dunes. Between the dunes are many depressions usually filled with freshwater and supporting a variety of aquatic plants. These small ponds are most numerous near the west end.  A ten-kilometre-long salt water lake is located on the south beach about midway along the island.

There are about three hundred Sable Island horses living wild on the island. They were introduced by Reverend Andrew LeMercier, a French Huguenot priest from Boston attempting to colonize the island in 1738.

The will be more information in the next little while about shipwrecks and TREASURE!!!

Click the image below to view the “known” wrecks at Sable Island since 1583. 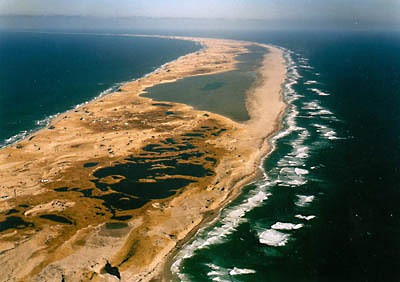