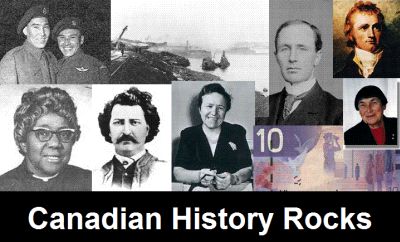 Mysteries of Canada was started in 1998 as a project to help Canadians better understand the history, geography, myths and legends of their own country.  The site has grown over the years into a major site attracting visitors from all across Canada and the rest of the world.  The site is used by 50+ schools across the country to help teach language, writing and history.  It is used internationally as a language training asset.  Certain stories and images from this site have been used in newspapers, TV, history books and other media.

Welcome to Mysteries of Canada.  Poke around a bit, read a bit, maybe even submit an article or two and, most of all, have some fun and learn.

Two Journals of Robert Campbell (Scroll down to find this book on Amazon)This book contains the texts of the two little-known journals of Robert Campbell, a Scots-Canadian fur trader who explored the wilds of northern British Columbia, southern Yukon, and the southwest Northwest Territories on behalf of the Hudson’s Bay Company throughout the 1800s.The first journal spans the period from 1808 to 1851, while the second journal constitutes Campbell’s field notes taken from 1850-1853. These journals were first published by the Shorey Book Store of Seattle, Washington, in 1958. They were published a second time by the same bookshop in 1967.
END_OF_DOCUMENT_TOKEN_TO_BE_REPLACED

3 Canadian Mad Scientists- 3: Welsford Parker Back to 3 Canadian Mad Scientists. Welsford Parker and the Mineral Wave Ray If you drive an hour southwest of Halifax, Nova Scotia, on the Fishermen’s Memorial Highway, across the Chebucto and Aspotogan Peninsulas and down the Atlantic Coast, you’ll come to the picturesque little community of Western Shore. Just east of this hamlet, in the waters of Mahone Bay, lies a tiny forested isle known as Oak Island, the site of Canada’s longest-running treasure hunt.In 1795, so the legend goes, three locals discovered a strange depression in the soil on the island’s eastern end. Subsequent investigation
END_OF_DOCUMENT_TOKEN_TO_BE_REPLACED

The Adventures of Paul Kane: Part 4

Back to The Adventures of Paul Kane: Part 3. The Adventures of Paul Kane: Part 4 The Red River On June 4th, the brigade reached Fort Frances, an old French-turned-HBC fur trading post situated at the confluence of Rainy River and Rainy Lake, which had been renamed in honour of George Simpson’s wife in 1830. After drawing the portaits of several Saulteaux Indians, Kane followed the brigade through a deciduous forest, the leaves of which were eaten away by caterpillars, leaving “the whole country wearing the dreary aspect of winter at the commencement of summer.” They crossed the Lake of the Woods beyond,
END_OF_DOCUMENT_TOKEN_TO_BE_REPLACED

Back to The Adventures of Paul Kane: Part 2. The Adventures of Paul Kane: Part 3 Race to Sault Ste. MarieIn March, 1846, Paul Kane travelled to Lachine, on the Island of Montreal, to meet with Sir George Simpson, Governor of the Hudson’s Bay Company. During their meeting, Kane showed the businessman some of the sketches he made during his late expedition to the Great Lakes and outlined his plan to similarly sketch the natives of the interior. Simpson arranged for Kane to attach himself to a spring HBC canoe brigade, and on May 9th, 1846, Kane accompanied Simpson on a steamship
END_OF_DOCUMENT_TOKEN_TO_BE_REPLACED

Back to The Adventures of Paul Kane: Part 1. The Adventures of Paul Kane: Part 2 The Tragedy of Shawwanossoway During Kane’s stay at Minitowaning, Indians from all over the Great Lakes assembled at the village to take part in an annual gathering. One of the visiting chiefs, whose “venerable and dignified appearance” made an impression on Kane, was a great medicine man named Shawwanossoway, or “One with his Face towards the West”. The artist learned that Shawwanossoway was once an accomplished war chief, but that he had exchanged the tomahawk of the warrior for the rattle of the shaman years ago, on
END_OF_DOCUMENT_TOKEN_TO_BE_REPLACED