Continued from Chapter XXXII – After the Northwest Rebellion.

SOME ADVICE TO SETTLERS

IN CLOSING THIS VOLUME I write a few words on the advantages, or otherwise, of settling in the present Northwest Territories, which comprise the following divisions: Alberta, Assiniboia, Saskatchewan, Keewatin, and Athabasca, more particularly to those intending settlers coming from the old country. Much advertising is done in England showing forth the easy living to be derived by men with means going to Western Canada, and many men come out without the slightest idea of the country, or the hardships they will have to endure before they attain that state of wealth which they fondly hoped, before they left home, would come to them with little endeavor on their part.

What I have written in this book goes to show the country in its first state on the advent of the police, its gradual settlement from that time until 1886, how farms were started and stock brought in, and the success, or otherwise, of these undertakings. These matters I have endeavored to fairly portray without fear or favor, stating only as far as my knowledge went the actual facts, and I now, in closing skip nine years, in which time many changes have taken place, and close the volume for the time, taking the history up to 1895.

The eastern portion of the Territories has rapidly come to the front as a farming country. Going westward from Maple Creek as far as the mountains, and from the boundary line on the south to Calgary and Edmonton in the north, is, in my opinion, the garden of the Territories, and nothing can be too great for its future. This country was the home, and both summer and winter the grazing ground for buffalo; it is one immense grazing ground, with grand soil as well, which with cultivation and irrigation will yield prolifically.

The winters in this area are comparatively mild. A few days or perhaps a few weeks during any winter may be severe, and the thermometer may go down to 40 below zero, but this is not lasting, a warm wind, named the Chinook, will spring up, and in twelve hours or less the snow will disappear and the ground will be covered with water. This will continue for weeks, the cattle and horses running out all winter without shelter or feed, and come out fat in the spring. In March the farmer can begin his ploughing, and the rivers break up. One of the great drawbacks to the settlement of southern Alberta at first was that the Canadian Government granted large tracts of the most fertile land of this section to large cattle corporations, giving them long leases at a nominal rental, with the option of the purchase of thousands of acres at the end of their term. These companies naturally picked out the best grazing lands, with water front, on the most timbered bottoms on the rivers, and, as according to their lease with the Government they were perfectly right in doing so, they kept all settlers off until within the last few years, when some of the leases have been thrown open.

Calgary started with a rush, and it has the markings of a fine town. In the Macleod district, although this was the centre of the leasing policy of the Government, and although the settlement of the country has, on that account, been slower than probably any other portion of the Northwest, prospects are bright. The old town of Macleod, started in 1874, on the advent of the police, and moved to its present site many years after, never underwent a boom, and is not much larger today than in those old times, but its best days are to come. A grand stock raising country both north and south; a wonderful climate, and as fertile a soil as in any part of the world; but it must still be remembered that all prairie countries are subject to drought, particularly where timber is scarce and land uncultivated. This will pass, as these gaps are filled up, and no doubt irrigation will have to be resorted to in the first place before equable seasons are attained, but this will surely follow as 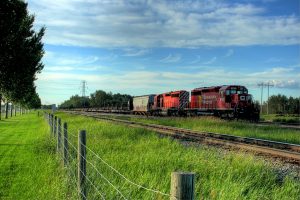 the country gest settle and cultivated. Tree planting will also come into vogue, which will also be a great help towards making the seasons more moist. Irrigation is no doubt costly, but probably in time the Canadian Government will see the advantage of giving grants towards this end, and it will have the advantage of bringing more settlers into the country and making a sale for the millions of acres of vacant lands, which will always remain vacant unless irrigation is resorted to. This irrigation is only required in southern Alberta, on what are now the cattle ranges. North of Calgary to Edmonton, the farther you go the damper the soil, and after you are 50 miles north of Calgary the timber belt begins and runs into the far north. In this section rain is abundant, and the soil very rich in consequence. This is at the present time a section of the Northwest to which settlers from the States and the old country are flocking, and a good class too, going in for mixed farming and stock raising. Many hundreds of families have been settling in the section between Calgary and Edmonton in the last four years. But although this section is undoubtedly a good farming country, with plenty of wood, coal, water and hay, it must be remembered that some winters are severe, not

particularly as to cold, but the snow fall has often been deep. As the snow lies all winter, the Chinook winds not often being felt in that section, stock wintering out would run a chance of suffering; therefore any settler going into that part should be prepared to not only feed his stock in winter, but also have shelter for them. This, of course, would be more costly than wintering out, but a farmer could only keep a limited number of animals.

Farming, as I have before stated, is in that part of the country a success, and a large acreage of nearly all kinds of grain can be grown, but grain and vegetables are not easily sold there. There are many advantages, however, to counterbalance these drawbacks; living is cheap, as all garden produce and grain can be grown; hay for stock is plentiful; wood or coal for fuel is there in abundance; much game, such as ducks, geese and rabbits are to be got for shooting, and minerals are beginning to be discovered; gold mining on some of the rivers even now pays well during low water. These are certainly advantages, and no doubt, when railroads are built, its disadvantages will disappear. Therefore, for mixed farming with stock on a moderate scale, not more than can be winter fed, no better section can be found in Canada.

There is an enormous country lying north of Edmonton, nearly altogether uninhabited, rich in minerals no doubt right to the mouth of the Mackenzie river, and the time is bound to come when this section will be opened up, and then Edmonton and that district will be the point of supply for it, and those settled there will be well paid for waiting. I have briefly glanced at the different sections of the Territories as they are today, and honestly given my impressions of them for the guidance of intending settlers, and will in a few words give some advice to those intending settlers I wrote more especially for.

Do not expect to grow rich at once, or without putting your shoulder to the wheel. When you have chosen your location, remain there, and grow up with the country. The old motto is true: A rolling stone gathers no moss; so will a moving settler gather no wealth.

Do not begin in a large way- a few cows, horses, hogs, and chickens; your buildings, fencing and tools can be procured in any portion of Alberta, at as reasonable a price as anywhere else in Canada. Take care of these, and you will in a few years be surprised at the way your stock has increased, and remember that each year the land is increasing in value.

Keep out of debt, and even stint yourself before borrowing money from those sharks always on the look-out to lend money on a mortgage on stock or land; many of these abound, and are growing rich at their business, lending money on good security at 2 per cent. Per month. No farmer can stand this, as he must, as many have, only get deeper and deeper into debt, until nothing is left.

Temperate living is absolutely necessary. The small towns through the Territories now abound with licensed hotels and bars, and a hardworking farmer coming into town, after many months of quiet on his ranche, is only too liable to meet his friends, and, before he is aware of the fact, a great portion of his summer’s earnings has gone over the bar for good and all.

The climate of the western Territories is very healthy, and the life on a ranche a pleasant one, the work being far from laborious. With care a competency is secure; railroads are building, and each year more will be built, bringing a market to the door of the farmer. He is not cut off from civilization, as in some new countries, and neighbors are not far apart. The class of settler now in the country is of a very high standard, and good company can always be found; hunting and fishing can, at certain seasons, always be procured, and a hunting trip into the mountains in the fall is an inexpensive and splendid change. 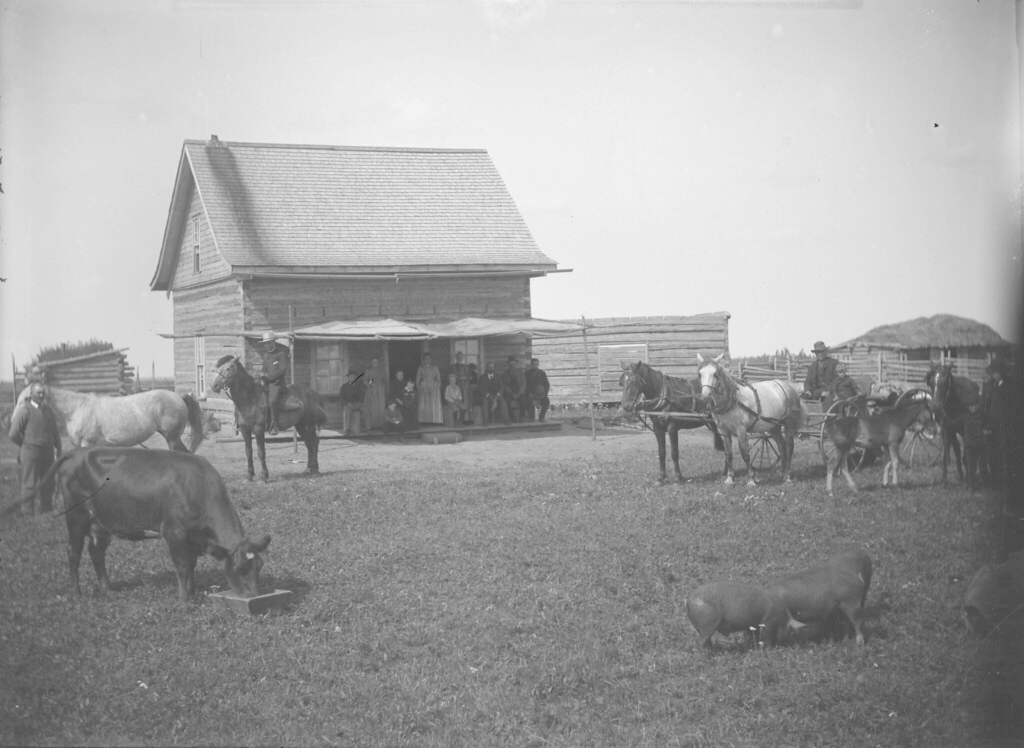 Those intending to settle should at least have the knowledge of the prices of stock, and other accessories to farming, so as to be able to know what would be required to begin, and not be in the hands of agents, or those who require premiums. These are generally a swindle.

I will now draw this book to a close, and trust that the little advice I have given will be received in the same spirit in which it is offered, coming, as it does, from experience gained while seeing the country develop from 1874 until the time in which this book is written.

Continued in Chapter 34: Progress of the Territories.

Some Advice to Settlers was last modified: December 31st, 2019 by Hammerson Peters