In 1862 a Cornishman by the name of Billy Barker arrived in the Caribou gold rush of British Columbia well after all the good ground was staked. He was an all round character, short in stature and had a temper & tenacity about him equal to that of five men. 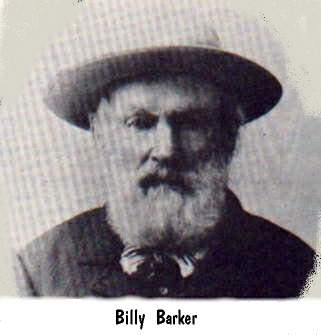 With these characteristics coupled with what money he had he staked 14 claims on the flats above the canyon well out of the pay dirt of Williams Creek. Most miners laughed at the foolish immigrant wasting his time.

After a few weeks of digging shafts without a trace of gold he decided to dig one last shaft and call it quits. Two feet above bedrock he hit the largest pay streak in the province.

An instant town sprung up around Billy’s first claims. Today many of those original buildings have been restored and are protected by a provincial park known as ‘Barkerville’.

With his new-found wealth and popularity Billy started to live the good life. Backing other miners trying to hit the big one, married a woman who helped him spend their way to happiness while not bothering to save for a rainy day.

Suddenly the gold ran out and so did the wife. In a few short years Billy was so broke other miners had to pay for his stagecoach out the town that bore his name.

And so it was that this enigma drifted into obscurity. 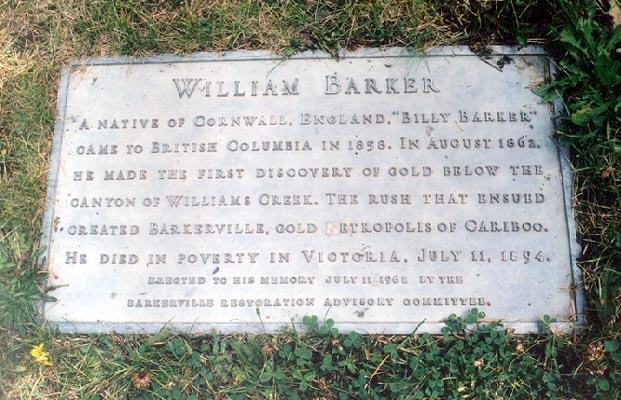 NOTE:  It appears that Barker is no longer in obscurity.  A sharp MoC visitor (D. Richards) noted that a number of bios of Barker that had him a native not of Cornwall, but rather of Cambridgeshire, England.  The Dictionary of Canadian Biography states that he was born in Cambridgeshire on June 7, 1817.

Article Name
Billy Barker - The Golden Town
Description
In 1862 a Cornishman by the name of Billy Barker arrived in the Caribou gold rush of British Columbia well after all of the good ground was staked.
Author
Jack Farley
Publisher Name
Mysteries of Canada

One Response to “Billy Barker – The Golden Town”

Why do you have such inappropriate adds