Doreen Ashburnham was born May 13, 1905 in the County of Sussex, England.  Growing up, Doreen was considered to fragile for the harsh English climate, so her parents moved to Canada! Excuse me for chuckling a bit, but does anyone else find that logic a tad amusing?

Well, the amiable climate of Cowichan Lake, BC seemed to have an positive affect on Doreen.  She lived her life as a pilot, debutante, horse-breeder, lover of fast cars and a cougar-fighting Heroine.  She was also a recipient of the British Albert Cross for bravery. 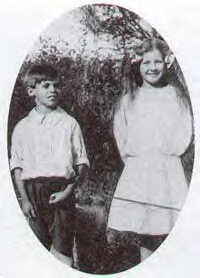 On 23 September 1916, Miss Ashburnham and her 8-year old cousin, Anthony Farrer, left their homes at Cowichan Lake on Vancouver Island to ride their ponies. On the walk they were attacked by a cougar.  The cougar knocked Doreen down and proceeded attacking Anthony. Doreen regained her feet and fought the cougar with her fists and riding equipment.  Despite her serious injuries, she succeeded in driving off the cougar and both she and Anthony were safe.  Doreen and Anthony managed to limp home and sound the alarm, after which the cougar was found and shot.  The animal measured almost 8 feet from head to tail, and was mounted and displayed by the curator of the local museum.

Doreen lived at Cowichan until her return to England as a debutante in 1925.  She then moved to California, joining the first US women’s polo team.  She also raised show horses in Italy for international competition.  In the 1930s, Miss Ashburnham moved back to the USA where she learnt to fly. During World War Two she served as a ferry pilot.

In 1971, Doreen exchanged her Albert Cross for the George Cross which, today, is on display at the Canadian War Museum. 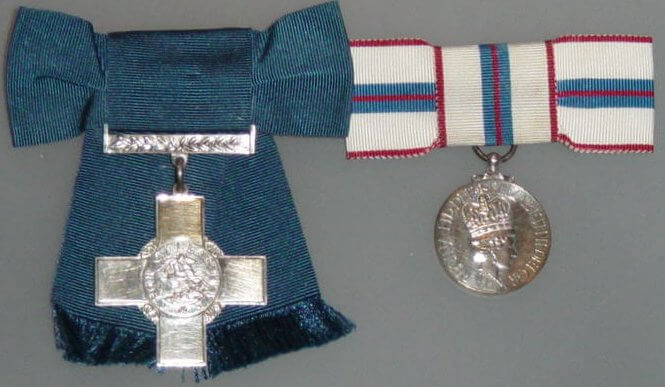 Incidentally Anthony Farrer was also awarded the Albert Cross for the same cougar incident however he never got the chance to exchange his Albert Cross for the George Cross.  He died July 9th 1930, killed by a stray bullet on a rifle range at Camp Hughes in Manitoba as a member of the Princess Patricia’s Canadian Light Infantry.  He was buried at the military cemetery at Esquimalt BC.  His Albert Medal is with the Canadian War Museum.

Perhaps she handed her Albert Medal back, in exchange for the George Cross when this became possible ?