Is there such a place? The mysterious Stikine River, also called the Stickeen River is 610 km (379 mi) long.  The river runs from northwestern British Columbia to Wrangell in southeast Alaska, where it empties into the Eastern Passage in the United States.  There are many natural wonders along the river. The ‘Grand Canyon of the Stikine River’ is surely one of them. The Canyon is situated 275 miles north of Kitwanga, British Columbia on the Cassiar-Stewart (#37) highway. 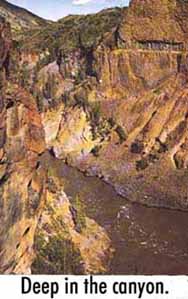 The canyon itself twists & turns for 60 miles to the west from just downriver of the highway bridge. Its sheer walls climb over 1,000 feet and in many places along the canyon floor it resembles its larger cousin in The Grand Canyon Arizona.

Halfway through the canyon, the intersecting Tanzilla and Stikine rivers force the raging waters through a constriction barely 6 feet wide at low water. Logs have been swept into this abyss and never surfaced in one piece. As of the mid 1990’s the canyon still has not been completely rafted. 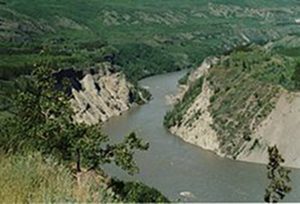 Telegraph Creek on the Stikine River

The settlement of Telegraph Creek is at the western end of the canyon. Telegraph Creek is historically considered the head of navigation on the Stikine River. Telegraph was at the starting point for many prospectors during the Stikine and Cassiar Gold Rushes. It is also the only town on the 400 mile run of the river. Driving to Telegraph Creek, 74 miles from Dease Lake, on a stone road has its own perils but the views of the canyon are worth the trip. The area is still very remote but air transport from Dease Lake will give you, the best overall views, that will last a lifetime.

If you would like to read more about the Stikine River check out this article from National Geographic. 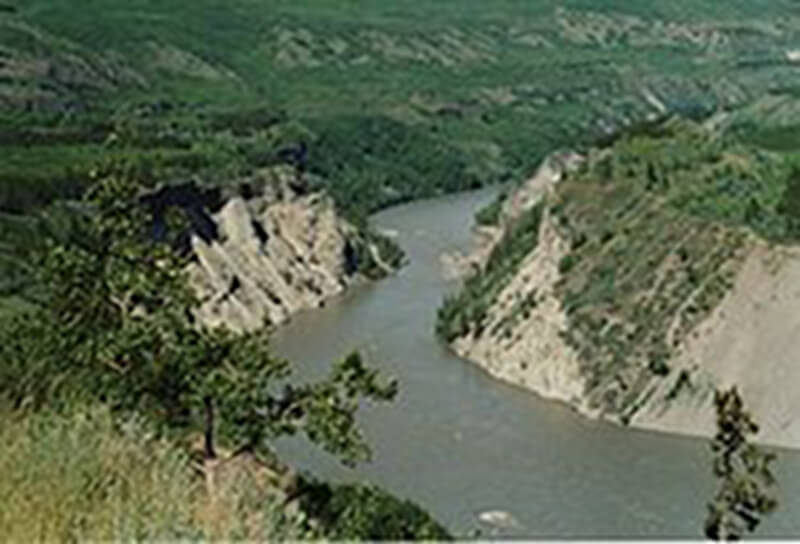