Canada Car and Foundry Company Part 2: Queen of the Hurricanes

Born in 1905 in Vancouver, Elsie MacGill was a force to be reckoned with.  In 1927, she became the first woman to graduate as an electrical engineer from the University of Toronto.  She was hired as an engineer by the Austin Automobile Company in Michigan.  When Austin entered the aircraft industry, she became interested in aeronautics. MacGill enrolled in the University of Michigan, and in 1929 became the first woman to graduate with a Master’s degree in aeronautical engineering. Just before graduation, MacGill was struck by polio and wrote her final exams from her hospital bed.  Not on to quit when told that she would never walk again,  on problems, MacGill spent the next few years learning to use canes, writing magazine articles on planes and flying, and continuing her studies at MIT in Boston.In 1934 she got her first break into the aeronautical business by securing the position of Assistant Engineer at the Fairchild Aircraft Company in Montreal.  She worked on, primarily, bush aircraft. 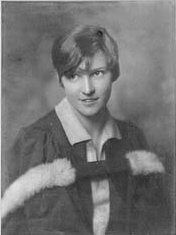 In 1938, as war in Europe was looming, MacGill was hired by Canada Car & Foundry at its plant in Fort William, now Thunder Bay.  Her first task was the design of the Maple Leaf Trainer II.  MacGill’s legs were never strong enough to fly her airplane but she flew in the second seat in every test flight.  An interesting side note on the Maple Leaf Trainer II is that it was designed for the Mexican air force and never flown by our own RCAF.  The plane was eventually built in Mexico. 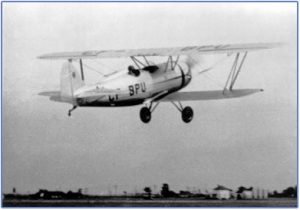 By 1939, with war  winding up, Canada Car & Foundry (CC&F) and its Chief Engineer, Elsie MacGill, were contracted by the RAF to design and build the Hawker Hurricane.  When the production of the Hurricane was complete in 1943, CC&Fs workforce of 4500 (half of the women), over 1400 aircraft had been built.  Refinements introduced by MacGill on the Hurricane included skis and de-icing controls for operating in the winter.  MacGill’s success with the Hurricane earned her the nickname “Queen of the Hurricanes”.  She was even featured in a comic book in the US under that name. 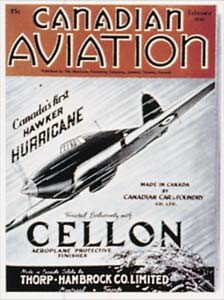 The CC&F plant went looking for new work to replace the Hurricane in 1943 and was awarded a contract by the US Navy to build the SB2C Helldiver.  This was not a happy time for either CC&F or for MacGill.  A continuous stream of specification changes from the aircraft designers meant the mass production of the aircraft was not possible.   The Navy grew frustrated at the delays and instead of figuring out where the bottle neck really was they visited the CC&F plant and had Elsie MacGill and the Helldiver line-production manager, Bill Soulsby, fired. 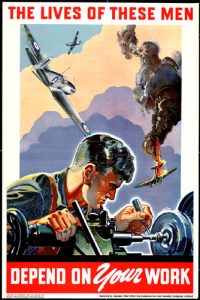 MacGill and Soulsby moved to Toronto to set up a consulting company.  In 1946, as Technical Advisor to ICAO(International Civil Aviation Organization), she wrote the International Air Worthiness regulations for the design and production of commercial aircraft, a document which, to this day with some updates, helps keep us safe in the skies.

But Elsie MacGill was not a one-trick pony – only an engineer.  In the 1960s sheworked hard on women’s issue.  From 1962 to 1964 she served as the national president of the Canadian Federation of Business and Professional Women’s Clubs.  In 1967 she was named by Prime Minister Lester Pearson to the Royal Commission on the Status of Women and one of the co-authors of the Commission’s report in 1970.  She was awarded with the Order of Canada in 1971.

As a founding member of the National Action Committee, she was involved in women’s issues right up the time her death. MacGill once said: “I have received many engineering awards, but I hope I will also be remembered as an advocate for the rights of women and children.” 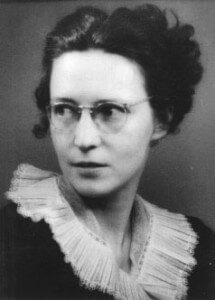 Elsie MacGill died on November 4, 1980 in a car accident in Cambridge, Massachusetts.

Canada Car and Foundry Company Part 1 – Birth of a Giant

This article is part 2

Canada Car and Foundry Company Part 4: The Bomber That Could Have Been