Hard work, dedication to the task, and development of industry, commerce, and community; these are the qualities that many Canadian immigrants, past and present, have brought us. The story of immigrant John Redpath is a story of success, driven by hard work, dedication to task, and development of industry, commerce, and community. John Redpath (1796-1869) was born in Scotland, during a period of agricultural reform called the Lowland Clearances. The reforms created economic hardship for the general populace, and at age 20, Redpath emigrated to Canada. At Quebec City, penniless, he left his ship, and walked to Montreal (a two-hour drive today), looking for work.

In Montreal, Redpath found work as a stonemason, and within a few years, had his own construction company. He soon joined his company in a consortium to build a canal around the Lachine Rapids on the St. Lawrence River, at Montreal.

Several attempts had been made, over more than 130 years, to bypass the Lachine Rapids, and so, in 1825, the canal that Redpath and the consortium built was a marvel; it allowed large vessels to sail up the St. Lawrence River, and hastened the development of Upper Canada.

Following his success on the Lachine Canal, Redpath partnered with Thomas McKay (another Scottish immigrant who settled in Montreal and became a stonemason) to perform construction on the Rideau Canal. They were to build a dam at Jones Falls, to assist in the creation of a series of four canal locks. For the time it was built (1826-1832), the Rideau Canal itself was an engineering marvel, but the works at Jones Falls were, and are today, the jewels in the crown of the Rideau.

At Jones Falls, boats must rise/fall almost 60 feet; this is accomplished by a set of four canal locks, and a dam, sometimes called the Whispering Dam, which holds back the 60 feet of water. This is the dam built by Redpath and McKay.

The dam is approximately 360 feet long and 60 feet high, and is built of large sandstone blocks cut at a nearby quarry, and hauled by horse-team to the site. The blocks were ‘dressed’ (shaped) on site; this work was precise, as no mortar or cement was used in this giant dam; the blocks were set in a giant arch, with the pressure of the water behind the dam pushing the perfectly-dressed blocks together, much as Roman arches do in many well-known stone structures.

When completed (1832), the Jones Falls dam was the largest dam in North America, a true marvel of engineering. But why is it called the ‘Whispering Dam’? Well, if a person stands at one edge of the dam, near the top, and another person stands at the other edge, the two can talk over a distance of almost 360 feet. This is a result of the shape of the dam. The Roman arch shape demanded of the huge sandstone dam made with no mortar. The abnormal acoustics were not designed; they were a delightful result of the design.

John Redpath worked on many other impressive structures, including Notre Dame de Montreal Basilica (one of the most dramatic Basilicas in the world), and a number of buildings that are now part of McGill University.

In 1854 Redpath created a sugar refinery in Montreal, a huge development for early Canada. Prior to 1854 almost all sugar was imported, and quality and price were poor. With his refinery on the Montreal waterfront, Redpath could import raw materials with his own ships, and process them here. Redpath soon had a virtual monopoly on sugar; he soon grew his refinery into first one, then two, giant works, which can still be seen in Montreal today.

John Redpath became a recognized businessman. His investments and influence helped develop a number of mining and resource industries in Quebec’s Eastern Townships. In 1833 Redpath was invited to serve on the Board of Directors of the Bank of Montreal, and served for 39 years.

John Redpath was also a man of  community and charity.

Redpath, a man of amazing skill and enterprise, who came to Canada with almost no education and no money, was also the benefactor of many educational efforts, including the first endowment fund established for Montreal‘s McGill University. 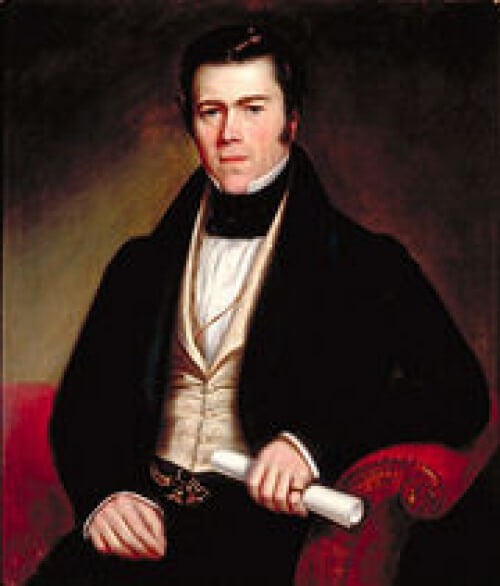 Article Name
John Redpath, the Whispering Dam, and Sugar
Description
The story of immigrant John Redpath is a story of success, driven by hard work, dedication to task, and development of industry, commerce, and community.
Author
Paul McManus