Below is a copy of the bill proposed by The United States to Annex Canada into the US.

Be it enacted by the Senate and House of Representatives of the United States of America in Congress assembled, That the President of the United States is hereby authorized and directed, whenever notice shall be deposited in the Department of State that the governments of Great Britain and the provinces of New Brunswick, Nova Scotia, Prince Edward Island, Newfoundland, Canada, British Columbia, and Vancouver’s Island have accepted the proposition hereinafter made by the United States, to publish by proclamation that, from the date thereof, the States of Nova Scotia, New Brunswick, Canada East, and Canada West, and the Territories of Selkirk, Saskatchewan, and Columbia, with limits and rights as by the act defined, are constituted and admitted as States and Territories of the United States of America. 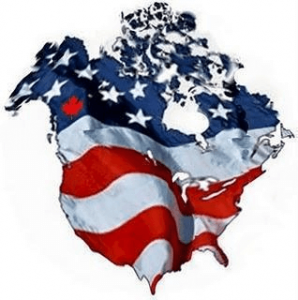 SEC. 2 And be it further enacted, That the following articles are hereby proposed, and from the date of the proclamation of the President of the United States shall take effect, as irrevocable conditions of the admission of the States of Nova Scotia, New Brunswick, Canada East, and Canada West, and the future States of Selkirk, Saskatchewan, and Columbia, to wit:

All public lands not sold or granted; canals, public harbors, light-houses, and piers; river and lake improvements; railway stocks, mortgages, and other debts due by railway companies to the provinces; custom-houses and post offices, shall vest in the United States; but all other public works and property shall belong to the State governments respectively, hereby constituted, together with all sums due from purchasers or lessees of lands, mines, or minerals at the time of the union.

For all purposes of State organization and representation in the Congress of the United States, Newfoundland shall be part of Canada East, and Prince Edward Island shall be part of Nova Scotia, except that each shall always be a separate representative district, and entitled to elect at least one member of the House of Representatives, and except, also, that the municipal authorities of Newfoundland and Prince Edward Island shall receive the indemnities agreed to be paid by the United States in Article II.

Territorial divisions are established as follows: (1) New Brunswick, with its present limits; (2) Nova Scotia, with the addition of Prince Edward Island; (3) Canada East, with the addition of Newfoundland and all territory east of longitude eighty degrees and south of Hudson’s strait; (4) Canada West, with the addition of territory south of Hudson’s bay and between longitude eighty degrees longitude ninety degrees; (5) Selkirk Territory, bounded east by longitude ninety degrees, south by the late boundary of the United States, west by longitude one hundred and five degrees, and north by the Arctic circle; (6) Saskatchewan Territory, bounded east by longitude one hundred and five degrees, south by latitude forty-nine degrees, west by the Rocky mountains, and north by latitude seventy degrees; (7) Columbia Territory, including Vancouver’s Island, and Queen Charlotte’s island, and bounded east and north by the Rocky mountains, south by latitude forty-nine degrees, and west by the Pacific ocean and Russian America. But Congress reserves the right of changing the limits and subdividing the areas of the western territories at discretion.

The Congress of the United States shall enact, in favor of the proposed Territories of Selkirk, Saskatchewan, and Columbia, all the provisions of the act organizing the Territory of Montana, so far as they can be made applicable.

The United States, by the construction of new canals, or the enlargement of existing canals, and by the improvement of shoals, will so aid the navigation of the Saint Lawrence river and the great lakes that vessels of fifteen hundred tons burden shall pass from the Gulf of Saint Lawrence to Lakes Superior and Michigan: Provided, That the expenditure under this article shall not exceed fifty millions of dollars.

To aid the construction of a railway from Truro, in Nova Scotia, to Riviere du Loup, in Canada East, and a railway from the city of Ottawa, by way of Sault Ste. Marie, Bayfield, and Superior, in Wisconsin, Pembina, and Fort Garry, on the Red River of the North, and the valley of the North Saskatchewan river to some point on the Pacific ocean north of latitude forty-nine degrees, the United States will grant lands along the lines of said roads to the amount of twenty sections, or twelve thousand eight hundred acres, per mile, to be selected and sold in the manner prescribed in the act to aid the construction of the Northern Pacific railroad, approved July two, eighteen hundred and sixty-two, and acts amendatory thereof; and in addition to said grants of lands, the United States will further guarantee dividends of five per centum upon the stock of the company or companies which may be authorized by Congress to undertake the construction of said railways: Provided, That such guarantee of stock shall not exceed the sum of thirty thousand dollars per mile, and Congress shall regulate the securities for advances on account thereof.

The public lands in the late provinces, as far as practicable, shall be surveyed according to the rectangular system of the General Land office of the United States; and in the Territories west of longitude ninety degrees, or the western boundary of Canada West, sections sixteen and thirty-six shall be granted for the encouragement of schools, and after the organization of the Territories into States, five per centum of the net proceeds of sales of public lands shall be paid into their treasuries as a fund for the improvement of roads and rivers.

The United States will pay ten millions of dollars to the Hudson Bay Company in full discharge of all claims to territory or jurisdiction in North America, whether founded on the charter of the company or any treaty, law, or usage.

It shall be devolved upon the legislatures of New Brunswick, Nova Scotia, Canada East, and Canada West, to conform the tenure of office and the local institutions of said States to the Constitution and laws of the United States, subject to revision by Congress.

SEC 3. And be it further enacted, That if Prince Edward Island and Newfoundland, or either of those provinces, shall decline union with the United States, and the remaining provinces, with the consent of Great Britain, shall accept the proposition of the United States, the foregoing stipulations in favor of Prince Edward Island and Newfoundland, or either of them, will be omitted; but in all other respects the United States will give full effect to the plan of union. If Prince Edward Island, Newfoundland, Nova Scotia, and New Brunswick shall decline the proposition, but Canada, British Columbia, and Vancouver island shall, with the consent of Great Britain, accept the same, the construction of a railway from Truro to Riviere du Loup, with all stipulations relating to the maritime provinces, will form no part of the proposed plan of union, but the same will be consummated in all other respects. If Canada shall decline the proposition, then the stipulations in regard to the Saint Lawrence canals and a railway from Ottawa to Sault Ste. Marie, with the Canadian clause of debt and revenue indemnity, will be relinquished. If the plan of union shall only be accepted in regard to the northwestern territory and the Pacific provinces, the United States will aid the construction, on the terms named, of a railway from the western extremity of Lake Superior, in the State of Minnesota, by way of Pembina, Fort Garry, and the valley of the Saskatchewan, to the Pacific coast, north of latitude forty-nine degrees, besides securing all the rights and privileges of an American territory to the proposed Territories of Selkirk, Saskatchewan, and Columbia. 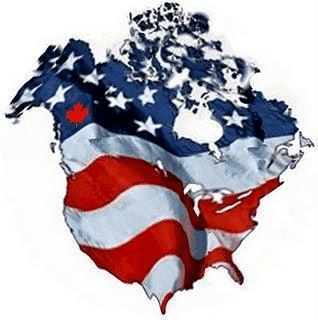