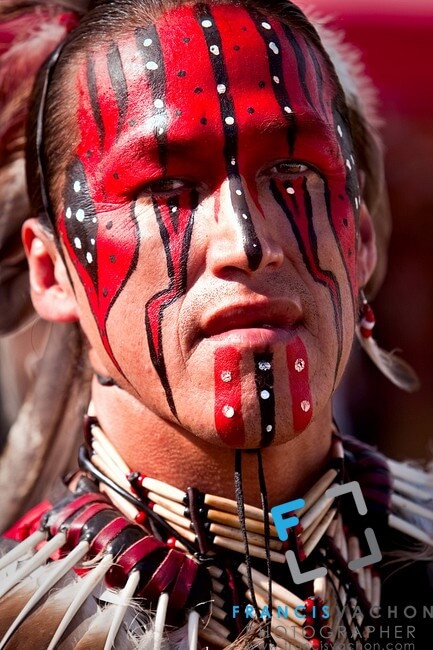 Below is the Algonquin Indian Creation Story.

In the beginning of creation there was nothing but water everywhere and no land could be seen. On the waves, a canoe floated and a man sat in it and wept because he had no idea what would happen. After a while, a muskrat climbed onto the canoe and said, “Greetings, grandfather. Why are you crying?” The man answered, “I have been here a long time and I cannot find any land.” The muskrat replied, “But there is earth under all this water.” The man asked the muskrat to get him some land and the muskrat dove down and came up with both paws full of mud. He dove again and brought up a ball of earth in his mouth. The man did not think this was enough land to live on. The man asked the muskrat if he was all alone and the muskrat answered, “no.” The muskrat gave out a call and the animal chiefs of the waters swam up to the canoe. The first to come was a white muskrat. “I hear that you want to see us,” the white muskrat said to the man. “yes,” answered the man, “I want you to bring me some earth so I can make the world. I will make it a good world where we can all live.” The animals agreed and they all began to dive. They all brought up earth and the man they called grandfather kneaded the mud that they brought and molded it into a long column that reached from the surface of the water to the earth beneath it and continued to add with the help of the animals. In time they would create a world of trees, mountains, and beauty for all to live.