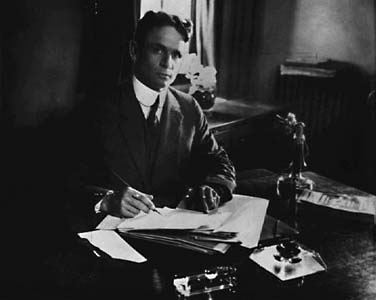 His books Crop Production in Western Canada (1920) and Dry Farming in Western Canada (1921) became the definitive scientific texts on dry land farming and water conservation. They covered such topics as moisture conservation, tillage techniques, summer fallowing, crop rotation, and weed control. These books encapsulated the research conducted by him and other Ontario born farmers.  They represented the knowledge to take the marginal lands of the semi-arid prairie and make them some of the most productive farmland on the continent.

John Bracken’s books were complemented by those of Seager Wheeler. Who in 1919 published Seager Wheeler’s Book on Profitable Grain Growing. This was a practical guide for the prairie farmer.  It was written in plain language and much less academic than the work of Bracken. It gave precise details on all aspects of dryland farming.  It put particular stress on methods of deep ploughing, and seed and root-bed preparation. He was also a promoter of Marquis Wheat and other hardy strains that thrived in the dry belt. The success of Wheeler’s methods was clear in the many prizes he won at agricultural exhibitions. Bracken left the Manitoba Agricultural College to begin a new career in politics in 1922. He was elected to the provincial legislature in that year under the banner of the United Farmers of Manitoba. The UFM was a loose coalition primarily of farmers frustrated with the traditional parties. With candidates in less than two thirds of provincial ridings, a limited campaign, and no leader, the UFM won a majority. Bracken, who admitted before the election he had never voted, emerged as the leader. He served as premier until 1942.  First as leader of the UFM and later as leader of the Progressive Party. In 1942, the Progressives merged with the federal Conservatives to form the Progressive Conservative Party. Bracken left provincial politics to serve as the leader of the federal opposition until 1948.

Description
One of the more prominent figures of this scientific revolution was agronomist John Bracken.
Author
Bruce Ricketts
Publisher Name
Mysteries of Canada