The Battle of Britain

The Battle of France is over. I expect that the Battle of Britain is about to begin. Upon this battle depends the survival of Christian civilization. Upon it depends our British life, and the long continuity of our institutions and our Empire. The whole fury and might of the enemy must very soon be turned on us. Hitler knows that he will have to break us in this island or lose the war. Let us therefore brace ourselves to our duties, and so bear ourselves that, if the British Empire and its Commonwealth last for a thousand years, men will still say, “This was their finest hour.” 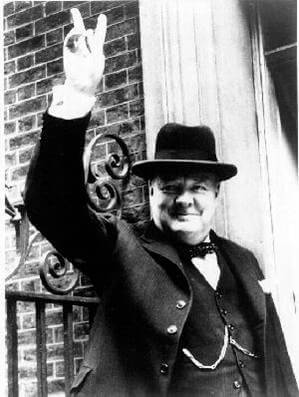 July 1940, the German war machine had overrun France and was now poised at the English Channel. Britain anticipated that they would be invaded next. The German army and the Luftwaffe had made short work of Poland, before turning their attention north and then west. The British Norwegian Campaign had ended ignominiously while the British Expeditionary Force had been whipped in France. The successful evacuation of over 335,000 British and French soldiers from Dunkirk hid the apparent failure against the Blitzkrieg. The Germans appeared unbeatable.

With the Germans almost at their doorstep, all England looked to the Royal Air Force. Both the English and the Germans realized that before the German armies could invade, the RAF would have to be eliminated. With this in mind, the Luftwaffe first probed for weaknesses by attacking targets in southern England. This was followed by attacks against RAF airfields and radar stations. 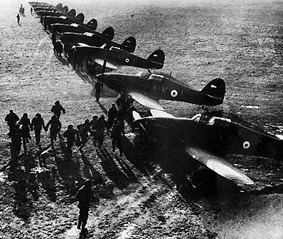 The RAF, already badly weakened through having sent squadrons to France, was suffering heavily in the daily attacks on their airfields. Although fighting valiantly, losses of men and machines mounted, nearing a critical level. Relief came from an unexpected source. A German bomber accidentally bombed London prompting the RAF to attack Berlin. Hitler was incensed, ordering that the Luftwaffe now turn their attention to levelling London.

With the Luftwaffe’s attention now turned to London and other British cities, the heat was still not off the RAF. The elimination of Britain’s still developing war industry could have dealt Britain a grave blow. Day after day the Luftwaffe came to bomb the docks, factories and infrastructure of the last bastion in Europe. Daily the RAF met the challenge. The stalwart defence during the day forced the Luftwaffe to attack at night. By the end of October, the Luftwaffe had exhausted itself. With it went the last chance of an invasion of Britain by the German army. 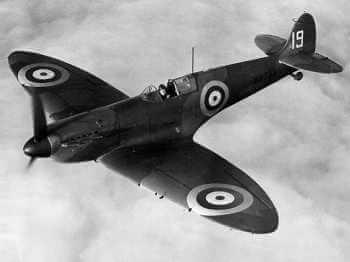 Canadian airmen played their part in the Battle of Britain. Over 100 Canadian pilots flew on fighter operations during the Battle of Britain. Another 200 fought with the RAF’s Bomber and Coastal Commands. An untold number of Canadians served as ground crew, keeping the fighters, bombers and patrol aircraft flying.

These Canadian pilots distinguished themselves, not only in the Battle of Britain, but also in later battles. They were not alone however. Joining the British and Canadians, were pilots from Australia, New Zealand and South Africa, from Czechoslovakia, France and Poland, and from the United States. It was an international effort to defend democracy. Few of them recognized the significance of their actions at the time.

The significance of the Battle of Britain is more than just a matter of Aircraft kills and medals. It was the first time that air power saved a nation. Not only was it a military victory, but it also gave a sombre nation hope for the future. For Canada, the leadership provided by these experienced fliers was to be instrumental in the development of the Royal Canadian Air Force. The Battle of Britain was also the first occasion in which Canadian airmen flew in Canadian units in a sustained battle.

The 66th anniversary ceremony for the Battle of Britain was held in Ottawa on September 17th.  Click here for that story.

The Battle of Britain was last modified: February 9th, 2017 by Bruce Ricketts
Summary