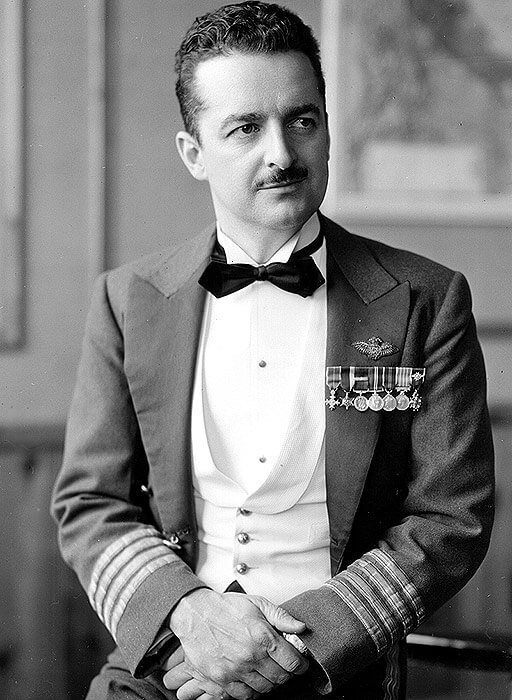 Mr. Patrick, a Royal Canadian Air Force (RCAF) officer, founded Canadian Aviation Electronics on St. Patrick’s Day, 1947.  The company is commonly referred to as CAE.  It began operations with 18 employees in a vacant aircraft hangar at St-Hubert Airport, in the suburbs of Montreal.

At the time, Mr. Patrick said that his goal was “to create something Canadian and take advantage of a war-trained team that was extremely innovative and very technology-intensive.” Within a week he signed a contract with the Air Force, to build and install radar systems above the Arctic Circle.  These systems would detect potential Russian bombers at the start of the Cold War. The contract was a success, both technically and financially, and assured CAE’s reputation.

In 1953, he commissioned the construction of a new plant in Ville St-Laurent, Montreal, where 500 employees manufactured, modified or serviced everything from flight simulators to televisions, radios, hi-fidelity sets, radar equipment and a search and rescue homing system for the RCAF’s rescue network. More than 4,000 employees work at CAE St-Laurent manufacturing facility today.

“CAE employees worldwide are grateful for the spirit of entrepreneurship that led Mr. Patrick to create what was, and what is now, a great Canadian company,” said Derek H. Burney, CAE President and Chief Executive Officer.