HomeMilitaryMarquis de Lafayette – The Invasion that was not

Marquis de Lafayette – The Invasion that was not

Marquis de Lafayette was an interesting guy.  He created the tri-color flag for France in 1789.  He joined the Americans during the War of independence.  He became a close friend of George Washington.  And he led a planned invasion of Canada. An invasion that never took place. Marie Joseph Paul Yves Roche Gilbert du Motier, the Marquis de Lafayette, was born in in France in 1757.  He grew up as an adventurer and a romantic and longed for a “just cause”. 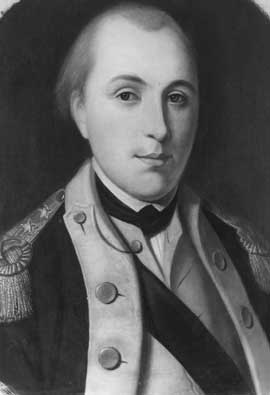 When Marquis de Lafayette learned of the struggle of the Americans in their endeavor to secure their independence, he resolved to come to the colonies to aid them as a volunteer. He had the backing of Silas Deane, the US representative to France, who was charged to recruit young French officers for the US. Deane was later recalled by the US under a cloud of suspicion that he accepted kick-backs from the French thrill-seekers.

Marquis de Lafayette landed near Charleston, South Carolina on June 13, 1777.  He presented his Deane-introduction letter stating that he was to be a General in the US Army and was welcomed with great hospitably. He proceeded to Philadelphia and was welcomed by Congress.  Who wouldn’t welcome someone who was willing to serve in the army without pay?

Since Marquis de Lafayette represented the highest rank of French nobility and his motives were so patriotic in the American cause, the Congress commissioned him a Major General on the 31st of July, 1777. Later that summer Lafayette met General George Washington.  A friendship developed between the two men which lasted as long as Washington lived.  All this, and Lafayette was not even 20 years old!

Marquis de Lafayette hated the slave trade in America; it was one of the few things about the Revolution that he couldn’t abide.  He was tireless in his criticism of slavery and its proponents.  His views on slavery had a tremendous effect on Washington, who ultimately freed the slaves at Mount Vernon upon his death.  Due in part to Lafayette’s influence.

Lafayette was a member of Washington’s staff and during the Battle of the Brandywine.  He participated in the closing part of the battle when he was wounded in the leg.  He rejoined the American forces after recovering from his wound.

As Lafayette was making his meteoric rise in Washington’s Army another US General, Horatio Gates, was taking notice.  Gates was not a fan of Washington nor of Lafayette.  In October of 1777, Gates was appointed the President of the War Board.  In this position he created an assignment for Lafayette to head up an small army that was supposed to invade Canada.  Gates planned the whole affair without the knowledge of Washington.  Washington got wind of the plan only when Lafayette approached him carrying his “commission” from Gates.

On February 17, 1778, Lafayette rode to Albany New York, where the invasion was being staged.  He was appalled at what he saw.  There were too few troops. Those who were there were poorly equipped.  Most importantly, there was wide spread derision over the plan to prosecute the invasion during the winter months.  And what’s more, the British and Canadians were expecting the invasion.

Lafayette wrote to Washington stating; “I am sent, with a great noise, at the head of the army to do great things. The whole continent, France, and what is the worst, the British army will be in expectation.”

In March of 1778, the invasion plan was postponed and eventually discarded.

In 1781, following a glorious career in the US Army, Lafayette returned to France.  His only visit back to the US was in 1825 at the invitation of the US government. The Marquis de Lafayette  died in 1834 in France.

Marquis de Lafayette – The Invasion that was not was last modified: February 1st, 2016 by Bruce Ricketts
Summary