There are Three Military Valour decorations in Canada

The Victoria Cross is a British honor which has been awarded to 94 Canadians.  The Star of Military Valour and the Medal of Military Valour were created in 1993 specifically for the Canadian military.  They are awarded to recognize acts of valor, self-sacrifice or devotion to duty in the presence of the enemy. The first Military Valour awards were made in 2006 for action in Afghanistan.  The recipients are:

Star of Military Valour – Sergeant Tower is recognized for valiant actions taken on August 3, 2006, in the Pashmul region of Afghanistan. Following an enemy strike against an outlying friendly position that resulted in numerous casualties, Sergeant Tower assembled the platoon medic and a third soldier and led them across 150 metres of open terrain, under heavy enemy fire, to render assistance. On learning that the acting platoon commander had perished, Sergeant Tower assumed command and led the successful extraction of the force under continuous small arms and rocket-propelled grenade fire. Sergeant Tower’s courage and selfless devotion to duty contributed directly to the survival of the remaining platoon members.

Medal of Military Valour – Sergeant Denine deployed with 8 Platoon, C Company, 1 PPCLI during Operation ARCHER in Afghanistan. On May 17, 2006, while sustaining concentrated rocket-propelled grenade, machine gun and small arms fire, the main cannon and the machine gun on his light armoured vehicle malfunctioned. Under intense enemy fire, he recognized the immediate need to suppress the enemy fire and exited the air sentry hatch to man the pintle-mounted machine gun. Completely exposed to enemy fire, he laid down a high volume of suppressive fire, forcing the enemy to withdraw. Sergeant Denine’s valiant action ensured mission success and likely saved the lives of his crew.

Medal of Military Valour – Master Corporal Fitzgerald deployed with 5 Platoon, B Company, 1 PPCLI Battle Group in Afghanistan. He is recognized for outstanding selfless and valiant actions carried out on May 24, 2006, during an ongoing enemy ambush involving intense, accurate enemy fire. Master Corporal Fitzgerald repeatedly exposed himself to enemy fire by entering and re-entering a burning platoon vehicle and successfully driving it off the roadway, permitting the remaining vehicles trapped in the enemy zone to break free. Master Corporal Fitzgerald’s courageous and completely selfless actions were instrumental to his platoon’s successful egress and undoubtedly contributed to saving the lives of his fellow platoon members.

Medal of Military Valour – Private Lamont deployed with the Health Support Services Company, 1 PPCLI Battle Group during Operation ARCHER. On July 13, 2006, an element of the reconnaissance platoon came under heavy enemy fire from a compound located in Helmand Province, Afghanistan, and was isolated from the rest of the platoon. During the firefight, another soldier was shot while attempting to withdraw back to the firing line and was unable to continue. Without regard for his personal safety, Private Lamont, under concentrated enemy fire and with no organized suppression by friendly forces, sprinted through open terrain to administer first aid. Private Lamont’s actions demonstrated tremendous courage, selflessness and devotion to duty.

The Star and Medal of Military Valour was last modified: February 3rd, 2016 by Bruce Ricketts
Summary 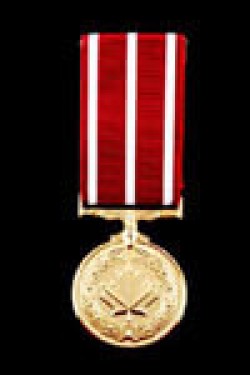