A Look at Halifax

HALIFAX: From Hell on the Water to Harbor Imperium 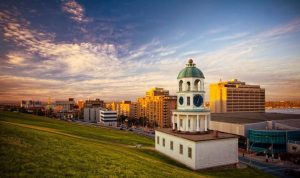 One place you won’t want to miss when traveling through Canada is Halifax, Nova Scotia. This Maritime city is known for many things, one of which is being the site of the second largest natural harbor in the world. Only the harbor of Sydney Australia is larger. This fact obviously made Halifax a town of industry and innovation as it was one of the major harbor towns in the world at the time. 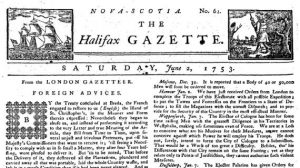 This coastal Canadian city is also responsible for quite a few other memorable events. For example in 1752 the first Canadian newspaper was published. This newspaper was named the Halifax Gazette. Only a few years after, the first Canadian post office was opened in town. Because of its location, it was a meeting place for pretty much everyone from all walks of life. British military were still based in Halifax at the time it became a very important harbor town and civilians from all places of the world crossed paths here when traveling internationally. 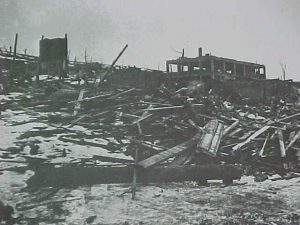 One of the things that Halifax is probably most famous for, unfortunately, is an event that we know today as the Halifax Explosion. For those who don’t know the story, this was an unprecedented explosion caused by two ships that collided, as one tried to navigate into the harbor and the other tried navigating out. The ship responsible for the ensuing explosion which caused the deaths of over 1900 people and wounding of over 9000 others, was the called the Mont Blanc. This ship was carrying close to 3000 tons of ammunition bound for France.

Even with its grim history in this regard, what makes Halifax a wonderful place to visit is the feeling you get when walking through this amazing harbor town. For example, you can feel like you’re walking through a page in the history books when visiting Privateers Wharf. This is a completely restored 19th-century Halifax neighborhood. Once you have seen this quaint little nook, take a ride out to the Halifax Citadel. This is the location of yet another fort called Fort George. At Fort George one can gaze across the whole city center.

Interestingly enough, there are quite a few famous showbiz names that were born in Halifax. One name that all of us probably recognize is that of Denny Doherty from the band; “The Mamas And The Papas.” Besides Denny, another famous singer, Sarah McLachlan also has her roots in this old coastal city. These two share their birthplace with no less than two famous producers, a screenwriter, two actresses and a well-known ice hockey player! No doubt that Halifax is a place that everybody visiting Canada should get a chance to experience.