The following is a Plot Summary and Analysis of Season 5, Episode 5 of the History Channel’s TV series The Curse of Oak Island.

At the Money Pit area, Rick and Marty Lagina, Craig Tester, and Dave Blankenship meet with geophysical engineer and Oak Island researcher John Wonnacott who, the narrator explains, helped develop the GeoTech Grid that Oak Island Tours Inc. is drilling along with his partner, Les MacPhie. Wonnocott and the Oak Island crew discuss the undergoing drilling operation and the fact that the sixteen holes drilled thus far have yielded little of interest.

On Nova Scotia’s Cape Breton Island, in the town of Sydney, Alex Lagina, Charles Barkhouse, Peter Fornetti, and Oak Island researcher Doug Crowell sift through archival material in the Beaton Institute. Barkhouse quickly unearths “an affidavit by William Chappell in connection with the drilling done in 1897.” Barkhouse and the narrator remind us of the piece of parchment discovered at depth in the Money Pit during this operation.

Following that discovery, Alex quotes a line from the document that he himself is handling, namely a sworn statement by Frederick Blair: “Mr. Putnam was too conservative and cautious to state publicly the important fact that when the drill came to the surface, it showed unmistakable evidence of having gone through or into gold. He did, however, make such a statement in confidence to me and to a few close friends.” Crowell then claims that he had heard rumours that fragments of gold were found on the drill bit, but, until then, did not know their source. When the four men phone up Marty Lagina to tell him of their find, the treasure hunters discuss Frederick Blair’s well-known reputation for honesty, and the high esteem in which Blair evidently held T. Perley Putnam, the ‘Mr. Putnam’ referenced in his affidavit- facts supporting the notion that there was, indeed, gold buried somewhere in the Money Pit area.

Later, the Oak Island crew meets in the War Room, where Crowell informs them of a critical discovery he made while examining the ‘dig notes’ recorded during the construction of the Chappell Shaft in the 1930’s. According to the notes, the bottom of the Chappell Shaft was situated 10-12 feet north of the Shaft’s top. As the GeoTech grid had been planned with the assumption that the Chappell Shaft was in perfect vertical alignment, this new information may necessitate an adjustment to some of the prescribed holes, or perhaps the drilling of additional holes.

The following day, Rick Lagina, Dave Blankenship, and Charles Barkhouse meet with geologist Terry Matheson at the Money Pit area where, the narrator informs us, eight additional drill holes have been prescribed in light of Crowell’s discovery. There, the Brewster Drill Team proceeds to sink the first of these holes, dubbed ‘H8’.

While the drilling operation commences, Marty Lagina, Dave Blankenship, and Gary Drayton go on a metal detecting excursion at the Boulderless Beach, a roughly 100-foot-long stretch of beach on Oak Island’s northeast shore curiously bereft of large rocks. On this particular excursion, Drayton employs a Minelab GPX-5000 metal detector, a high performance pulse induction rig which specializes in the discovery of deep artifacts.

After combing the beach without any luck, Drayton suddenly gets a strong hit of iron. Marty, equipped with a spade, reveals the object to be an old, warped, wrought iron spike (strongly reminiscent of the rosehead nail discovered in the Season 5 premiere) which Drayton suspects is a early 18th Century ‘ship spike.’ The treasure hunters decide to show the artifact to Laird Niven.

While Marty, Dave, and Gary wait for Laird to arrive at the Boulderless Beach, Rick Lagina sifts through the spoils of H8 at the Money Pit area. He remarks to driller Ivan Gough that some of the spoils smell like creosote, whereupon the narrator briefs us on creosote’s history as a wood preservation agent, and suggests that its presence in the H8 spoils is evidence of a 19th Century searcher tunnel.

When H8 reaches a depth of around 145 feet, it enters a void in which it apparently clips the side of some hard, mysterious object. In a later interview, Rick remarks that this discovery is consistent with the Chappell Vault, and suggests the H8 drill bit might have brushed up against this elusive subterranean structure. Rick orders the drill team to continue drilling in order to see what else the H8 drill bit encounters.

Back at the Boulderless Beach, Marty Lagina, Dave Blankenship, and Gary Drayton are joined by Laird Niven. When they show the archaeologist the spike they have unearthed, Niven echoes Drayton’s analysis, speculating that it is a wharf nail crafted sometime in the 18th Century.

Following Niven’s analysis, the four men join Rick Lagina, Charles Barkhouse, and Terry Matheson at the Money Pit area. While panning H8 spoils in a sieve, Matheson discovers several small shards of pottery recovered from a depth of 192 feet, a depth deeper than that of any other man-made object ever recovered on Oak Island. Shortly thereafter, the team uncovers a fragment of some hard, dense object in the core sample taken from the 160-165-foot depth. Rick Lagina suggests that this item appears, at first glance, to be composed of some variety of extremely dense wood. Charles Barkhouse suggests it might be a piece of lignum vitae (a.k.a. palo santo), an extraordinarily strong, tough, and dense hardwood endemic to the northern coast of South America and the Caribbean, while geologist Terry Matheson affirms that it is not rock. The three treasure hunters, along with Marty, whom Rick phones immediately, all agree that the pottery fragments and the mysterious item ought to be submitted for analysis.

Later that night, Rick and Marty Lagina, Dave Blankenship, Charles Barkhouse, Jack Begley, and Craig Tester, the latter via video conference, meet in the War Room with Laird Niven. There, they present the archaeologist with their recent discoveries. Upon analyzing the items, Niven concludes that the pottery fragments constitutes hand-painted pearlware from Staffordshire, England, painted blue in imitation of Chinese pottery, and dates them from 1780-1800. The hard, dense mystery object, on the other hand, he identifies as bone. The treasure hunters, all pleasantly surprised by Niven’s deduction, agree to submit the bone fragment for further analysis. 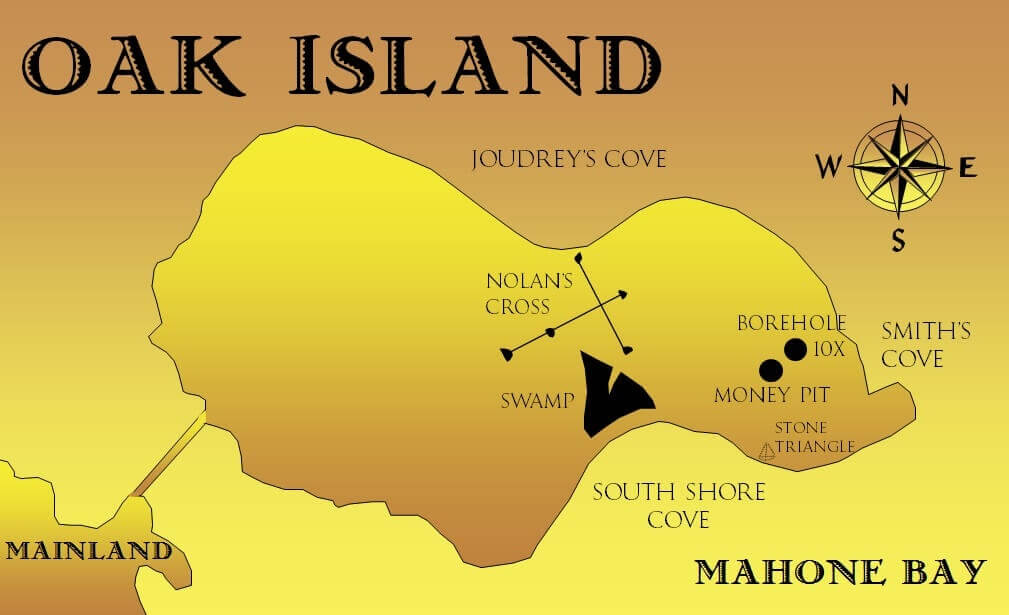 A Precursor to the GeoTech Grid

In light of the findings made in this episode, namely the discoveries of pottery and other artifacts at depth in the Money Pit area, it is interesting to note that another Oak Island pattern drilling operation very similar to the GeoTech Grid yielded similar results nearly half a century ago.

In the late 1960’s, Triton Alliance (the treasure hunting syndicate of which Dan Blankenship was a partner) immediately initiated a massive exploration drilling operation with the goal of finding evidence of original work at depth. A contract drilling company called Becker Drilling punched around 60 holes in the Money Pit area. These drill holes revealed pieces of china, oak wood (carbon dated from 1490- 1660), cement, charcoal, metal, brick, and even open chambers and wood-shored tunnels at 160-212-foot depths. They also rediscovered the Greene-Dunfield cavity north of the Chappell Shaft, along with a 160-190-foot chamber beneath the Hedden Shaft filled with blue clay in which were suspended equidistant layers of pebbles. At the bottom of this second chamber was some sort of brass object which the drill chewed into.

Gold in the Money Pit

In this episode, Alex Lagina, Charles Barkhouse, Peter Fornetti, and Doug Crowell discovered a sworn statement from Frederick Blair. Blair claimed that he heard from treasure hunter T. Perley Putnam that the exploration drilling operation carried out in 1897 by the Oak Island Treasure Company yielded “unmistakable evidence” that gold was buried in the Money Pit. Interestingly, Putnam and Blair’s allegations that gold lay at the bottom of the Money Pit were not the first of their kind. In the summer of 1850, Jotham B. McCully and members of the Truro Company conducted an exploration drilling operation in the Money Pit and allegedly recovered three tiny links of gold chain from a depth of 98 feet. 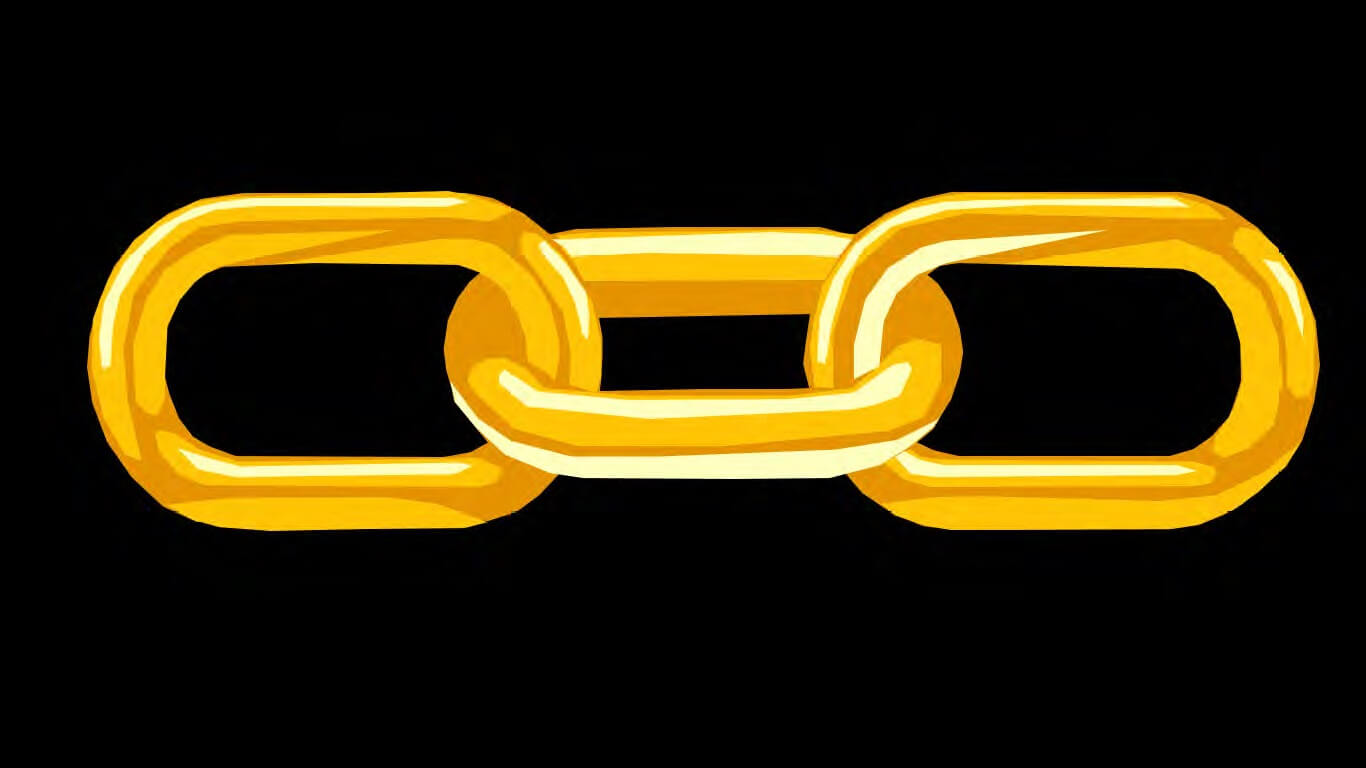 In this episode, Rick Lagina declares that some of the spoils from Drillhole H8 smell like creosote. The narrator then suggests that this creosote might be a remnant of an old searcher tunnel.

The Boulderless Beach, mentioned briefly in this episode, is a roughly 100-foot-long stretch of beach on Oak Island’s northeast shore curiously bereft of large rocks. This strange area features in a number of Oak Island theories, including the notion that the Smith’s Cove flood tunnel was composed of the area’s missing rocks, as well as researcher J. Hutton Pulitzer’s theory that the area’s boulders were used to construct some sort of Roman rubble ramp. 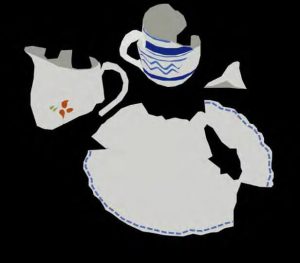 An interpretation of assembled pottery fragments discovered by the Restall family in 1964. Original image courtesy of Lee Lamb and Richard Restall.

In this episode, a number of pottery shards were brought up from Drillhole H8’s 160-165-foot depth. This is not the first time pottery had been discovered on Oak Island. Other instances include:

In light of this most recent discovery of pottery, it is interesting to note that a number of Oak Island theories maintain that precious porcelain was one of the treasures interred in the Money Pit by its original builders, or that pottery plays an important role in the Oak Island mystery. These theories include:

In this episode, archaelogist Laird Niven identifies the pottery shards brought up from Drillhole H8’s 192-foot depth as hand-painted pearlware from Staffordshire, England.

Starting in 1720, the county of Staffordshire in the West Midlands of England became a centre of ceramic production. Local red clay, salt, lead (for glazing), and coal provided all the raw ingredients necessary for pottery production, and local potter John Astbury’s 1720 discovery that ground flint added to local red clay made for beautiful creamware ensured that Staffordshire had a monopoly on this attractive new style of ceramic.

Decades after Astbury’s discovery, a Staffordshire potter named Josiah Wedgwood developed a unique and superior style of Staffordshire pottery. These pieces consisted of an attractive creamware body composed of Staffordshire clay and small amounts of kaolin, or ‘china clay,’ coated with a blueish glaze containing china stone (kaolinised granite) and cobalt. Wedgwood named his almost-translucent-looking creation ‘Pearl White,’ and began marketing it as such in 1779. Over the years, ‘Pearl White’ has been contorted into ‘pearlware’.

Like much European pottery produced throughout the 18th Century, Staffordshire pearlware was often ornamented with designs hand-painted with blue tin or cobalt oxide in imitation of Chinese porcelain.

In this episode, the Oak Island team unearths a bone fragment from Drillhole H8’s 160-165-foot depth. Although cat bones, likely belonging to treasure hunter Dan Henskee’s lost kittens, have been discovered in Borehole 10-X, this fragment is the first piece of bone known to have been discovered in the Money Pit area. This discovery raises the question of whether the bone fragment is human.

If the fragment does, indeed, prove to be human, there are a number of possibilities regarding the identity of its former owner. Some potential candidates include: