The Curse of Oak Island- Season 5, Episode 6: Remains of the Day

The Curse of Oak Island- Season 5, Episode 6: Remains of the Day

Wow, what a show! I’ve decided to forego the ‘Analysis’ for this one on a hunch that all of the questions raised in this episode will be answered next week. Read on for a plot summary of this week’s episode of the History Channel’s TV series The Curse of Oak Island.

The episode begins with Jack Begley and Dan Henskee sifting through Drillhole H8’s spoils near the Money Pit area. After searching for some time, Begley discovers a small shard of pottery with a blue square spiral painted beneath the glaze. Shortly thereafter, they find a small, strange-looking piece of wood with a grain pattern that almost appears to be artificial. Both items are bagged and labelled.

The two treasure hunters are soon joined by Rick Lagina and Charles Barkhouse, to whom they present their new findings in the Oak Island Interpretive Centre. Rick maintains that the pottery piece, with its distinctive pattern, is unlike an other piece of ceramic ever found on the island, while Charles speculates that the strange piece of wood is some sort of tree bark. 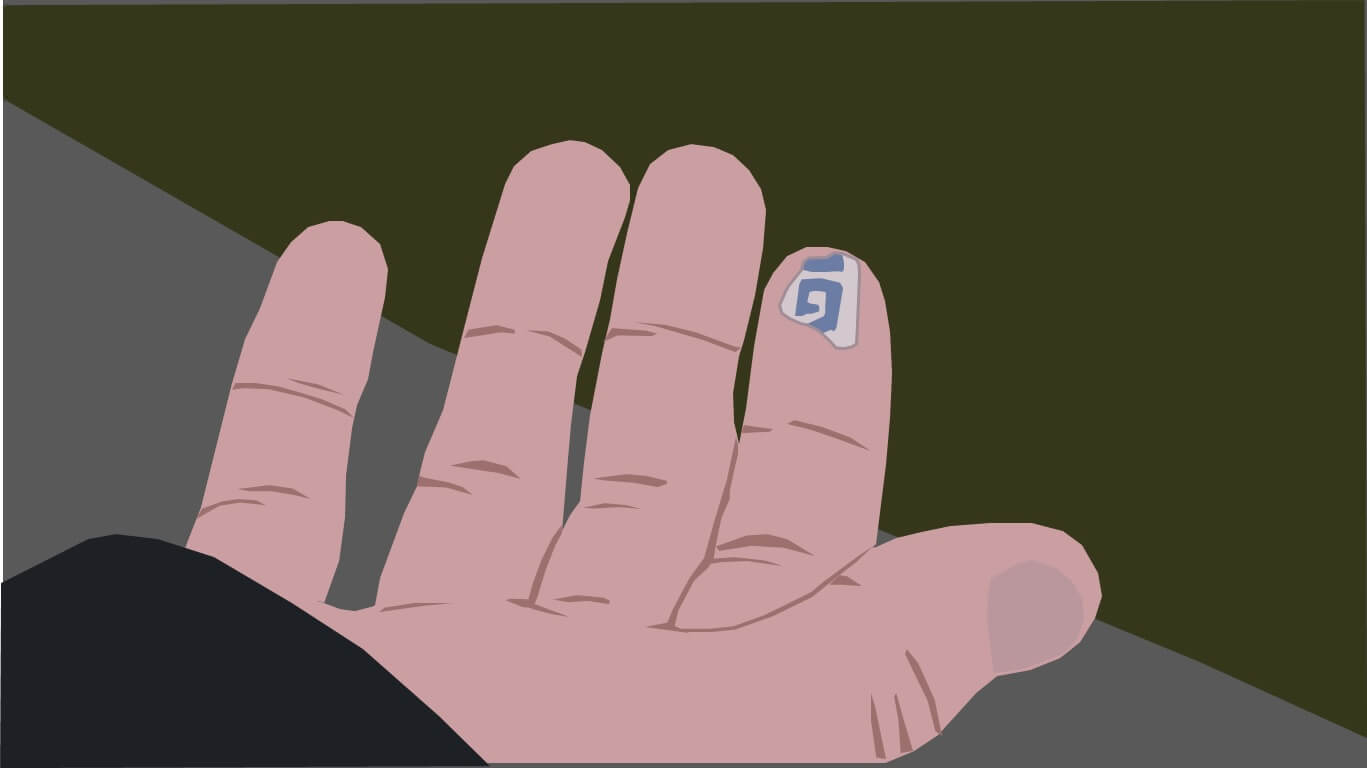 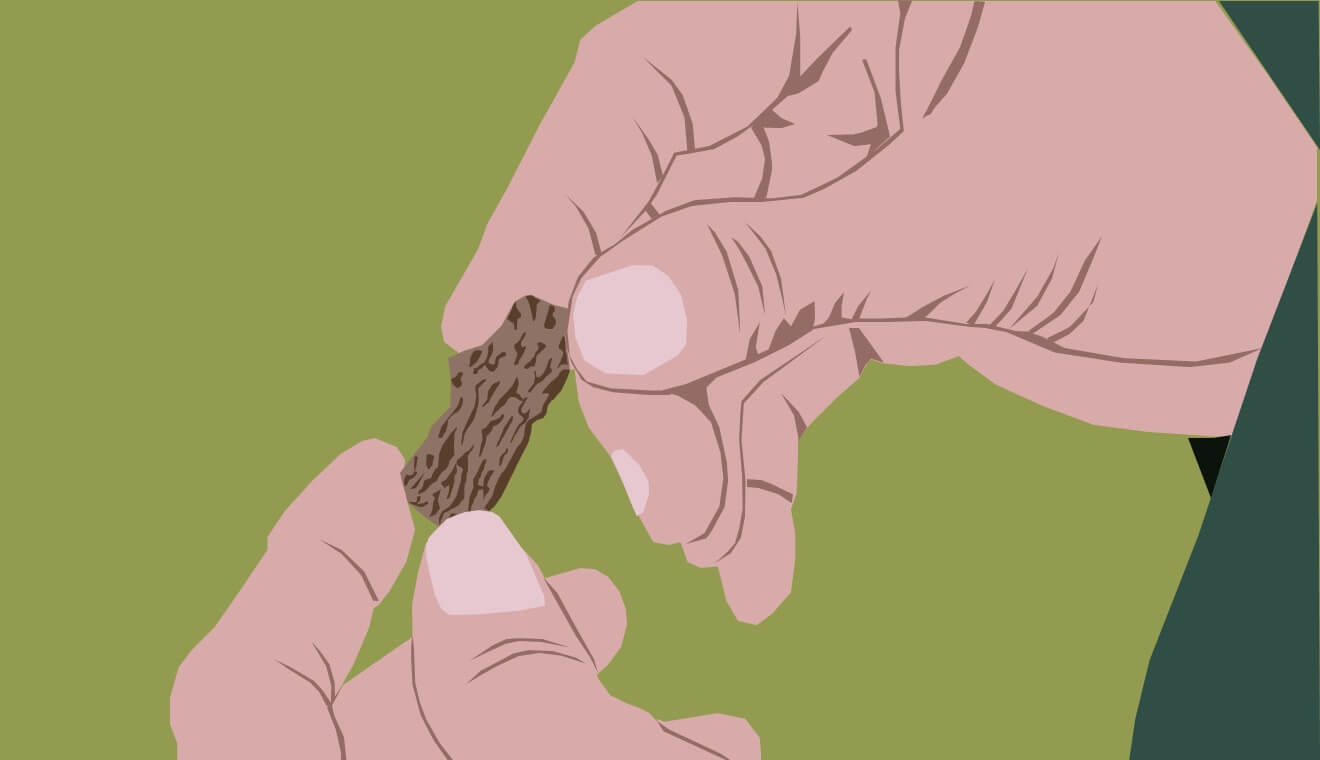 The following day, Rick and Marty Lagina and Craig Tester pay a visit to Saint Mary’s University in Halifax, Nova Scotia. There, they meet with Associate Professor of Chemistry Dr. Christa Brosseau, to whom they submit the bark-like fragment and the piece of what archaeologist Laird Niven identified as bone, which the team found in H8 the previous episode. Brosseau leads the treasure hunters to a lab, where she and research instrument technician Dr. Xiang Yang examine the artifacts with an electron microscope. The scientists determine that the second object is indeed bone, but claim that they will need to analyse its DNA before they can determine whether it is animal or human. After examining the bark-like object, they conclude that it, too, is a piece of bone, and that it contains traces of soft tissue and hair.

Later, Jack Begley and Dan Henskee continue searching through H8’s spoils for additional artifacts, where they quickly unearth what Henskee suggests is a piece of shoe leather. Shortly thereafter Begley finds another artifact which he believes to be a piece of parchment, but which Henskee suggests is plastic. 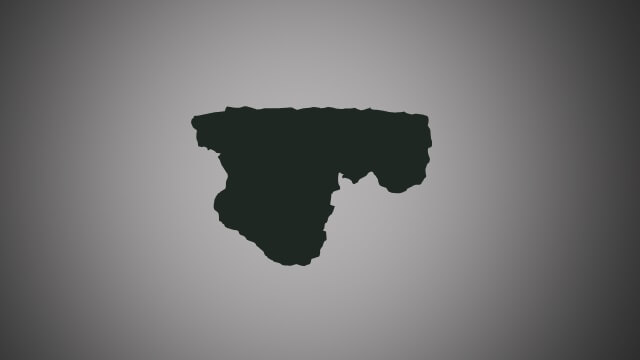 An interpretation of the small piece of leather found in Drillhole H8.

Four days later, Marty Lagina, Craig Tester, Charles Barkhouse, and Terry Matheson meet with geophysicist Mike West at the Money Pit area where, the narrator informs us, Brewster Drilling has drilled 35 of the 44 drillholes prescribed by the GeoTech Grid. West, an employee of Gemtech Ltd., has been tasked with conducting a conductivity test in the Money Pit area in order to determine the presence of any electrically conductive objects (such as gold or silver) below ground. He begins his task by lowering a number of dual induction devices into the drillholes.

While West goes about his work, Marty phones up Rick, whose absence is conspicuous, and learns that his usually-indomitable older brother failed to make the trip to the island that day on account of a mysterious bite that he received on his back. Rick claims that the bite mark is swollen and blistered, and is accompanied by aches, chills, fever, and a pounding headache which has lasted four days so far. Marty urges his elder brother to check himself in to a hospital emergency room before leaving the island to pay him a visit.

Marty meets with Rick at his house on the mainland, examines the bite mark on his back, and opines that it might have been caused by a tick. He eventually convinces his reluctant elder brother to accompany him to the emergency room, where Rick is diagnosed with Lyme disease and prescribed a regimen of antibiotics. Upon leaving the clinic, Marty drops his brother off at home and encourages him to get some rest. In a later interview, Marty describes Rick as the “spiritual leader” of the Oak Island team and laments his temporary absence necessitated by his illness.

Later, at the Money Pit area, Marty Lagina, Craig Tester, Dave Blankenship, and Jack Begley stand by as Mike West carries out a conductivity test in Drillhole H8. West’s dual induction device registers an anomaly at a depth of 155 feet- the approximate depth of the alleged Chappell Vault.

Marty decides to deliver the good news to Rick, who is still recovering from his symptoms, in person. At his elder brother’s house, Marty declares, “I think we found the Money Pit,” much to Rick’s delight.

Several days later, Rick Lagina, who has sufficiently recovered from his illness, meets with Charles Barkhouse, Dan Henskee, and Dave Blankenship in the War Room. Marty Lagina joins the conference via video chat. There, Rick reads a letter he received from Timothy R. Frasier, coordinator of the Forensic Sciences Program at Saint Mary’s University, regarding the bone fragments that SMU scientists were tasked with analyzing:

“We now have results from the two bones. Both sequenced successfully, and both came back as human. They appear to be different. I will do some more work trying to see what we can learn about these sequences (i.e. if it is possible to infer something about region of origin). It should just take a few days for that.”

One Response to “The Curse of Oak Island- Season 5, Episode 6: Remains of the Day”