The Curse Of Oak Island: The History Channel

The History Channel teams up with the current owners of most of the island, Rick and Marty Lagina, to make this spectacular documentary on the secrets and possible hidden treasures on the most speculated place in Canada. 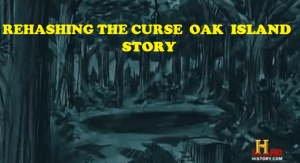 rehashing the curse of oak island

The Curse of Oak Island will give you a close-up view of previously inaccessible areas on the island, where most of the digging and searching happened. Not only does the show give an exciting look into the areas few have seen, it also confirms that there is definitely reason to believe something is buried under the islands sands. 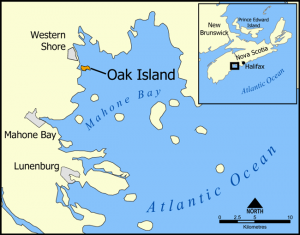 All of the enthralling episodes not only contain pieces of history that have never been seen before, it also gives more meaning or explanation to stories already known. In one episode, a relative of two men that died in a tragic accident on the Island visits the brothers to tell her story. It was this accident that caused some to believe that the island holds a tragic curse.

Many people have their own theory on where the treasure under Oak Island is supposedly buried. Obviously this is an important focal point in the documentary, and the viewer will get to hear first-hand the theories that some people who have studied the island have come up with over the years. Will the brothers and the History Channel try to build on one of these theories? Find out in the first season of “The Curse Of Oak Island.” 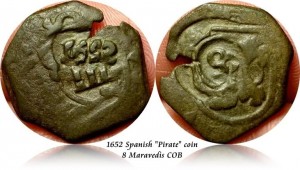 One would assume that a full season dedicated to this island would be enough to cover all the mysteries about this site, but Oak Island has such a vast history and so many places to explore, that a second season of this documentary was made.  For those that  are captivated by the history of Oak Island, this extremely informative and exciting documentary, made by The History Channel is one that should definitely be watched in its entirety. With episodes covering basically every facet of the island and all of those nooks and crannies, explored and unexplored, The Curse of Oak Island clarifies much of the facts surrounding this beautiful place in Nova Scotia.

For those actually lucky enough to visit the island, a “Walk The Mystery Tour” is available to the public. One of the tour guides is the now famous historian, Charles Barkhouse . He is the go-to-man when it comes to Oak Island.

The Curse Of Oak Island: The History Channel was last modified: January 25th, 2016 by Kimberly B
Summary 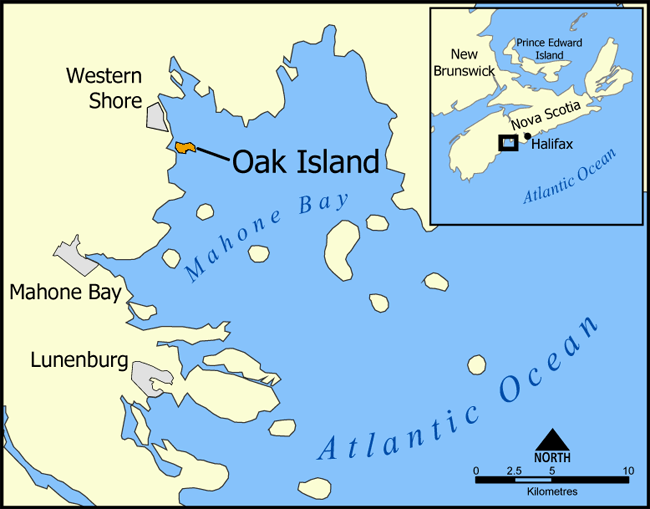 Article Name
The Curse Of Oak Island: The History Channel
Description
The Curse of Oak Island will give you a close-up view of previously inaccessible areas on the island where most of the digging and searching was done.
Author
Bruce Ricketts
Publisher Name
Mysteries of Canada

10 Responses to “The Curse Of Oak Island: The History Channel”

on Tuesday February 19 the history channel did not show the next episode of “The Curse of Oak Island” . It should have been s6 episode 14. Why? is the season over?

I think their ” U ” shaped structure was put in place to hold the rocks and coconut fibers in place given the severe storms in that area .

In watching the show , I believe their ” U ” shaped structure in Smiths Cove was put in place to keep the rocks and coconut fibers in place to insure the drains would work for a long time .

Love this show. I never miss an episode. Usually I watch the repeat episodes again just for fun. Tonight the initials on the 90 ft stone – “LN” LOOKED LIKE “LIV” which is Roman Numeral to me of “54” !!! Did anyone see this as a Roman Numeral ? DP

It looks like the iron Templar cross is a map!

Just watched the first episode of season 6. Hate it with the insertion of Matty Blake. Get rid of him and go back to the formula of the past five seasons!!! Won’t continue to watch if he’s going to be a regular on the show.

Get to the point. Enough already.

QUESTIONS: 1. where is the wood framing in chamber of C1? the diver says rock walls. They were so excited when wood was brought up with hammer grab.
2. borehole for C1 showed 20′ drop. Why does the diver say chamber only 7′ high?
3. why no more talk about Smith’s Cove? That is where the supposed box channels are which flood everything. Until I see the box channels, I smell scam. Drain it.
4. why no investigation of the newly rich slave guy who bought up many parcels on Oak Island. Surely, his ancestors know what he found?
5. the original 3 mc ginnis guys and the slave guy got all the treasure.

I have watched almost every episode of your show and find that I am left hanging mid air after each show. It seems to me this ending could of happen before the first season ended.

I watched all of the History Channel episodes last year and they shut it down for the winter, will they be doing another season continuing where they left off last fall 2014