Back to Ten Famous Black Canadians.

Robert Nathaniel Dett was born on October 11, 1882, in the village of Drummondville, Ontario, not far from Niagara Falls. His parents were both African American refugees who had fled from the U.S.A. to Canada via the Underground Railroad.

Dett displayed an aptitude for music from a young age and began taking piano lessons at the age of five. When he was sixteen years old, he found employment as an organist at the British Methodist Episcopal Church at Niagara Falls, Ontario- an occupation that he would retain for four years. The church hymns that he played, along with the African American folk songs and spirituals that he learned from his grandmother at home, imbued him with a deep respect for and partiality towards African American sacred music.

In 1907, Nathaniel Dett earned a Bachelor of Music degree, with a double major in piano performance and composition, from the Oberlin (Ohio) Conservatory of Music. He subsequently acquired a succession of piano teaching positions in Lane College in Jackson, Tennessee; at Lincoln University in Jefferson City, Missouri; and at Hampton University in Hampton, Virginia. In 1913, he was promoted to Director of Music at Hampton University, becoming the first African American to hold that position.

Nathaniel Dett’s piano teaching career was punctuated by spells in which Dett would further his own musical education. From 1920 to 1921, he studied with Bostonian composer Arthur Foote at Harvard University, and in 1929, he studied under French composer Nadia Boulanger at the Chateau de Fontainebleau in Paris, France. Before finally obtaining his Masters of Music degree at the Eastman School of Music in Rochester, New York, in 1932, he studied with fellow African American musician Emma Azalia Hackley. Hackley displayed immense pride in her heritage and encouraged Dett to allow his roots to influence his own composition. 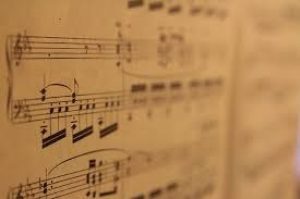 Despite his long career as a piano teacher, Nathaniel Dett is best known for his musical compositions, most of which were piano and choral pieces. Like Antonin Dvorak of Czechoslovakia and Richard Wagner of Germany, Dett drew upon the folk songs of his ancestors, immortalizing the African American spirituals of his people with ink and paper. Dett succinctly summarized the philosophy behind his crusade to transcribe the oral melodies of black Americans in the title of a 1918 essay that he wrote for Hampton University: The Emancipation of Negro Music. He elaborated upon this philosophy in The Emancipation, writing:

“We have this wonderful store of folk music- the melodies of an enslaved people… But this store will be of no value unless we utilize it, unless we treat it in such manner that it can be presented in choral form, in lyric and operatic works, in concertos and suites and salon music- unless our musical architects take the rough timber of Negro themes and fashion from it music which will prove that we, too, have national feelings and characteristics, as have the European peoples whose forms we have zealously followed for so long.”

Throughout the course of his life, Dett published around 100 compositions. These included 46 choral works, 23 vocal solos, 12 piano solos, 5 piano suits, 2 collections of spirituals, and 1 oratorio. The most famous of these include:

Although Nathaniel Dett was a vigorous champion of the composition and transcription of African America sacred music, he was just as energetically opposed to its influence by ragtime and swing, considering such influences sacrilegious and denigrating to the religious services which they were meant to compliment.

During World War II, Nathaniel Dett joined the United Service Organization (USO)- a non-profit that provided entertainment to U.S. military forces and their families- in the capacity of a choral advisor. On October 2, 1943, while on tour with the USO, he died of a heart attack. His body was brought to his hometown, Niagara Falls, Ontario, and buried beside his wife, Helen Smith (a fellow African-American composer and the first black graduate of what would become the Julliard School), and his two daughters. Today, the Niagara Falls church in which he once played the organ (Nathaniel Dett British Methodist Episcopal Church, a Canadian National Historic Site since 2001) and a Canadian choral group called the Nathaniel Dett Chorale are named in his honour.