June 30, 1993 is a day that will live in the memories of the people of Lemieux, Ontario as the day their town slid into the Nation River. But 1991 will stay in their memory as the time the government came to their rescue. The South Nation River is a meandering river which flows through most of Eastern Ontario.  It is a shallow and fairly fast flowing river.  The banks of the South Nation are generally muddy, thus making the river run dark brown. The river banks near the town of Lemieux, a few miles north of Casselman, were comprised of thinly laminated layers of the Leda clay.  Leda clay is extremely prone to erosion.

On May 16, 1971, a small slide took place along the river a short distance from Lemieux.  The Geological Survey of Canada analysed the area around Lemieux and determined that the town was at risk for the future. 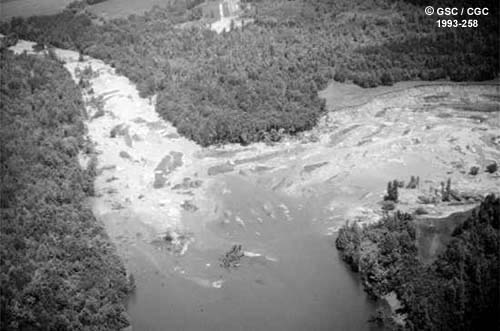 In 1991, the government, heeding the warning, expropriated the entire town and dismantled it.  The last building to go was the local church.

Good thing they did because the inevitable happened on June 30, 1993.  The bank gave way and created a new bay on the South Nation River.

The cooperation of multiple levels of government combined with strong science saved the people and property of the town of Lemieux.

UPDATE on this story:

On November 5, Anna and I took a trip to the site of the Lemieux Slide.  Two things strike you immediately.  The first is that everything with the side area has dropped about 35-50 feet from the land level around the slide.   The second is that nature is reclaiming the area.   Locals planted some trees at the edge of the slide to stabilize the cliffs but the slide area has begun to fill in with trees and bushes.  Below are two images of the slide area in 2006.  Quite a change from 1993. 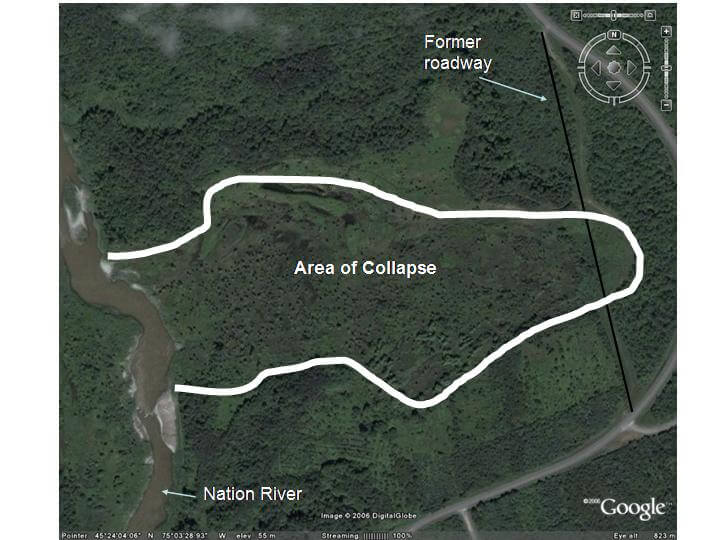 View of Lemieux Slide Area in 2006 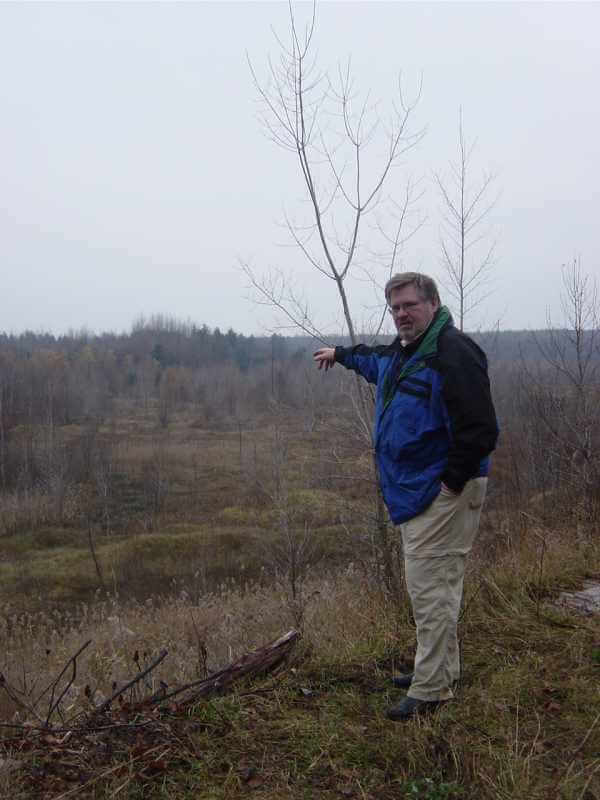 Author Bruce Ricketts at site of The Lemieux Slide

One last note:  As we drove around the area there was evidence of other more recent slides into the Nation River.  A sign that the near tragedy that happened at Lemieux could happen again.    Thanks from Mysteries Of Canada go to Geof Burbidge for leading the expedition.

The Lemieux Slide of 1993 was last modified: February 3rd, 2016 by Bruce Ricketts
Summary

Article Name
The Lemieux Slide of 1993
Description
June 30, 1993 is a day that will live in the memories of the people of Lemieux, Ontario as the day their town slid into the Nation River.
Author
Bruce Ricketts
Publisher Name
Mysteries of Canada