The Adventures of Alexander Henry the Elder: Part 10

The Adventures of Alexander Henry the Elder: Part 10

Continued from The Adventures of Alexander Henry the Elder: Part 9.

The Voyage to Fort Niagara

On June 10, 1764, Alexander Henry and sixteen Ojibwa braves set out for Fort Niagara, stopping at several Indian villages along the way. One afternoon, while waiting out a storm on shore, Henry nearly stepped on a rattlesnake. When he saw the serpent, he retrieved his musket from his canoe and prepared to kill it. He was stopped at the last moment by his companions, who believed that the rattlesnake, specimens of which rarely appeared in that country, was one of their reincarnated ancestors. Instead of killing it, they lit their pipes and blew tobacco in its face. Apparently pleased with the odour, the snake eventually relaxed and slithered away.

Interestingly, a similar story appears in the memoirs of Jonathan Carver, a New English contemporary of Henry’s, entitled Travels Through North America in the Years 1766, 1767, and 1768. In 1766, while traversing a portage trail between the Fox and Wisconsin Rivers in the forest west of Lake Michigan, Carver came across a den of rattlesnakes. One of Carver’s travelling companions- a French-Canadian fur trader named Pinnisance- proceeded to tell the New Englander “a remarkable story concerning one of these reptiles, of which he said he was an eye-witness”.

According to Pinnisance, a Menominee Indian once tamed a rattlesnake and “treated it as a Deity; calling it his Great Father, and carrying it with him in a box wherever he went… The French gentleman was surprised, one day, to see the Indian place the box which contained his god on the ground, and opening the door give him his liberty; telling him, whilst he did it, to be sure and return by the time he himself should come back… The Indian was so confident of his creature’s obedience that he offered to lay the Frenchman a wager of two gallons of rum that at the time appointed he would come and crawl into his box.” Pinnisance took the Menominee up on his offer. At the appointed time, “the Indian set down his box and called for his great father.” Although the rattlesnake failed to make its scheduled appearance, the Indian was undeterred, and offered to double his bet with the Frenchmen if the snake failed to arrive in two days. “This was further agreed on,” Henry wrote, “when behold on the second day, about one o’clock, the snake arrived, and, of his own accord, crawled into the box, which was placed ready for him. The French gentleman vouched for the truth of this story, and from the accounts I have often received of the docility of those creatures, I see no reason to doubt his veracity.” 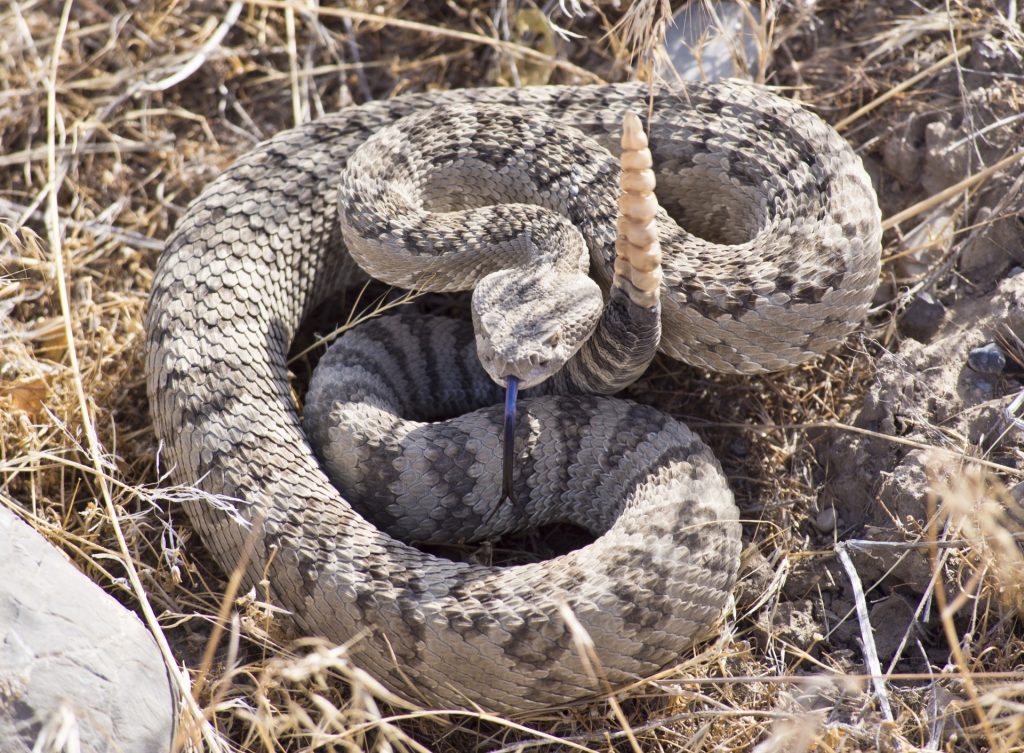 The party resumed their journey and paddled down Lake Huron. They were soon beset by a storm, from which the Indians prayed to their ancestor, the rattlesnake they had just encountered, to save them. They sacrificed several dogs to the rattlesnake by tying their legs together and throwing them into the lake, and considered doing the same to Henry, who was saved from that unenviable fate when the storm finally cleared. 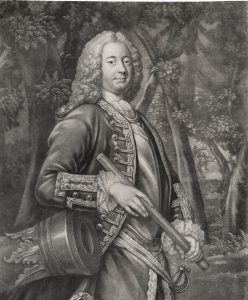 Henry and the natives paddled into Georgian Bay and over to its eastern shore. There, they disembarked and proceeded down an Indian trail to Lake Simcoe, which Henry called “Lake aux Claies”. They crossed the lake and headed down another trail which Henry called “Toranto”- the etymological root of the name of the city of Toronto, Ontario. On June 19th, they reached the shores of Lake Ontario. There, the Indians built canoes out of elm tree bark. That accomplished, they paddled across Lake Ontario to the meeting place at Fort Niagara, where they were greeted by Sir William Johnson.

Assembled at Fort Niagara were three thousand British soldiers under the command of General John Bradstreet who were preparing to relieve the defenders of Detroit, besieged as they were by Pontiac’s warriors. Upon the completion of his mission, General Bradstreet planned to send some troops to Michilimackinac, and, upon hearing Henry’s story, told the trader that he would help him recover his stolen goods. Furthermore, despite Henry’s lack of military experience, Bradstreet appointed the trader the leader of a 96-man all-Indian battalion that had agreed to help him lift the Siege of Detroit, whose members included the sixteen Ojibwa from Sault Ste. Marie with whom he had just travelled. 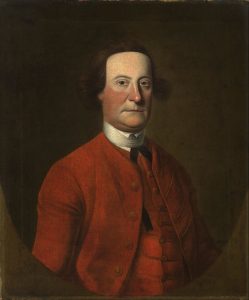 The troops set out on July 10th, heading up the Niagara River towards Lake Erie. Only ten of Henry’s warriors marched with him that day; the remainder promised to follow the following morning, but all but four of them deserted at the earliest opportunity. “I thought their conduct,” Henry wrote, “though dishonest, not very extraordinary; since the Indians employed in the siege of Detroit, against whom we were leading them, were at peace with their nation, and their own friends and kinsmen.”

At Lake Erie, the army constructed a number of barges, one of which they allotted to Henry and his fourteen warriors. On the night before their departure, Henry’s Indians got drunk and began shooting their muskets haphazardly in the camp, prompting General Bradstreet to seize their liquor and inform them that, if they wanted to march in his army, they would have to conduct themselves with discipline. Most of the natives subsequently left for home, leaving Henry with only a handful of braves under his command.

Bradstreet’s army proceeded along the northern shore of Lake Erie, opting to drag their barges over the Long Point Peninsula rather than maneuver them around it. When they reached the western end of the lake, the held a council and debated over whether to head to Detroit directly, or first attack a handful of Indian villages which lay along the Ohio River. The officers agreed that they ought to attack the villages first, but instead of finding hostile warriors there, they were met by emissaries bearing peace pipes. After some discussion with these ambassadors, General Bradstreet agreed to meet with the chiefs of the Ohio Indians at Detroit for the purpose of making peace with them and the other nations participating in Pontiac’s War.

The British proceeded to Detroit and arrived there on August 8th. The peace council took place as scheduled, and Pontiac’s Rebellion came to an end. Chief Pontiac himself, having failed in his crusade to eject the English from the Great Lakes, fled south to the Illinois River.

The day following the peace treaty, Henry accompanied several hundred British soldiers to Michilimackinac. They crossed the Upper Peninsula of Michigan by way of the Detroit River, and Lake St. Clair and the St. Clair River beyond, failing to encounter a single Indian on the way. With the help of the soldiers, Henry reacquired some of his lost property. He then travelled with his goods to Sault Ste. Marie, where he spent the winter trading.

Continued in The Adventures of Alexander Henry the Elder: Part 11.