HomeOntarioWhere does the McIntosh Apple Come From?

Where does the McIntosh Apple Come From?

The Origin of the McIntosh Apple

One of the favorite varieties of apple, the McIntosh apple or Mac as it is sometimes called, originated in Canada. Today the name Mcintosh (for legal reasons spelled without a capital “I”) or Mac is best known as one chosen by Jef Raskin, an employee of Apple Inc. for a line of personal computers. Among all the kinds of apple the McIntosh was his favorite. 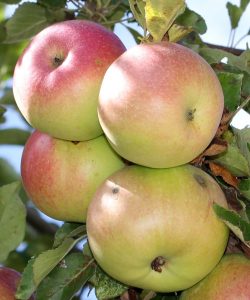 The McIntosh apple was created by John McIntosh. He was born in the colony of New York in 1777. He moved to the British colony of Upper Canada after the American Revolution following in the steps of his sweetheart who had been brought north by her loyalist parents. On arrival in Canada he discovered that his true love had died.

McIntosh settled in what is now eastern Ontario, married Hannah Doran and began to farm. In clearing his land to plant crops he discovered some wild seedling apple trees. These were descended from apple trees brought to North America from France and planted by French settlers at Port Royal, Nova Scotia early in the 17th century.

McIntosh transplanted the little trees next to his vegetable garden. Only one survived. It grew over the years and eventually produced some sweet and crisp apples. The orchard grew as McIntosh and his wife planted seeds from their excellent apple tree. They sold the seedlings to their neighbors but these new trees did not produce spectacular fruit.

John McIntosh’s sons Allan and Sandy learned how to graft small branches from the original apple tree onto small less productive trees. The result were successful and they began to grow large numbers of trees that they sold to farmers for their orchards. The grafted trees produced apples that were as good as those from McIntosh’s original tree. 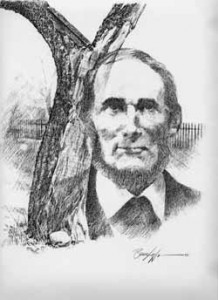 The popularity of the McIntosh apple grew when a spray was discovered in 1900 that prevented them from damage by apple scab. Up until recently the majority of apples sold in Canada and in the northeastern United States were of the McIntosh variety. From the McIntosh, agricultural scientists developed a number of other hybrid varieties of apples.

John McIntosh’s original apple tree was damaged by fire in 1894 but his children nursed it back to life and it produced a fine crop until it fell over in 1910. Cuttings from one of the surviving trees grafted by McIntosh’s sons were taken to the historic Upper Canada Village in recent years so that clones could be produced maintaining the original genetics of the first McIntosh apple tree.

Where does the McIntosh Apple Come From? was last modified: June 14th, 2016 by Alan McNairn