If you have ever boated along the St Laurence Seaway near Kingston, you will note that there is a fairly large island just opposite Kingston.  It is called Wolfe Island.  Does Kingston and Wolfe Island sound English to you?  Back in the 1600s, The Count of Frontenac, or as he was officially named, Louis de Buade, Compte de Frontenac et de Palluau, then the Governor General of New France gave the area of Kingston, including Wolfe Island, to a French hat maker named Rene-Robert Cavalier de La Salle for no other reason that La Salle expressed an interest in the area and Frontenac and La Salle were close buddies. 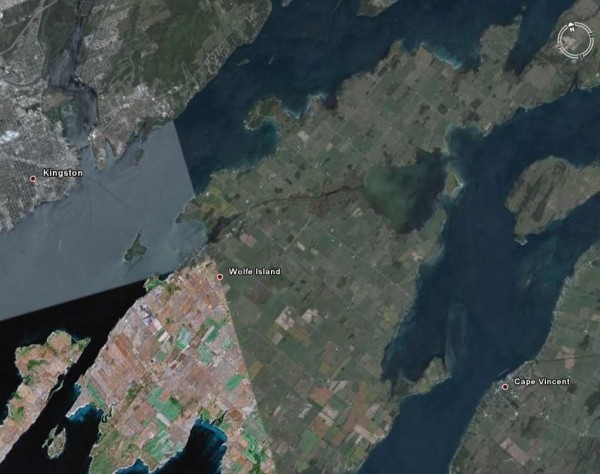 However La Salle had an ulterior motive.  He owed everybody and his dog money that he did not have, so he sold off Wolfe Island to cover his debts. For a few hundred years following La Salle, Wolfe Island was considered and good place to live for a hearty few and great place for fishing and fishing by the natives and the locals.  But in about 1850, with the new fangled transportation known as railway, was heating up, the St Lawrence was considered to an ideal conduit to connect Canada and the US by boat.  Trains from the US would dump their goods on the dock in Cape Vincent, New York.  The goods would then be moved by ship to Kingston and put back in a train to be distributed across Canada.  There was only one problem, according to the transportation guys.  Wolfe Island was a great place to visit but it got in the way of commerce.  What to do?   Well you can’t move and island so the next best idea is to dig a canal across it, hopefully and the narrowest point so that you didn’t go through all your shovels..  Thus the two kilometre long Wolfe Island Canal connecting Maryville to Bayfield Bay was born.They dug and they dug, through topsoil and rock.  They dug until alas, they ran out of shovels and shovellers and the canal, such as it was, looked more a ditch than a canal.  It was neither wide enough or deep enough to be of value.  Don’t get me wrong, the canal got some use for about 20 years.  But not the use for which it was intended.  In about 1870 the whole project fell into complete disuse. 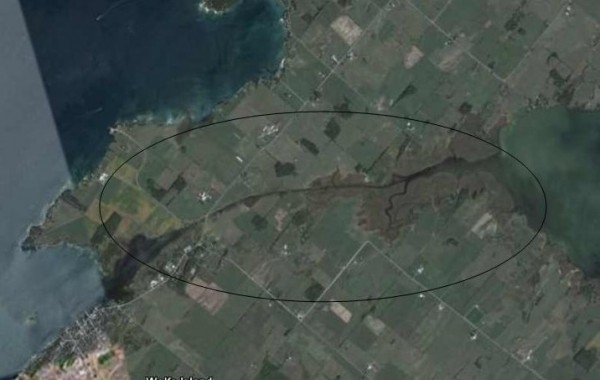 In the 20th century, local highway #96 was built on a causeway across the canal thus cutting of the water flow through the canal.  The canal officially became a ditch.

In the 21st century the Frontenac regional council has begun to seriously consider rebuilding the #96  causeway into a bridge and re-digging the canal.

Good luck and don’t get your boots too wet.

Article Name
Wolfe Island Canal or Ditch?
Description
Well you can't move Wolfe Island, so the next best idea is to dig a canal across it. Does Kingston and Wolfe Island sound English to you?
Author
Bruce Ricketts
Publisher Name
Mysteries of Canada

One Response to “Wolfe Island Canal or Ditch?”

Perfect. I kept wondering if a kayak could get across there.