What’s the first thing that comes to mind when you think of Canada?

For many people, the answer to that question is one of five things: 1) maple syrup; 2) beavers; 3) hockey; 4) beer; and 5) Mounties. Of those five things, only Mounties- formally known as the Royal Canadian Mounted Police, or RCMP- are unique to the Great White North.

The Royal Canadian Mounted Police of today- with the exception of those guarding Parliament Hill in Ottawa who, at least according to the Arrogant Worms, “just sit on [their horses] and tell American tourists the parliament’s in session”– have long since exchanged the iconic campaign hat and scarlet serge of their precursors for the darker, duller uniforms typical of law enforcement officers around the world. However, every once in a while, things like those little Mountie bobble-heads you find in airport gift shops and road markers along the Red Coat Trail depicting the eponymous ‘red coat’ who once dominated the Northwestern literary genre remind us of the RCMP’s legendary precursor, the North West Mounted Police. 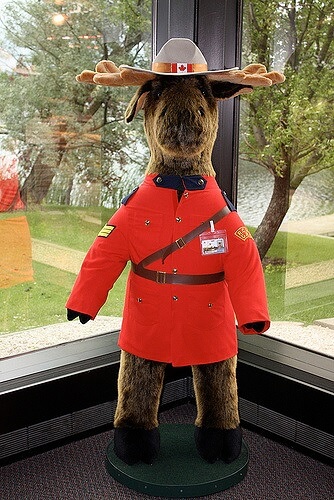 How Canadian can you get, eh?

Although the North West Mounted Police first came into being in 1873, it had existed conceptually since the time of Confederation. When the Dominion of Canada was formed in 1867, it was a tiny country consisting of present-day Nova Scotia, New Brunswick, and parts of Ontario and Quebec. Its first Prime Minister, Sir John A. Macdonald, however, had visions of a vast Dominion spread across the continent, from the Atlantic to the Pacific to the Arctic. At the time, the only other ‘civilized’ North American territory under British control was the Province of British Columbia, located on the other side of the continent. In order to realize his dream of a huge unified Canada, Macdonald knew he would need to build a railroad connecting the Dominion with BC. In order to do that, however, he would first need to establish some sort of law in order in the vast, wild country in between known as Rupert’s Land. And in order to do that, he would need to send in a rugged mobile police force like the Irish Constabulary… a Mounted Police. 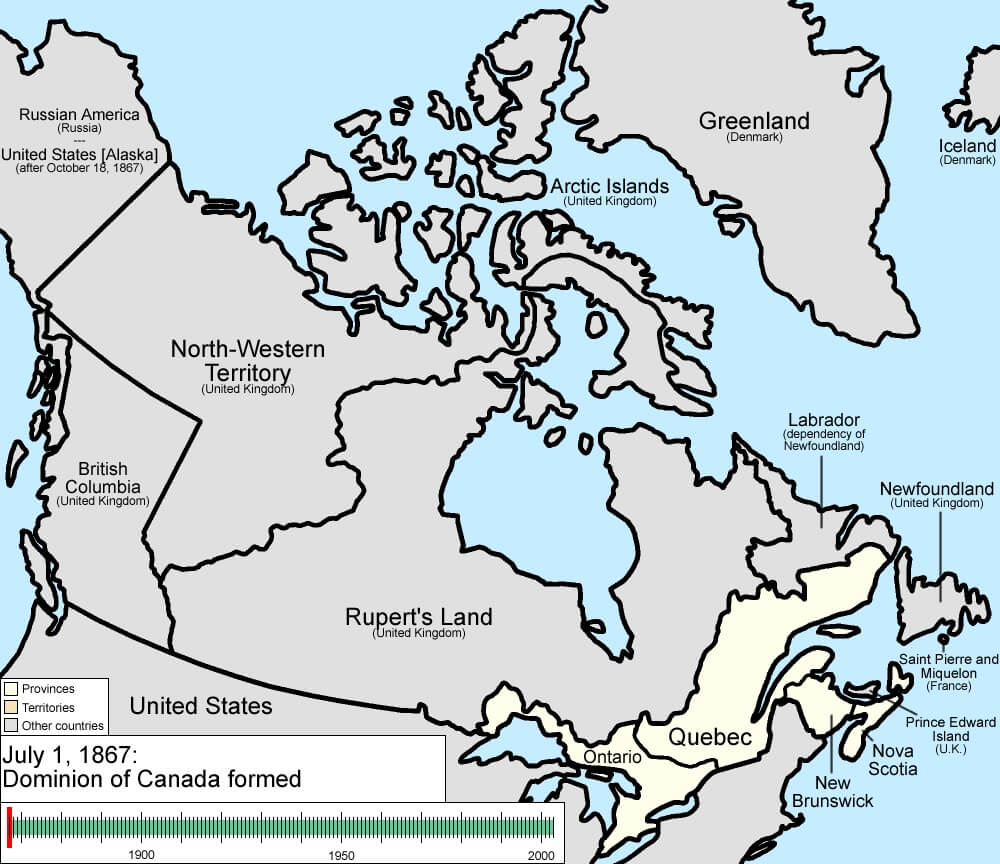 In order for Canada to become the massive country it is today, law and order needed to be established in its wild interior.

Macdonald toyed with the idea of establishing a western Mounted Police for years, but was reluctant to pull the trigger out of fear that the force might put undue strain on the Dominion’s meager budget. In order to determine whether or not such a police force was really necessary, he dispatched government agents to assess the situation in Rupert’s Land, which had been renamed the North-West Territories in 1870, on two separate occasions. Both agents returned with the disturbing reports that American adventurers from Montana had moved into the area, and that some of them were causing trouble.

Meanwhile in the North-West Territories, whisky traders from Fort Benton, Montana, had established trading posts in what is now southern Alberta. There, they sold various goods, including rotgut whisky and repeating rifles, to the local Blackfoot in exchange for valuable buffalo robes. The whisky and repeating rifles had a particularly devastating effect on the Indians.

Along with the whisky traders came another breed of entrepreneurs known as wolfers. These men were after the pelts of prairie wolves (the prairie wolf is a now-extinct subspecies of gray wolf which was common on the Canadian prairies at the time). Instead of hunting and trapping the wolves in the regular fashion, these men would shoot a bison, dress its carcass, and rub the meat with toxic strychnine. Later, wolves would flock to the carcass and gorge themselves on the meat before succumbing to the poison. The wolfers would later return to reap the rewards.

In May 1873, a party of wolfers known as the ‘Green River Renegades’ was making its way south from present-day Alberta to Fort Benton, Montana, to trade in a season’s take of wolf pelts. Just before the wolfers reached their destination, they were accosted by a Blackfoot raiding party. Although the Blackfoot didn’t kill any of them, they stole all their horses. Furious, the wolfers made their slow, painful way to Fort Benton on foot.

The Green River Renegades were raided by South Peigan Blackfeet.

When they reached the town and traded in their pelts, the wolfers rounded up a posse and thundered after the Blackfoot, hell-bent on retrieving their stolen horses. They followed the trail north into British territory, but lost it just south of the Cypress Hills. The wolfers knew that a number of whisky traders had established posts in the Cypress Hills, and decided to pay them a visit before heading back to Montana.

The only two whisky traders still operating in the Cypress Hills at that time were Americans named Abel Farwell and Moses Solomon, who built their posts a short distance from each other, on opposite sides of a creek. When the wolfers cantered into the coulee in which the whisky traders had their posts, they saw that a small, impoverished band of Assiniboine had made camp in the area.

The wolfers met with the whisky traders and quickly got drunk on their stock. In their inebriated state, some of them started accusing the Assiniboine of stealing their horses, despite the fact that the Indian band hardly owned any horses at all. One thing led to another, and soon the wolfers found themselves riding towards the Assiniboine camp, rifles at hand. The Assiniboine braves, many of whom had also been drinking heavily, grabbed their own firearms, and in no time both parties were firing at each other. In the end, a large number of Assiniboine were killed.

Word of this Cypress Hills Massacre reached Ottawa, and Macdonald knew he could stall no longer. The North West Mounted Police was born, and in 1874 it rode west to stomp out the whisky trade and bring law and order to the Canadian west. 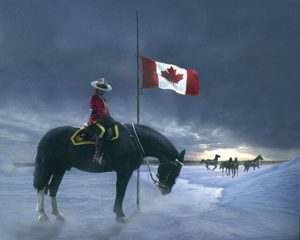 After establishing Fort Macleod on the Oldman River west of present-day Lethbridge, the North West Mounted Police traveled to the site of the Cypress Hills Massacre. There, they established Fort Walsh, which they named after its first commanding officer, Major James Morrow Walsh.

Fort Walsh served as the main headquarters for the Northwest Mounted Police from 1878 until 1882. Due to its location in the beautiful Cypress Hills and the fascinating story it has to tell, Fort Walsh is a must-visit location in Canada. History was made here in very many ways. For example, much of Canadian law was established at this very location. Fort Walsh also played a key position in imposing Canada’s Indian policy. 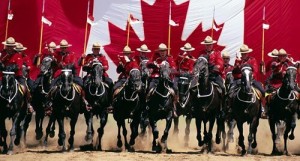 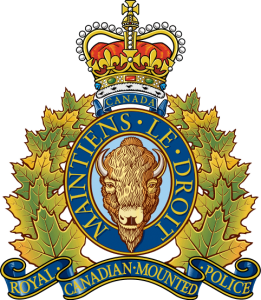 Some of the greatest names in Canadian history have been known to spend time at Fort Walsh; names like Jerry Potts, James Macleod, Lief Crozier and even Sitting Bull. Aside from being headquarters of the Northwest Mounted Police, it also was a well-known meeting place for people from all different areas of western Canada. Metis, Mounties and First Nations crossed paths at this historical landmark.

In addition to quelling the whisky trade, the Mounties of Fort Walsh also launched an investigation into the Cypress Hills Massacre. Their efforts were rewarded when the U.S. Authorities arrest 8 participants of the massacre. Unfortunately the men were never extradited to face murder charges in Canada.

By Kimberly B and Hammerson Peters