U2 Spy Plane – The Dragon Lady

On 15 March, 1960, Captain Roger Cooper landed his U2 Spy Plane on the frozen surface of Wapawekka Lake in Saskatchewan after suffering an electrical failure. The U-2, made famous by the downing of Francis Gary Powers in his U-2 Spy Plane over Russia in May of 1960, was the US’s premiere high altitude, single seat spy plane; nicknamed the Dragon Lady.  The planes first flight accidentally occurred at Groom Lake test site (Area 51) on 1 August 1955.  During what was only intended to be a high speed taxi run the huge and very efficient wings of the aircraft caused it to “jump into the air” as soon as the aircraft hit 70 knots. 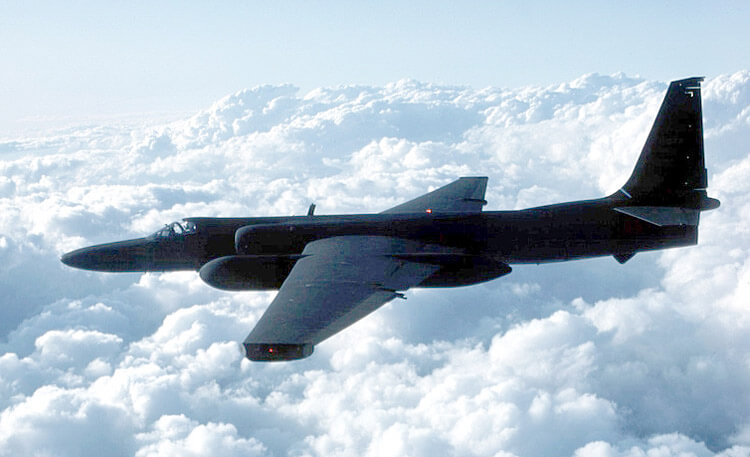 The Polaroid Corporation developed the optics for a new large format camera to be used in the U2 Spy Plane. These new cameras were able to provide a resolution of 2.5 ft (76 cm) from an altitude of 60,000 ft (18,288 m).

Roger Cooper was flying U2 tail #  66717 at the time on Operation Crowflight.  He had been flying over Russia and was returning to his base when he suffered the failure that forced his bird down on a lake near La Ronge, Saskatchewan.  The radar station, part of the Mid-Canada Line, at Cranberry Portage, a few miles south of Flin Flon, Manitoba, was alerted and sent airmen to guard the site and to arrange for a local contractor to clear a runway onto the lake.  A few days later an American C-119 landed on the lake and repaired the U2 Spy Plane, which then continued on its way.

This story was told by Ken Murphy and Joe Callahan, both from the Cranberry Portage station, who were sent to guard the U-2 Spy Plane.  Thanks to Ken Murphy for his permission to use the photographs. 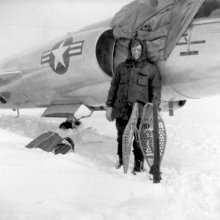 Joe Callaghan and the U-2. Note the protective tarp has been pulled back to allow viewing. 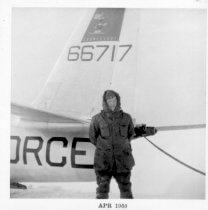 Ken Murphy guarding the downed U-2 aircraft. The Crowflight logo is visible over the tail # 66717. 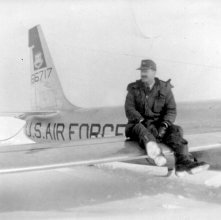 Joe Callaghan sitting on the wing of the U-2