The Battle of Batoche lasted for four days in May of 1885.  It ended the insurrection of the Métis on the Canadian prairies. The uprising was trying to keep the rights and culture of the Métis who had mixed ancestry of First Nations People and Europeans.

The Métis under the political and spiritual leadership of Louis Riel formed a Provisional Government of Saskatchewan at Batoche in March of 1885. In May the forces of the Canadian Government were sent to put down the North-West Rebellion.  They overwhelmed the defenders of Batoche and captured Riel. He was executed for high treason.

The Bell of Batoche was among the spoils of war seized by the members of the Canadian Militia from Ontario.  The bell was from the church of Saint Antoine de Padoue in Batoche. It was a symbolic trophy of war. The 20 pound bell, purchased the year before the battle at Batoche, had been baptized by the Bishop of the Diocese of St. Albert. It was given the name “Marie-Antoinette”.

Two members of the Canadian militia carried the bell of Batoche back to Ontario. In 1930 it was installed in the fire hall of the Millbrook.  Millbrook was  the hometown of some of the militiamen who had fought at Batoche. The fire hall burned down, but the bell with a new crack survived. By 1991 the bell was on display in the Millbrook branch of the Royal Canadian Legion.

Over the years as the Métis of Canada began to assert their pride in their unique culture.  They requested several times that the symbolic bell be returned to them. The matter came to a head in 1991 when the leader of the Manitoba Métis Federation, Yvon Dumont, a descendant of the original military leader of the Métis, Gabriel Dumont, with some members of the Federation travelled to Millbrook, Ontario and examined the bell. A week later the bell disappeared from the Royal Canadian Legion. No one claimed responsibility for the theft.

Negotiations were held with Canadian Government authorities for the return of the Bell of Batoche to Millbrook. In 2005 one of the Métis who had been with Dumont in 1991 claimed he had stolen the bell.  It was not until 2013 that the bell resurfaced. It was exhibited at Batoche and then taken to a museum in Saint-Boniface, Manitoba.

The powerful symbol of Métis culture has a history of being stolen twice. Once by Canadian militiamen, as booty from war, and again as the rightful property of the Métis people.

Who Stole the Bell of Batoche? was last modified: August 28th, 2020 by Alan McNairn
Summary 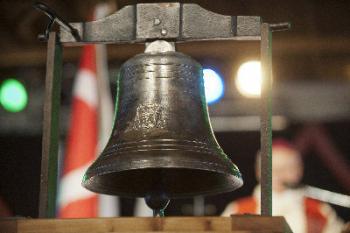 Article Name
Who Stole the Bell of Batoche?
Description
The Bell of Batoche was among the spoils of war seized during The Battle of Batoche. The bell was from the Church of Saint Antoine de Padoue in Batoche.
Author
Alan McNairn
Publisher Name
Mysteries of Canada