The Phenomenon of Lost Time in Canada I was born in Vancouver, British Columbia, in the summer of 1992, and spent my first four years growing up in the so-called "Rain City". In those days, many American movie and TV production companies shot their films in Vancouver and Toronto instead of
END_OF_DOCUMENT_TOKEN_TO_BE_REPLACED

The Little Green Men of Steep Rock Lake Near the southern border of Northwestern Ontario, about three kilometres northwest of the tiny town of Atikokan, lies a body of water known as Steep Rock Lake. In 1950, this remote woodland retreat, nestled in the heart of what locals proudly refer to
END_OF_DOCUMENT_TOKEN_TO_BE_REPLACED

The late 1940s and 1950s were halcyon days for UFO sightings in North America.  The Roswell Incident occurred in 1947, heralding the belief that we were being visited - or even stalked - by alien beings.  There were six reported sightings in Ontario alone between 1951 and 1957, many of
END_OF_DOCUMENT_TOKEN_TO_BE_REPLACED 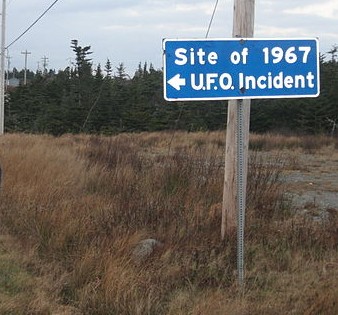 On the night of October 4, 1967, shortly after 11:00 PM, a UFO some 60 feet in diameter was seen to hover over the water near the tiny fishing village of Shag Harbour, Nova Scotia. The Shag Harbour UFO, which displayed four bright lights that flashed in sequence, tilted to
END_OF_DOCUMENT_TOKEN_TO_BE_REPLACED