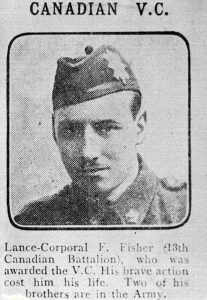 On the 22nd of April he was coming forward from St. Julien when he discovered some of the guns of Major W.B.M. King’s field battery were being fired upon by German infantry located very close to them.  It seemed the capture of these guns was imminent, but Fisher set up his machine gun in advance of the Battery, and with the assistance of a few men, held off the enemy until the guns got away. During this encounter Fisher’s small section was under intense fire and four of his six men were killed.  Lance-Corporal Fisher returned to St. Julien.

Meanwhile Lieut. Ross, with his machine guns, made a determined effort to cut down the enfilade fire that was causing the Battalion such heavy losses.  Accompanied by Lance-Corporal Frederick Fisher, who had already rendered exceptionally distinguished service, who crawled out a shallow trench and, setting up a gun, was shot dead.  A moment later Sgt. McLeod , who had taken Fisher’s place, was killed in the same way.  Leaving this particular gun. Lieut. Ross crawled to a spot where he ordered Lance-Corp. Parkes  and Private Glad to set up another gun and open fire.  From this location he gained the advantage over the most devastating fire from the German trenches and maintained the Canadian superiority for the rest of the day. 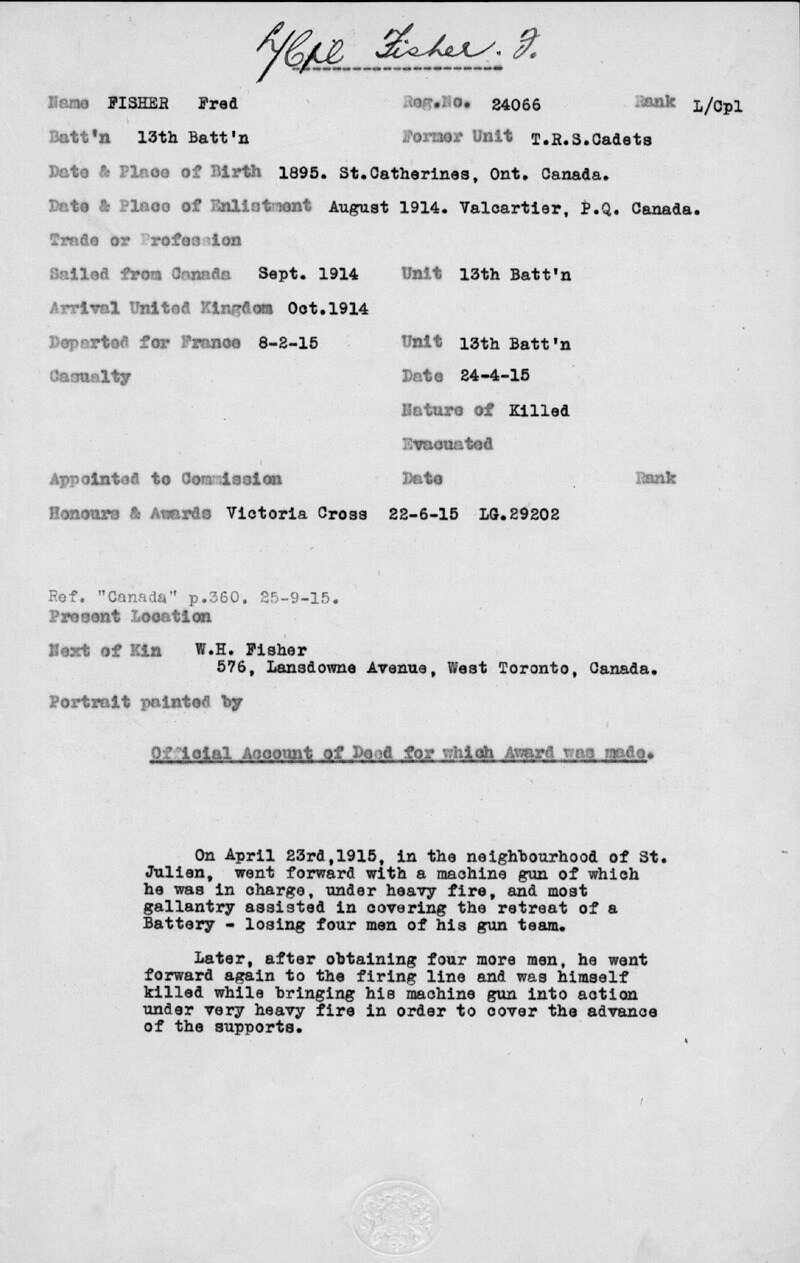 For his valour in the Second Battle of Ypres, Lance Corporal Fred Fisher was awarded the Victoria Cross, posthumously, the first VC awarded to a Canadian during the First World War. 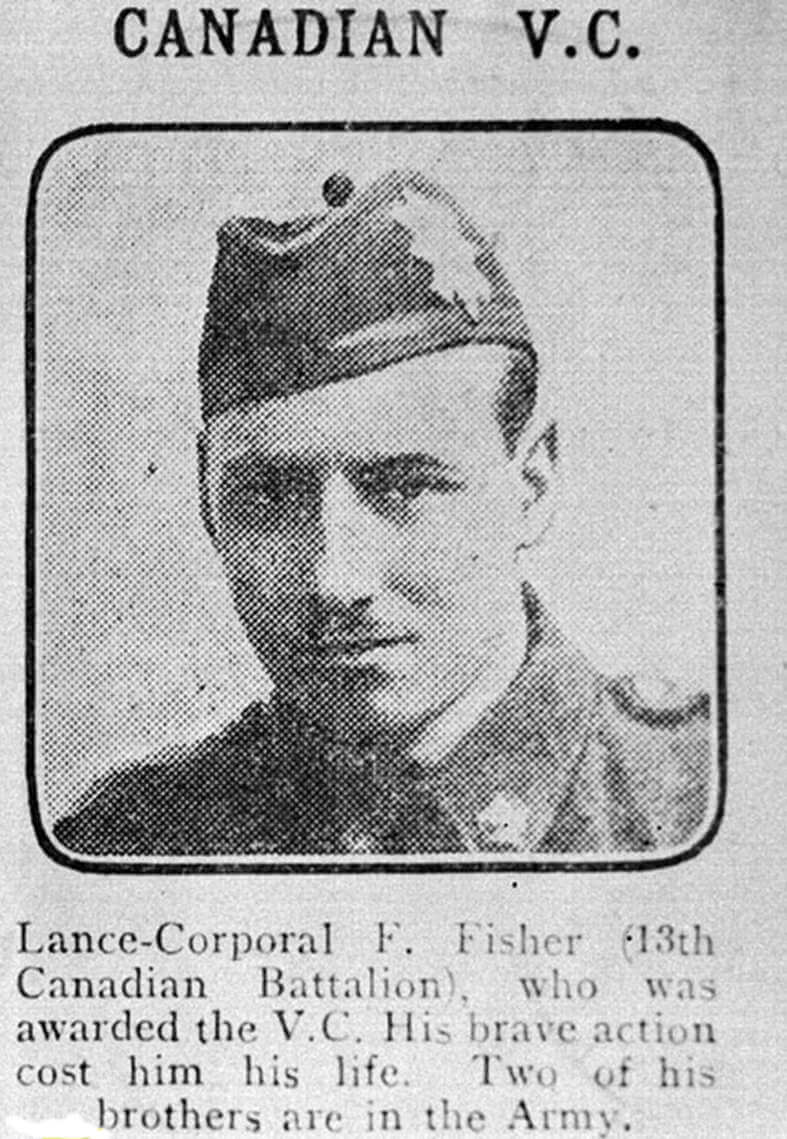