“For most conspicuous bravery. He was detailed with his section of bombers to clear the continuation of a newly captured trench and cover the construction of a “block”. After most of his party had become casualties, he was building a “block” when about twenty of the enemy with two officers counter-attacked. He boldly advanced against them, emptied his revolver into them and afterwards two enemy rifles which he picked up in the trench.” 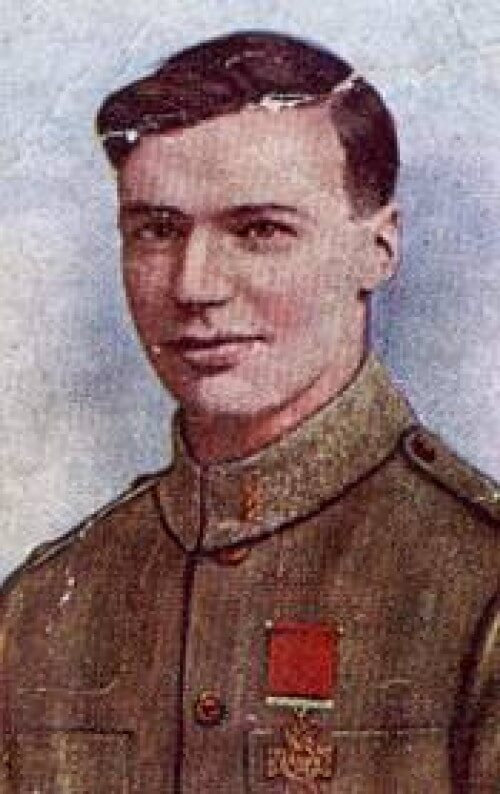 The attack, on 9 September 1916, was preceded by a three minute artillery bombardment to cover the approach of No. 1, 2 and 3 companies with No. 4 company to be held in reserve. At 16:45, four brigades of artillery began to shell the German positions. Despite numerous short rounds that took a terrible toll of the attacking companies, the 2nd continued to advance. Unfortunately, the bombardment was not as effective as hoped and, when the shelling ended, the Germans, unaffected, quickly manned their positions and engaged the advancing Canadians. No. 2 company attained its objective and fired into the left and the centre, where 1 and 3 companies were pinned down under heavy small arms fire and increasing German artillery.

In the centre, his company commander dying, Lt J.P. Pringle, a former private in the Second, charged an enemy machine gun that was setting up to sweep his stalled soldiers. Inspired by his example, his company rose and made a headlong charge for the enemy trenches. Fighting was fierce, mostly with bomb and bayonet.

However, Sgt W.H. Nicholls and his section of bombers were not about to give in when their objective was so close. They moved forward into the German trench system and set up a blocking party to keep the enemy’s heads down. Once established, the little group moved down the trench clearing it of Germans. They worked quickly and had satisfying destruction before being counter attacked by twenty Germans commanded by two officers.

Corporal Leo Clarke and Private Soppitt moved to face this threat and while holding the enemy at bay Clarke began to build a temporary barricade. Seeing this, the Germans made a determined rush. Clarke emptied his pistol twice, reloading in the face of the attackers. Seizing an abandoned rifle he fired it into the oncoming enemy. The first of the Germans reached Clarke and bayoneted him in the leg. Clarke promptly shot him dead. Though wounded, Corporal Clarke took the fight to the enemy, as they turned and fled. Clarke pursued and killed all but the one he brought back as a prisoner. Clarke had to be ordered to leave the battle to have his wounds cared for. Sadly his wounds and his courage did not save him from further action, and two weeks later he was killed in a communications trench between Pys and Courcelette. Corporal Leo Clarke was awarded the Victoria Cross posthumously.

Pozieres was most of the more savage battles of the Great War.  Prior to the Canadians moving in to join the fight, the Australian 1st ANZAC Corp had been fighting for over two weeks.  The Australians had loss and wounded totally 23,000 or half of their numbers.  It was said by Alec Raws of the Victorian 23rd Battalion that: “One feels on a battlefield like this that one can never survive, or that if the body holds, the brain must go forever. For the horrors that one sees and the never-ending shock of the shells is more than can be borne. Hell must be a home to it”.

In the end the town of Pozieres was razed to the ground by artillery from the Australians and the Canadians but the battle was won in hand-to-hand fighting.

The images below show the town before and after the battle. 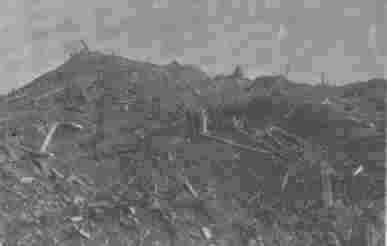