Alan Arnett MacLeod was born in 1899 in Stonewall, Manitoba. He had a simple childhood typical of the early 1900’s. He was a shy and unassuming child, sleight of build and quiet. His father was the medical doctor in Stonewall, and later Winnipeg. Being the area doctor he owned an early Ford, and Alan enjoyed driving it down the back country roads. Early on he developed an affinity for the military. He enrolled in The 34th Fort Garry Horse in 1913, at age 14. He was 4 years under age, but the officers looked the other way. It was peace time and there was little doing. Mostly he groomed horses, shoveled manure and the like. But he was thrilled, they even let him wear a uniform.When the “Great Adventure” started in 1914, Alan was sent home, with a riding crop as a souvenir, the officers were not so callous as to take a 14 year-old boy to France. He tried several times to enlist in the army in Winnipeg, but he was rebuffed each time and sent back to home and school. He tried to enroll in the cadet wing of the Royal Flying Corps then taking enlistment in Toronto. They insisted on a birth certificate, when they saw he was 17 he was rejected, but they promised to process his application when he turned 18. As soon as he turned 18 he quit school and headed to Winnipeg to start his enrollment in the RFC. His imagination had been captured by stories of flying and fighting in the air. He was signed up as a pilot-in-training and sent to Long Branch just outside of Toronto for pilot training. He turned out to be a natural at it, throwing his AVRO 504 around the sky with abandon. An 18-year old’s ignorance of mortality probably played a big role in his abandon. He soled on his fifth day of in-flight instruction with only 3 hours of experience in aircraft. He proceeded on to Camp Borden for “intermediate” training and graduated with fewer than 50 hours of flying experience. On August 20, 1917 he was shipped off to France in the Matagama as a new 2nd Lieutenant in the RFC.Flying his AK8 2-seater bomber, his fateful day with honor came on March 27, 1918 at the ripe old age of 19 years. 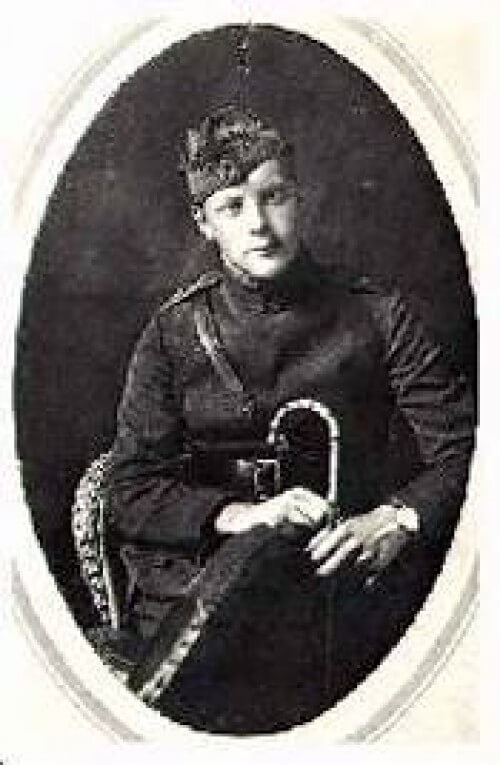 Here is the description of his valour from his citation:
“His Majesty the King has been graciously pleased to award the Victoria Cross to the undermentioned officer of the Royal Air Force, for services displaying outstanding bravery:

While flying with his observer, Lieutenant A. W. Hammond, M.C., attacking hostile formations by bombs and machine gun fire, he was assailed at a height of 5,000 feet by eight enemy triplanes which dived at him from all directions, firing from their front guns. By skilful manoeuvring he enabled his observer to fire bursts at each machine in turn, shooting three of them down out of control. By this time Lieutenant McLeod had received five wounds, and while continuing the engagement a bullet penetrated his petrol tank and set the machine on fire.

He then climbed out on to the left bottom plane, controlling his machine from the side of the fuselage, and by side slipping steeply kept the flames to one side, thus enabling the observer to continue firing until the ground was reached.

The observer had been wounded six times when the machine crashed in “No Man’s Land” and 2nd Lieutenant McLeod, notwithstanding his own wounds, dragged him away from the burning wreckage at great personal risk from heavy machine-gun fire from the enemy’s lines. This very gallant pilot was again wounded by a bomb whilst engaged in this act of rescue, but he persevered until he had placed Lieutenant Hammond in comparative safety, before falling himself from exhaustion and loss of blood.”