Sergeant Raphael Louis Zengel was an American serving in the Saskatchewan Regiment during WWI. 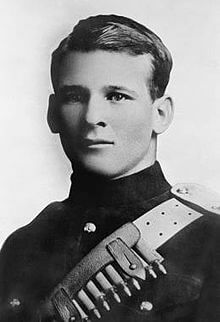 On 9 August 1918 east of Warvillers, France, Sergeant Zengel was leading his platoon forward to the attack when he realized that an enemy machine-gun was firing into the advancing line. He rushed forward ahead of the platoon to the gun emplacement, killed the officer and operator of the gun and dispersed the crew. Later in the day he was rendered temporarily unconscious by an enemy shell but on recovering continued to direct harassing fire on the enemy. His utter disregard for personal safety and the confidence he inspired in all ranks greatly assisted in the successful outcome of the attack.He was buried at Pine Cemetery, Rocky Mountain House, Alberta.  Mt. Zengel, in Jasper National Park was named in honour of the gallantry of this Canadian hero. 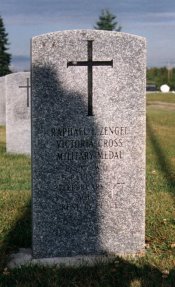