Robert Hampton “Hammy” Gray was born in Trail, British Columbia on November 2, 1917.  He grew up and lived in Nelson BC, Canada.  He enlisted in the Royal Canadian Naval Volunteer Reserve (RCNVR) at HMCS Tecumseh in Calgary, Alberta in 1940.  He was initially trained in England and went back to Canada to train at RCAF Station Kingston.  In September 1943 he became a pilot for the British Fleet Air Arm. 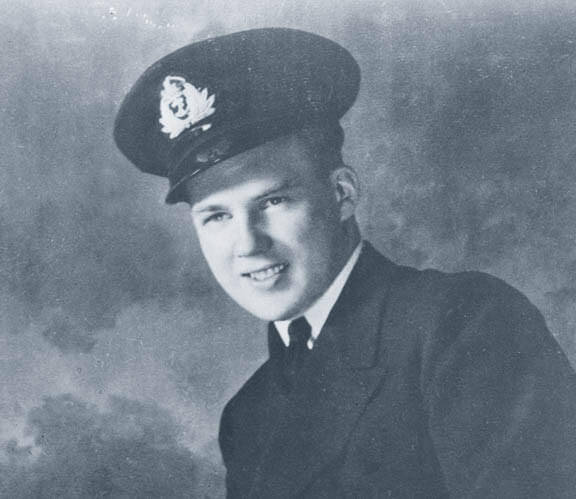 Lieutenant Robert Hammy Gray of Nelson, British Columbia flew off the Aircraft Carrier, H.M.S. “Formidable” on August 9th 1945.  His mission was to lead an attack on the Japanese in Onagawa Wan (Bay) in the Island of Honshu, Mainland of Japan. At Onagawa Bay the fliers found below a number of Japanese ships and dived in to attack. Furious fire was opened on the aircraft from army batteries on the ground and from war ships in the Bay. Lieutenant Gray selected an an enemy destroyer for his target. He swept in oblivious of the concentrated fire and made straight for his target. His aircraft was hit several times, but he kept on going. As he came close to the destroyer his plane caught fire but he pressed to within fifty feet of the Japanese ship and let his bombs drop. He scored at least one direct hit, possibly more. The destroyer sank almost immediately. Lieutenant Gray did not return. He had given his life at the very end of his fearless bombing run.

For great bravery in leading an attack to within fifty feet of a Japanese destroyer in the face of intense anti-aircraft fire, thereby sinking the destroyer although he was hit and his own aircraft on fire and finally himself killed. He was one of the gallant company of Naval Airmen who, from December 1944, fought and beat the Japanese from Palembang to Tokyo. The actual incident took place in the Onagawa Wan on the 9th of August 1945. Gray was leader of the attack which he pressed home in the face of fire from shore batteries and at least eight warships. With his aircraft in flames he nevertheless obtained at least one direct hit which sank its objective.