HomeYukonWho are the Colorful Five Percent?

Who are the Colorful Five Percent?

In any town world wide there is a certain percentage of the population known as the colorful five percent. They are the residents of the past and newcomers alike.  They all have something that sets them apart from the other 95 percent of the population.  Time holds no boundaries when identifying the colourful five percent. The following are a few of the Yukon’s unique personalities.There is Wigwam Harry and his flamboyant manner, who once lived in a piano box. Also Hard Rock Macdonald who could walk great distances.  It was once reported he took 600 miles round trip to visit a lady
friend.One of the sorriest stories is of Buzz Saw Jimmy, who built a buzz saw out of a Model T Ford and an old tractor . Jimmy fell off his machine cutting off his leg between his thigh and knee. But that didn’t stop him. He got an artificial leg and was back at it again. Few years later he fell again, but this time it was his wooden leg that was cut in half.

Then there is George Johnston, trapper and photographer of Teslin whose pictures tell the story of his Tlingit people. One of his claims to fame is he was the first native to own and operate a car in the Yukon. A museum in Teslin bears his name.

There are stories of Johnny Johns whom people from all over the world would come to hunt with, including Royalty. Johnny Johns is a true legend of the north that keeps growing as the years go by.

Still living is Edith Josie an old Crow correspondent writing for the Whitehorse Star and the Yukon Indian News. Her column is entitled “Here Are The News”. With a grade five education Edith has her own simple unique writing style. Her journalism charm lead her to receive in 1967, the Canadian Centennial Medal, Yukon Historic Museums Award in 1994, and the Order of Canada in 1995.

From Captain Dick Stevenson inventor of the Sourtoe Cocktail to Cowboy Larry Smith a veteran musher, who lived to mush the Iditarod, these are some of the five percent whom poems have been penned after. 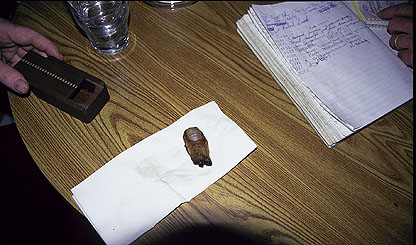 And then there is Jim Robb who illustrates Yukon’s Icons through his art. He picks his subjects by their distinct and more often eccentric personalities. 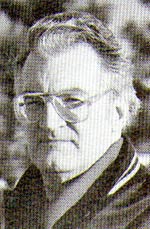 These are just a few of The Yukon’s five percent. The Yukon will see many more colourful personalities to emerge in years to come. T’is what our Provinces and Territories of Canada are made of: “The Colourful Five Percent”.

Who are the Colorful Five Percent? was last modified: February 4th, 2017 by Bruce Ricketts
Summary

Article Name
Who are the Colorful Five Percent?
Description
In any town world wide there is a certain percentage of the population known as the colorful five percent.
Author
Dora Chartier
Publisher Name
Mysteries of Canada