Perhaps the Bre-X partners took their lessons from the founders of Silver City, Alberta. Nestled in the shadow of Mount Eisenhower (still called Castle Mountain to most of us!) lays the bones of Silver City. 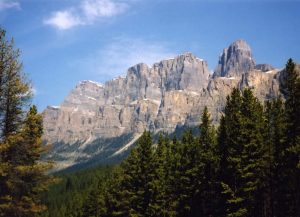 Back in 1881, a Stoney Indian had a piece of rock from the Castle Mountain area analysed for metal content. It was found to be rich with copper and lead. A claim was quickly staked on Copper Mountain, across the river from Mount Eisenhower. A small town grew up near the site. 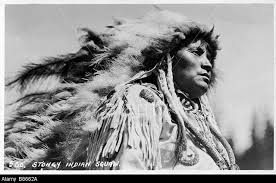 Following the pounding of the last spike and the introduction of rail travel and the CPR , Copper City grew to almost 3000 inhabitants and was renamed Silver City (the rumor is that the CPR renamed the town to complement Golden City, now called Golden, BC).

Fortunes were made and lost at Silver City. Interesting characters abound. And interesting facts remain. For example, for a town of almost 3000 people, there were no dance halls, churches or schools and less than a dozen women ever lived there. But no less than six hotels complete with casinos and pool halls graced the streets of Silver City.

The commonality with Silver City and the Bre-X fiasco was the Homestakes Mine. Started in 1885 by two partners, the mine was the site of a large gold strike. Very quickly over 2000 shares in the mine were sold at $5.00 per share. But while everybody else was looking for the gold, the two original partners, Patton and Pettigrew, skipped the country. No gold was ever found and the speculation was that Patton and Pettigrew salted the original samples.

Stories abound from the saga of Silver City.

This particular story was inspired by Harold Fryer’s book, Ghost Towns of Alberta, first printed in 1976. Perhaps we shall explore more of the book later.

If you know of any stories such as this have additional facts concerning this story let us know at info@mysteriesofcanada.com.

One Response to “Silver City – The Golden Ghost”

There are pockets of ore in area, but nothing of economical size. Still that did not stop anyone and scattered about the towering peaks near Silver City, are remains of at least a half dozen prospect (test) mines, including one we visited, high on the flanks of Protection Mountain.