On 10 November, 1975 the Great Lakes freight vessel, the Edmund Fitzgerald, sank in a violent storm on Lake Superior.

Laden with iron ore the Edmund Fitzgerald set sail from Superior, Wisconsin on the 9th of November. Her destination was a steel mill near Detroit, Michigan. An early winter storm was predicted but this was not unusual.

The freighter was a relatively modern vessel.  It had a record of excellent service on the Great Lakes. Captain Ernest McSorley was not worried about the voyage. When the wind rose to gale force a day out of the town of Superior he took precautions by reducing speed and seeking protection along the Canadian coast of Lake Superior.

At 3:30 pm McSorley radioed a nearby vessel, the Anderson.  He said that his ship was taking on water and had received some damage. Later he reported that his radar was out. The winds increased and switched direction.  Suddenly there were rogue waves that were, reported by those aboard the Anderson, as high as 35 feet. At 7:10 pm McSorley reported to the captain of the Anderson that his vessel was holding up. Minutes later the Edmund Fitzgerald sank with all 29 hands on board.

The wreck of the Edmund Fitzgerald was located underwater off Whitefish Bay, Canada. Over the years it has been visited by divers and surveyors. Lying on the bed of Lake Superior the vessel seems to have broken in half before she sank. Several explanations for the breaking up of the Edmund Fitzgerald have been proposed. Most likely the water in the hold made the ship vulnerable to giant rogue waves.  They pushed the bow and stern down with such force that the ship broke in the middle. Finding out exactly how the ship was wrecked was important for shipping on the Great Lakes. Some engineers questioned whether the length of Great Lakes freighters posed a danger in severe weather. As a result of the tragedy of the Edmund Fitzgerald, a number of improvements in ship building, in navigational instruments, and in charts of the Great Lakes were proposed. 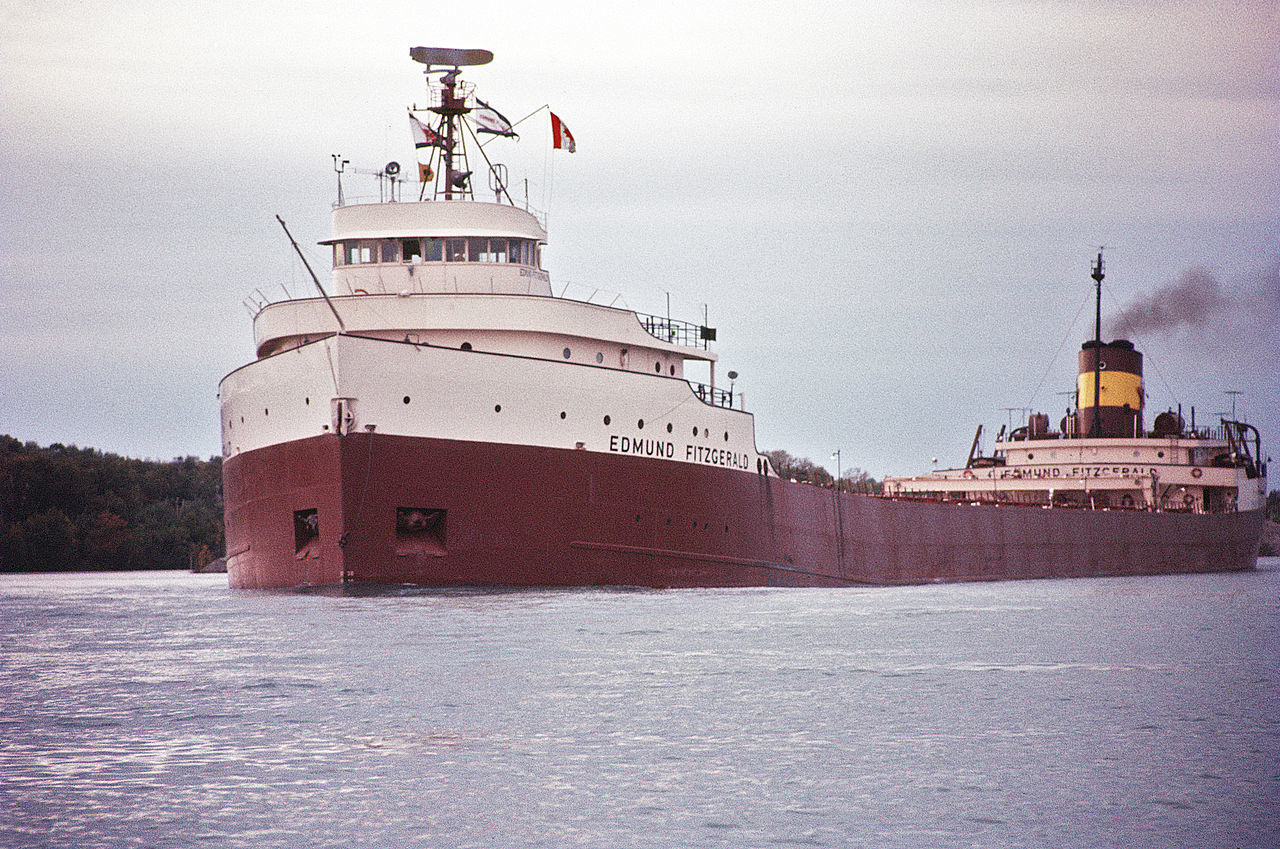