At the tender age of 16, David Milgaard was accused of raping and murdering Gail Miller, a young nursing aide in Saskatoon,Saskatchewan. He spent 23 years behind bars while his mother, Joyce, launched a one-woman campaign to free her son. Nicknamed by Homemaker Magazine as the “Gumshoe Mom,” Joyce took David’s case right up to the Supreme Court, along with lawyers Hersh Wolch and David Asper. In 1992, the court ruled that keeping David Milgaard in prison would constitute a miscarriage of justice, given the fact that the original witnesses, who had spoken up against him, had since retracted their testimonies. They were frightened and confused teenagers at the time of Miller’s death, and had been coerced by the police into fingering David Milgaard. Although a serial rapist by the name of Larry Fisher had been operating in Saskatoon, and even lived in the very building that Milgaard had visited on the day of the rape, the police insisted on focusing their attention on David.

After the historic Supreme Court decision that freed Milgaard in 1992, he was left in a state of legal limbo. His lawyers, family and supporters continued their battle to exonerate him. It took five years for DNA to prove conclusively that Milgaard had not killed Gail Miller and two more years for David and his family to receive a $10 million compensation package, and an apology from the government of Saskatchewan

(You can view the entire transcript of Justice Edward P. MacCallum’s Judicial Enquiry into the Wrongful Conviction of David Milgaardon line at .)

Notes on this story:In 1992 Sigrid MacDonald took on the task of co-coordinator of the David Milgaard Support Group in Ottawa. She ran the
group with Joyce Milgaard’s advisement, and with the invaluable help of her niece, co-coordinator, Ann Augstman. The Milgaard meetings were small but the supporters were ardent.

One such supporter was Louise Ellis, a freelance journalist who fell in love with Brett Morgan, a jailhouse snitch, at the Supreme Court hearing.  She went to bat for Morgan, a self-confessed murderer, fell in love with him, hired lawyers to expedite his release from prison, and took him into her house.  Nine months later she went missing.

D’Amour Road is a novel that Sigrid wrote and dedicated to Louise.  It is a fictional account of a woman who falls for a man with a criminal history. You can read more about it at http://damourroad.blogspot.com.

Bruce’s Notes:I became aware of Sigrid’s connection to this story a few months back when I met Sigrid at the opening of Baico Books in Ottawa.  I encouraged her to write this story, as Milgaard’s case is only one of many examples of how justice can go askew and convict the wrong person.  There is no easy solution to these miscarriages of justice but it important that we learn from the mistakes.

David Milgaard – A problem in the system was last modified: August 28th, 2020 by Bruce Ricketts
Summary 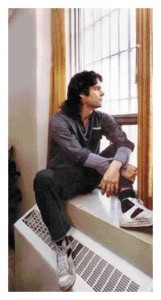 Article Name
David Milgaard - A problem in the system
Description
At the tender age of 16, David Milgaard was accused of raping and murdering Gail Miller, a young nursing aide in Saskatoon,Saskatchewan.
Author
Bruce Ricketts
Publisher Name
Mysteries of Canada