One of the first Famous Black Canadians that comes to mind is Harry Jerome.  Long before Ben Johnson or Donovan Bailey, Harry Jerome was Mr. Canada and the world’s fastest man and one of our best-known athletes despite an injury-prone career. Born in Prince Albert, Sask., and residing in Vancouver, he won a bronze medal at the 1964 Olympics, and gold at the 1966 Commonwealth Games. His first world record was a 10-second flat 100-metre sprint.

2. Portia White was born in the town of Truro, Nova Scotia. She went from singing in her father’s African Baptist church choir as a child to performing around the world as a concert singer. As a teacher in rural Halifax schools, Ms. White was able to realize her potential through support of Ladies’ Musical Clubs and the Nova Scotia Talent Trust. One of her last major appearances was at the 1964 opening of the Charlottetown’s Confederation Centre for the Arts, where Queen Elizabeth II was in attendance. 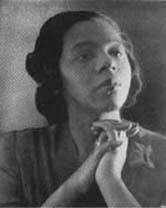 3. The real McCoy  was a black Canadian, born to escaped Kentucky slaves in Colchester, Ont. in 1843. Despite having studied engineering in Scotland, on his return to Canada, Elijah McCoy was unable to find any job other than as a railway fireman. As a mechanic in the 1870s, he noticed that machines had to stop every time they needed oil. Mr. McCoy invented a device to oil machinery while it was working, and soon no engine or machine was complete until it had a McCoy Lubricator. 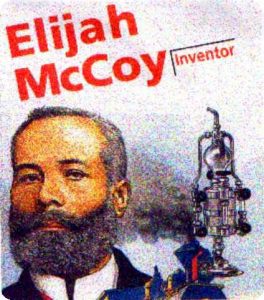 4. In 1857, William Hall became the first Black Canadians sailor as well as the first Famous Black Canadians to receive the Victoria Cross. Born in Horton Bluff, N.S., he joined the Royal Navy when only a teenager. He was also decorated for bravery during the Crimean War. 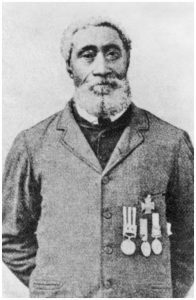 5. John Ware‘s saddle, spurs and gun can be seen at Alberta’s Dinosaur Park, remembering one of the best cowboys of the late 1800s. Born in Fort Worth, Texas, he helped set up the Bar U Ranch in the Northwest Territories, and his prowess at roping and trail breaking earned him a spot as a great cowboy.

6. Mary Ann Shadd was a black Canadian and the first woman publisher in North America, establishing the Provincial Freeman, an abolitionist newspaper, with Rev. Ringgold Ward in 1853. Born in 1823 in Delaware, she moved to Canada in 1851, where she opened an integrated school. After the American Civil War she returned to teaching in the United States, and became the first woman to enroll in Howard University law school.

7. Niagara Falls, Ont. was the birthplace of Nathaniel Dett (1882-1943), a composer, conductor, and pianist. His education included an MA from the Eastman School of Music, and time at Harvard. Mr. Dett’s compositions are still performed, most notably by the Nathaniel Dett Chorale, a professional chamber choir devoted to performing Afro-centric music. 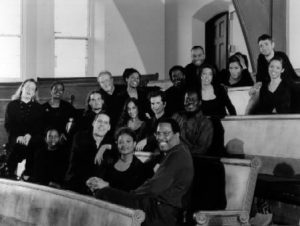 8. Josiah Henson is a black Canadian most famous for his characterization in Harriet Beecher Stowe’s Uncle Tom’s Cabin. Born to enslaved parents in Maryland in 1789, he was a slave for 45 years until escaping to Canada where he helped form the Dawn Settlement near Dresden, Ont. 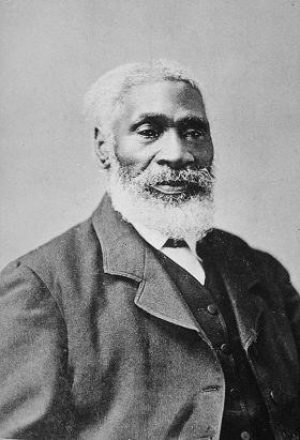 9. The first ordained black woman minister in Canada was the Rev. Addie Aylestock, who served British Methodist Episcopal churches for over twenty years. She was born in Glenallen, Ont. but ministered in Toronto, Halifax and Owen Sound. 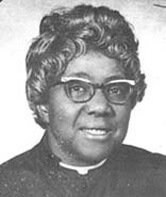 10. George Bonga was a successful and Famous Black Canadians and Voyager, who spoke French and several Native languages. He carried a load of 750 pounds for a quarter of a mile; the average weight was 250.

This appointment made Lafferty the first Black principal to serve a public school in Ontario. On Tuesday, students and staff at Guelph CVI, along with the Honourable Liz Sandals, MPP Guelph, Upper Grand DSB staff, trustees and community members, honoured Alfred Lafferty by renaming the school’s auditorium The Alfred M. Lafferty Auditorium

Do you know who Alfred M Lafferty is? My superintendent challenged my Grade 5/6 class to research him. He is not online to our knowledge.

I think this is an excellent resource and would have loved to use it with my students in class. However, the ads at the bottom restrict me from sending them this as an appropriate link. Links that say ‘dirty pics’ and ‘shoppers displaying their goods’ with pictures to go along with it is not appropriate for students to go to. There is even a Teachers Guide heading on this page, so it shows that it is intended for educational purposes. Quite disappointing.

Where is Lincoln Alexander?

thanks for creating this awesome site!

Why are these Canadian heroes not in our history books and in the educational institutions???
Are they not part of our HISTORY???

See if you can find a fantastic historical Canadian publication entitled, ‘Black Then’.

You did an amazing job! Everyone is just mad cause they thin there better than everyone else!

Great Site, but why not Willie O’Ree.
The First Black in the NHL, great athlete, and a leading New Brunswicker.

Why are all these black heroes of Canada not in our today’s Canadian University, Colleges, and High Schools text books? because White Supremacist / White Power cannot stand a Black/Native person to be the heroes of this great country Canada. But it is reality that all the things that existing today were all Invented by a Black person of West African Decent (Negro).

Thank you, these people are just the type Candians I was looking for. I wanted to see just how significant blacks in the free land recovered.

This site is awesome!!!! But I have a suggestion maybe you can give more info on the famous people! PLEASE!

Why is it necessary to put people down on the basis of what they name their children? I thought that was the kind of thing upper class twits do. How strange that progressive people want to sneer at others, (probably some poor, magilnairsed people there, single mothers etc) on that basis.

Why don’t you have murtin luther king and rosa parks?

if you read the title, it says famous Canadians…. are martin luther king or rosa parks canadian? no they are americans

Love reading history especially in Nova Scotia.So I thank you very much …It,s gentleman like yourself and women that keep such beautiful people alive in our minds …. thank you again sincerely Mary

ikr? the person who wrote this should have included them they made a big difference in the equality of african americans and “whites”

Maybe you should RE read the tittle ‘Ten Famous Black Canadians’ … its sad that the two you mentioned are Americans and you have no reference to the hundreds more of Canadian famous Black people that are not in this list of ten, like Lincoln Alexander, The Honorable Donald H Oliver, Rosemary Brown, Portia White, John Ware… and so many more