There is a plaque at the corner of Brentcliffe Road and Broadway Avenue in Leaside (Toronto), Ontario.  It was erected to commemorate the first airmail flight in Canada which took place on June 24, 1918. A flight that almost failed. The air war over Europe during WWI took a heavy toll on pilots.  More than a few had “touched the face of God” and not returned to talk about the experience.  By the last months of the war, the number of recruits had dwindled significantly.  Captain Brian Peck volunteered to perform a aerial demonstration over Montreal to spark the interests of recruits to join the Royal Flying Corps.  He, with a passenger, Cpl, E.W. Mathers, flew a Curtiss JN4 from the Leaside Aerodrome to the Bois Franc Polo Grounds near Montreal.  His planned air show on June 22, was cancelled due to poor weather.  He planned to return to Leaside the next day.

Two members of the Aerial League of the British Empire, G. Lighthall and E. Greenwood, were determined to make the Peck’s return flight the first air mail delivery in Canada.  They had contacted the Postmaster General in Ottawa and were given 120 letters, with special stamps reading “Inaugural Service via aerial mail – Montreal 23.6.18”.  Unfortunately the inaugural flight was delayed until June 24 due to a heavy rainstorm.  When Peck wound up his plane on June 24, his passenger held the mail on his lap.  The plane lumbered down the polo grounds and slogged its way off the ground.  The extra weight added before takeoff made the plane so heavy that it could not get above 40 feet altitude.  It flew so low that it had to manoeuvre beneath telegraph wires and around obstacles.  It burned so much fuel that the plane was landed in Kingston where they took on regular auto gas.  The gas resulted in a sputtering engine and loss of power.  Peck landed again at Deseronto, less than 30 miles later, to drain the fuel tanks and bring on a load of aviation fuel.  At 4:55 PM, after nearly 6 hours in transit, Peck landed in Leaside and delivered the mail to the Toronto Postmaster.

For almost 45 years the reason why the plane had so much trouble carrying the mail was hidden from the public.  In 1954, in his book, Canada’s Flying Heritage, Frank Ellis told the story.  Prior to his flight to Montreal, Peck was asked by a friend to bring back something for a wedding.  It was a time when Prohibition was in place in Ontario.  Peck had loaded his plane with cases of Mull Scotch.

By the way, on July 9, 1918, Katherine Stinson delivered the first airmail in Western Canada.  She also became the first female pilot to deliver airmail in Canada. 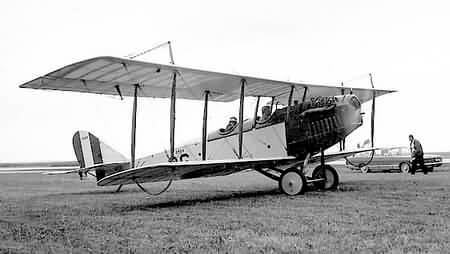