On Monday, January 25, 2016, kids all over the country stood for the O Canada before morning announcements. Young men- like the Medicine Hat Tigers in Prince George, BC, and the Kindersley Klippers in Wilkox, Saskatchewan- removed their helmets for the Canadian National Anthem before battling the home team on the ice. And grey-haired bureaucrats in Ottawa, the Capital of Canada, discussed the fate of the O Canada before adjourning at 7:30 pm.

On January 25, Canada’s House of Commons resumed, and with it the efforts of Liberal MP Mauril Belanger to make the Canadian National Anthem “gender neutral”. Belanger, who is suffering from ALS, has declared that he intends to reintroduce his bill to change our national anthem’s second line. Specifically, he wants to change true patriot love “in all thy sons command” to “in all of us command”. The Ottawa-area MP argues that the current lyrics “in all thy sons” neglect to reflect the sacrifices and contributions Canadian women.

Belanger is not the first parliamentarian to take up the torch on this perceived issue. In accordance with the epidemic of political correctness that has taken this millennium by storm, left-leaning Canadian politicians have tried to “modernize” Canada’s national anthem for years. Some, like former Governor General Michaelle Jean, have championed Belanger’s crusade. Others, like former Toronto city councillor Howard Moscoe, fear the O Canada’s words “our home and native land” are exclusive to Canadian immigrants. Others still seek to remove the anthem’s religious references so as to not offend secularists and religious minorities.

Many of us Canadians are strongly opposed to these proposed changes. We see the Canadian National Anthem as a fundamental element of our national identity. To us, the O Canada is something that should not be subject to change, lest we want to advertise to the world our country’s lack of pride in its lineage and lack of faith in itself.

Proponents of Belanger’s cause present a solid counterargument, however. They remind us that the words “in all of us command” are actually closer to the lyrics of an earlier version of O Canada written in 1908. They argue that a “gender neutral” version would actually be more authentic than the version we have now. That counterargument raises a couple of questions: How many versions of our national anthem are there? When was our national anthem first written? What is the history of Canada’s National Anthem?

The History of O Canada

The first version of The Canadian National Athem was written by French Canadian composer Calixa Lavallee. Lavallee wrote the piece in 1880, just thirteen years after Constitution.

Lavallee lived a colourful life. He was born in a suburb of Montreal in 1841. His father, a master organ builder, taught him to play the organ at a young age. At 25, Lavallee left Canada for the United States. There, he won a music competition and ended up touring Brazil and the West Indies with a Spanish violin virtuoso. He returned to the United States just in time to fight for the Union Army in the Civil War. In the Reconstruction Era following the war, Lavallee toured the United States with show companies. When he was not on the road, he took up residence in various cities, including Montreal, Chicago, Philadelphia, and New York City. He ended up settling down in Boston.

Despite being an expatriate, Lavallee was considered by many to be a Canadian national musician. Like Edvard Grieg in Norway and Jean Sibelius in Finland, Lavallee performed and composed music which helped young Canada establish a national identity.

In January 1880, the Lieutenant Governor of Quebec commissioned Lavallee to compose a tune for St-Jean-Baptiste Day. St-Jean-Baptiste Day is a Catholic Quebecois feast day on June 24 which celebrates the birth of John the Baptist. The tune was put to the lyrics of a poem written by Adolphe-Basile Routhier, a French Canadian judge and writer. Lavallee completed the song in time. It was performed for the first time on the evening of June 24, 1880, in Quebec City. It was entitled the “Chant national”.

When translated literally from French to English, the Chant National Lyrics read:

By 1908, a number of Canadian writers translated the Chant National from French to English. Among them was Dr. Thomas Bedford Richardson, Mercy E. Powell McCulloch, Wilfred Campbell, Augustus Bridle, and Ewing Buchan.

The only English translation to gain widespread acceptance was one written by Robert Stanley Weir, a Montreal judge and writer, in 1908. Weir wrote the O Canada Lyrics in his summer home to mark the 300-year anniversary of the founding of Quebec City. He entitled the piece “O Canada”. His lyrics read:

We stand on guard for thee.

O Canada! Where pines and maples grow,
Great prairies spread and lordly rivers flow,
How dear to us thy broad domain,
From East to Western Sea;
Thou land of hope for all who toil!
Thou True North, strong and free!
(Refrain)

O Canada! Beneath thy shining skies
May stalwart sons and gentle maidens rise,
To keep thee steadfast through the years,
From East to Western Sea.
Our own beloved native land,
Our True North, strong and free!
(Refrain)

Ruler Supreme, Who hearest humble prayer,
Hold our dominion within Thy loving care.
Help us to find, O God, in Thee,
A lasting, rich reward,
As waiting for the Better Day
We ever stand on guard.
(Refrain)

Weir’s lyrics have undergone a number of revisions over the years. The first revision took place in 1913. It was a small revision to the second line, which replaced “thou dost in us command” with “in all thy sons command”.

Weir made the change himself without publicly disclosing a reason. Some historians suggest that Weir might have changed the lyrics in protest of the increasing fanaticism of the women’s suffragette movement. Whatever the case, the words “in all thy sons command” have since come to resonate with many Canadians as an homage to the 100,000 Canadian men who lost their lives fighting in the First and Second World Wars.

In 1927, the O Canada was officially published in time for the Diamond Jubilee of Confederation. At the time, it was undoubtedly the most popular national song in French Canada. In English Canada, however, the Canadian National Anthem vied for popular supremacy with another patriotic song, The Maple Leaf Forever. The Maple Leaf Forever was written by Alexander Muir at the time of Confederation.

In 1980, the anthem was modified again. It became the version we know today. It might surprise some Canadians (me included!) to learn that there are actually four verses in the official anthem. Most of us are only familiar with the first verse. The additional three verses are slightly modified versions of the original verses written by Weir in 1908. These three are rarely sung. You can read all four verses at OhCanadaAnthem.com. The Oh Canada Lyrics first verse, the one most of us are familiar with, goes thus:

Since then, the anthem has become an integral part of Canadian identity. It has become as firmly rooted in Canadian culture as ice hockey, Mounties, and the Maple Leaf. It is sung daily in Canadian schools all over the country. It is played at sporting events and official ceremonies. It even features in some of our beer commercials!

So, what do you think, Canada? Should we change a couple of words in our national anthem to make it more politically correct? Or should we keep it the way it is? Let us know what you think in the comments below. 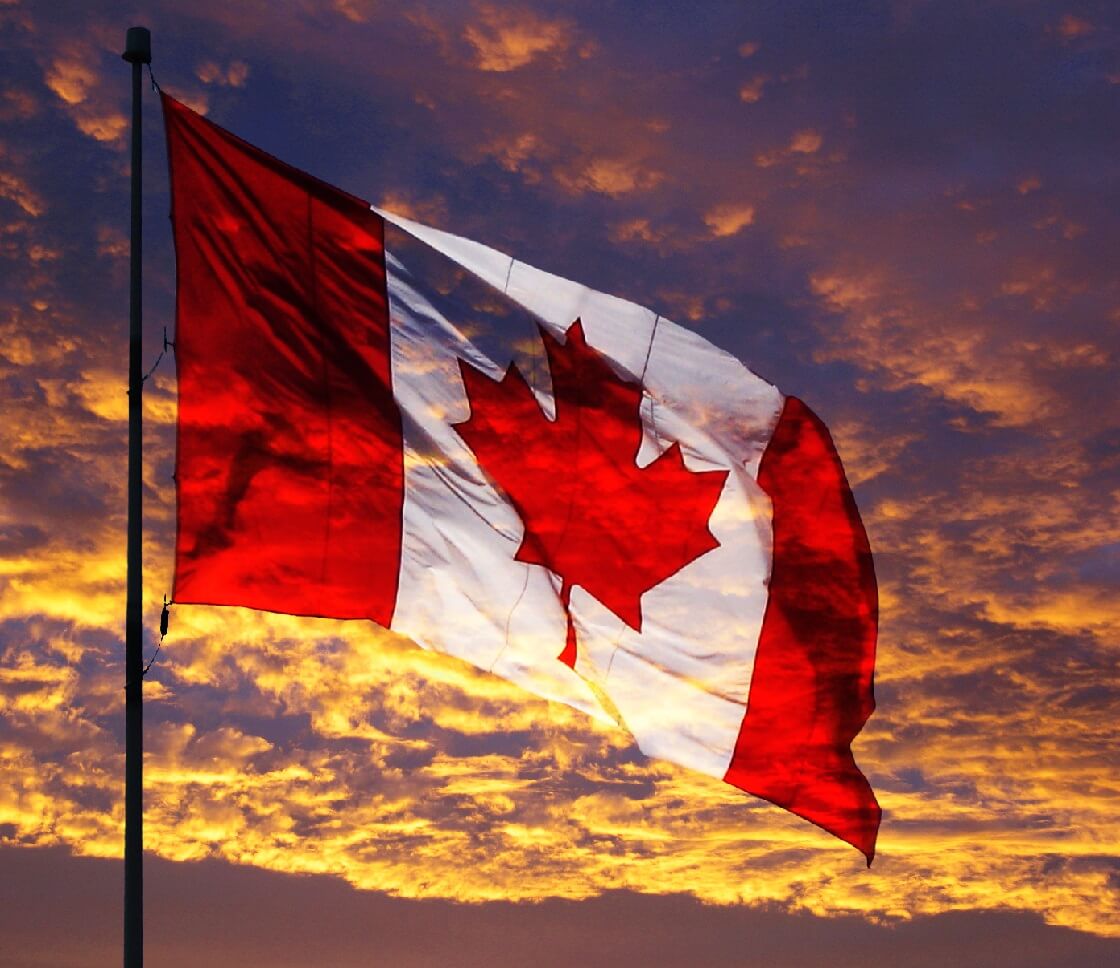