Thomas D’Arcy McGee was an editor, politician, and poet, born at Carlingford, County Louth, Ireland, 13 April, 1825.  He was assassinated at Ottawa, Canada, 7 April, 1868. A precocious youth in Ireland, he emigrated to the United States at seventeen.  Soon after his arrival at Providence, Rhode Island, he gave an inspired  speech on the Repeal of the Union between England and Ireland.  His perceived incite brought him an offer of employment on the Boston Pilot  newspaper. His editorials and other contributions to this paper and his public addresses attracted a great deal of attention to himself.  His writings and speeches were called “the inspired utterances of a young exiled Irish boy in America”.

With some journalistic experience under his belt, McGee returned to Dublin to take a place on the editorial staff of “The Freeman’s Journal”.  His advocacy of the advanced ideas of the Young Ireland Party caused him to leave that paper for a position on Charles Gavan Duffy’s “Nation”, in which many of his poems and patriotic essays were printed.  In the later revolutionary episodes of 1848 he was one of the most active leaders.  Being the secretary of the Irish Confederation, he was arrested and imprisoned for a short time because of an unwise speech. When the government began to suppress the movement and to arrest its leaders, McGee escaped to the United States disguised as a priest. In New York he started a paper called “The Nation”.  He soon got into trouble with Bishop Hughes over his violent revolutionary ideas and diatribes against the priesthood in their relation to Irish politics. Changing the name of the paper to “The American Celt” he moved to Boston, then to Buffalo and again back to New York.

In 1857 he settled in Montreal where he published another paper, “The New Era”.  He entered into local politics and was elected to the Canadian Parliament.  His ability as a speaker put him in the front rank. He changed the tenor of his political views and, as he advanced in official prominence, advocated British supremacy as loyally as he had formerly promoted the revolutionary doctrines of his youth. The Confederation of the British colonies of North America as the Dominion of Canada was due largely to his initiative.

In the change of his political ideas he constantly embittered and attacked the revolutionary organizations of his fellow countrymen.  This made him very obnoxious to them. This that led to his assassination by an overwrought fanatic.  Thomas McGee, one of the signers of the BNA, a father of Confederation was felled by a single bullet while walking to his home on Sparks Street in Ottawa.  The Fenians, who fought for Irish independence, were immediately suspected because McGee was one of their strongest critics. No conspiracy was ever proven, but a young Irish tailor, Patrick James Whalen, was accused and hanged for the killing in 1869. 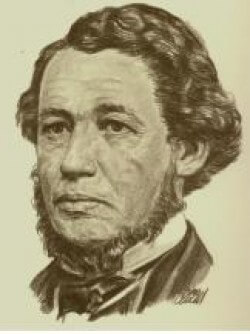