Miss Piggy was a Curtiss C-46 Commando cargo aircraft, operated by Lamb Air in Northern Manitoba. The C46 flew in 1945 and was nicknamed Miss Piggy because of the size of the loads she carried from site to site in the north. On November 13, 1979, Miss Piggy left the Churchill airport.  Shortly into the flight her No.1 engine oil temperature rose, and a drop in oil pressure forced the crew to descend and turn back to Churchill. 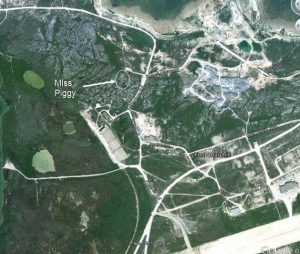 The aircraft couldn’t hold the altitude and a forced landing was made in rough terrain 1/4mile short of the runway. Reportedly, the aircraft was overloaded…a stuffed Piggy.

There were three crewmen injured in the crash but all survived.  To this day,Miss Piggy rests on a cliff edge north of the airport and is an official tourist attraction for Churchill. 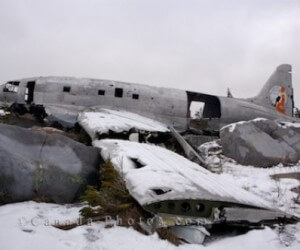 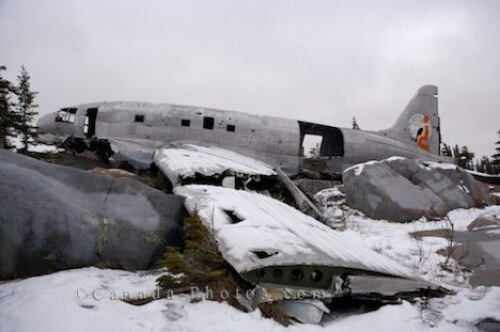 And we love the Piggy!