The Battle of Britain Ceremony, Ottawa

I attended the Battle of Britain ceremony in Ottawa on Sunday September 17.  You couldn’t help noting that the number of old vets is dwindling quickly. I met an 89 year old former Spitfire Pilot who flew with the RAF during the Battle of Britain.  He was made small by a creaky back and wobbly legs but his wife had to keep reminding him to use his walker, so strong was his spirit.  He told me that the biggest flying danger, after fighting the Luftwaffe, was running out of gas.  “Spitfires didn’t land to well in the trees”, he said. The ceremonial and pipe bands played the music that I remembered from my time growing up on military bases.  The bugler played Reveille.  There was the pipers lament. 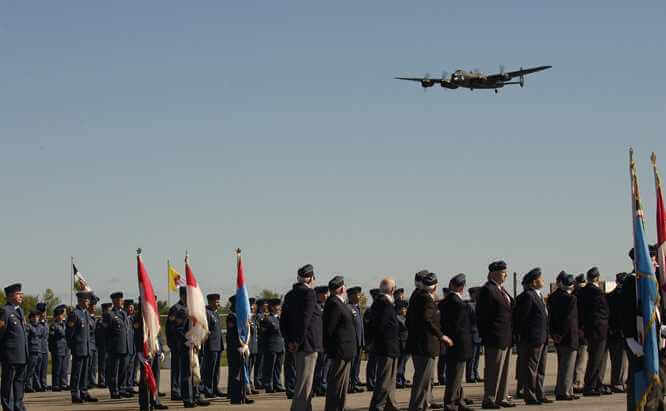 Battle of Britain Fly By

There was a flypast by an AVRO Lancaster,  a Spitfire, two Hurricanes, a Mustang, an Aurora Maritime patroller, a Griffon helicopter and two ear splitting (and I do love it) CF-18 Hornets.

One of the more memorable moments of the day was the reading of High Flight, a poem by P/O John Gillespie Magee. 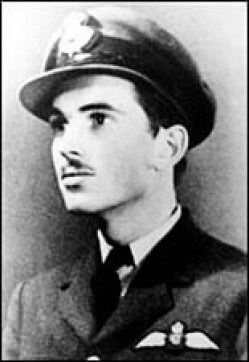 I have slipped the surly bonds of earth
And danced the skies on laughter-silvered wings;
Sunward I’ve climbed, and joined the tumbling mirth
Of sun-split clouds — and done a hundred things
You have not dreamed of — wheeled and soared and swung
High in the sunlit silence. Hov’ring there,
I’ve chased the shouting wind along, and flung
My eager craft through footless halls of air.
Up, up the long, delirious burning blue
I’ve topped the windswept heights with easy grace
Where never lark, or even eagle flew.
And, while with silent, lifting mind I’ve trod
The high untrespassed sanctity of space,
Put out my hand, and touched the face of God.

During the dark days of the Battle of Britain, hundreds of Americans crossed the border into Canada to enlist with the Royal Canadian Air Force. Knowingly breaking the law, but with the tacit approval of the then still officially neutral United States Government, they volunteered to fight Hitler’s Germany.
John Gillespie Magee, Jr., was one such American. Born in Shanghai, China, in 1922, Magee was just 18 years old when he entered flight training. Within the year, he was sent to England and posted to the newly formed No 412 Fighter Squadron, RCAF, which was activated at Digby, England, on 30 June 1941. He was qualified on and flew theSupermarine Spitfire.

Flying fighter sweeps over France and air defence over England against the German Luftwaffe, he rose to the rank of Pilot Officer. At the time, German bombers were crossing the English Channel with great regularity to attack Britain’s cities and factories. Although the dark days of the Battle of Britain were over, the Luftwaffe was still on the job of keeping up the pressure on British industry and the country.

On September 3, 1941, Magee flew a high altitude (30,000 feet) test flight in a newer model of the Spitfire V. As he orbited and climbed upward, he was struck with the inspiration of a poem — “To touch the face of God.” 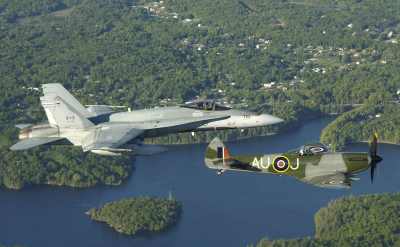 Once back on the ground, he wrote a letter to his parents. In it he commented, “I am enclosing a verse I wrote the other day. It started at 30,000 feet, and was finished soon after I landed.” On the back of the letter, he jotted down his poem, “High Flight.”

Just three months later, on December 11, 1941 (and only three days after the US entered the war), Pilot Officer John Gillespie Magee, Jr., was killed. The Spitfire V he was flying, VZ-H, collided with an Oxford Trainer from Cranwell Airfield while over Tangmere, England. The two planes were flying in the clouds and neither saw the other. He was just 19 years old.

Article Name
The Battle of Britain Ceremony, Ottawa
Description
I attended the Battle of Britain ceremony in Ottawa on Sunday September 17. You couldn't help noting that the number of old vets is dwindling quickly.
Author
Bruce Ricketts
Publisher Name
Mysteries of Canada