The Devils Brigade was a joint World War II American-Canadian commando unit trained at Fort Harrison near Helena, Montana in the United States. The volunteers for the 1600 man force consisted primarily of enlisted men recruited by advertising at Army posts, stating that preference was to be given to men previously employed as lumberjacks, forest rangers, hunters, game wardens, and the like. The 1st Special Service Force was officially activated on July 20, 1942 under the command of Lt. Colonel Robert T. Frederick. Force members received rigorous and intensive training in stealth tactics, hand-to-hand combat, the use of explosives for demolition, amphibious warfare, rock climbing and mountain fighting, and as ski troops. Their formation patch was a red arrowhead with the words CANADA and USA. They even had a specially designed fighting knife made for them called the V-42.

Their first scheduled operation was code-named “Project Plough,” a mission to parachute into German-held Norway to knock out strategic targets such as hydroelectric power plants. This operation had to be abandoned but in October of 1943 the commander of the US Fifth Army, Lt. Gen. Mark W. Clark, brought the 1st Special Service Force to Italy where its members demonstrated the value of their unique skills and training. At Monte la Difensa they immediately earned a reputation for being able to take impenetrable objectives when no one else could. Here, in the dead of winter, the Special Force wiped out a strategic enemy defensive position sitting high atop a mountain surrounded by steep cliffs. Previously, American forces had suffered many casualties in futile attempts to take the important target. This incident was the basis for the 1968 motion picture titled “The Devils Brigade.”

During Operation Shingle at Anzio, Italy, 1944, the Special Force were brought ashore on February 1st, after the decimation of the U.S. Rangers, to hold and raid from the right-hand flank of the beachhead marked by the Mussolini Canal/Pontine Marshes, which they did quite effectively.

It was at Anzio that the enemy dubbed the 1st Special Service Force as the “Devils Brigade.” The diary of a dead German soldier contained a passage that said, “The black devils (Die schwarze Teufeln) are all around us every time we come into the line.” The soldier was referring to them as “black” because the brigade’s members smeared their faces with black boot polish for their covert operations in the dark of the night. Canadian and American members of the Special Force who lost their lives are buried near the beach in the Commonwealth Anzio War Cemetery and the American Cemetery in Nettuno, just east of Anzio.

The first unit sent into Rome, the Devils Brigade were given the assignment of capturing seven essential bridges in the city to prevent the Germans from blowing them up. During the night of June 4th, members of the Devil’s Brigade entered Rome. After they secured the bridges, they quickly moved north in pursuit of the retreating Germans. The following morning, throngs of grateful Romans lined the streets to give the long columns of American soldiers passing through the city a tumultuous reception. War photographers captured the scenes of joy on film to be seen back home, but the soldiers who actually liberated the city had passed through Rome during the early morning hours in darkness and near silence and were again in fierce combat with the Germans along a twenty-mile front on the Tiber River.

Following the taking of Italy, on August 14, 1944 the Brigade was shipped to Iles d’Hyères in the Mediterranean Sea just off the coast of Southern France. As part of the U.S. 7th Army, they fought again with distinction in many battles. On September 7th, they moved to the Franco-Italian border in what is called the “Rhineland Campaign.” Members of the Brigade, usually traveling by foot at night, made their way behind enemy lines to give intelligence on German positions. This operation not only contributed to the liberation of Europe, but the information Brigade members were able to pass back to headquarters saved many Allied soldier’s lives.

The Devils Brigade, a one-of-a-kind military unit that never failed to meet its goal, was disbanded by the end of the War. However, in 1952 Col. Aaron Bank would create another elite unit using the training, the strategies, and the lessons learned from the Devil’s Brigade’s missions. This force would evolve into specialized forces such as the Green Berets, Delta Force, and the Navy SEAL. In Canada, today’s elite and highly secretive JTF2 military unit is also modeled on the Devil’s Brigade. Like World War II, Canadian JTF2 members and American Deta Force members were united again into a special assignment force for the 2001 invasion of Afghanistan.

In September of 1999, the main highway between the city of Lethbridge, Alberta Canada and Helena, Montana in the United States was renamed the “First Special Service Force Memorial Highway.” This highway was chosen because it was the route taken in 1942 by the Canadian volunteers to join their American counterparts for training at Fort Harrison.

A large number of the Devils Brigade members were honored for their acts of valour, including Tommy Prince (on right in the image at left), Canada’s most decorated aboriginal soldier of WW II.

Here is another article on the 1st Special Service Force:

Training was arduous — parachuting, skiing, and mountain climbing. Everything was done “at the double” and their physical conditioning was aided by calisthenics, obstacle courses, and long marches with hundred-pound packs. Each man learned how to handle explosives and to use every weapon in the Force’s extensive arsenal. Hand-to-hand combat, night fighting, and use of captured weapons rounded out the training program. These specialized skills were necessary, for the Force members were to become shock troops, frequently raiding strategic positions and often parachuting behind enemy lines. Their effectiveness would earn them the nickname, “the Devil’s Brigade”.

The First Special Service Force arrived in Italy in November 1943, as the 5th U.S. Army was preparing to capture the mountains that guarded Cassino to the south. Its first task was to throw the Germans off two of the highest peaks, Monte la Difensa and Monte la Remetanea. Climbing ropes in the dense fog, the Force took the Germans by surprise on Difensa. Following a bloody, six-day battle, Monte la Remetanea was captured. Its first involvement in the Italian campaign cost the First Special Service Force 511 casualties, including 73 fatalities.

A month later, the Force equaled its earlier accomplishment by taking Monte Majo and several other ridges controlling the Via Caslina, the main Naples-Rome road. In terrible weather and even harsher conditions, the Germans were forced back across the Rapido River valley to their main defences, the Gustav Line. Sixty-seven Canadian members of the Force were either killed or wounded on Monte Majo.

By the time the First Special Service Force was pulled out of the line in the middle of January, it had an impressive record. After securing Majo, it drove the enemy from Hills 1109 and 1270, and other Fifth Army formations cleared the Germans from east of Cassino. Due in large part to this elite Canadian-American unit, the Fifth Army was finally ready to launch its long-awaited offensive on Rome. The Force was now sent to Anzio.

The First Special Service Force arrived at the beachhead on February 1. A few reinforcements left it with a combat strength of 1,233, all ranks. Only one of its regiments was intact, the other two were at half-strength. The Force promptly took over one-quarter of Anzio’s thirty-mile-long front, and in a week forced the Germans to withdraw more than a mile from the Mussolini Canal, which was situated at the right flank of the bridgehead.

Performing night raids, scouting and reconnaissance, one of the most successful Force soldiers was 28-year-old Canadian Tommy Prince from Manitoba, who became one of Canada’s most-decorated Aboriginal soldiers, with the Military Medal and the U.S. Silver Star for bravery in action. One of his most famous exploits, earning him the Military Medal, occurred near Anzio, where he calmly placed himself in great danger to report enemy artillery positions. Despite outstanding performances like this, the Force’s casualties at Anzio, while not heavy, mounted steadily. By the time it came out of the line on May 9, it had lost 384 men, killed, wounded, or missing, 117 of which were Canadian.

While the Canadian army was not directly involved in the liberation of Rome, there was a Canadian presence. Members of the First Special Service Force were the first liberators to enter the city. The Force had spent nearly a hundred days in continuous action and so when it came out of the line at Anzio, was given an opportunity to rest and reorganize. Reinforcements strengthened the unit, including 15 Canadian officers and 240 other Canadian ranks.

In late May, the Force headed toward Appian Way, one of the two highways to Rome from the south. Once again the members found themselves in the mountainous terrain in which they excelled and soon seized Monte Arrestino at the entrance to the valley leading northwards to Valmontone, then took Artena, near Valmontone. The approach to Rome began early morning on June 3 and by midnight, the Force had reached Rome’s suburbs. An hour later the Force commander was ordered to seize the Tiber bridges into the capital. The next day, they entered Rome, fanning out across the capital to seize key locations in Rome’s center.

Soon after, before the end of the Italian campaign, the First Special Service Force left Italy to fight in southern France and was disbanded in December that year.

By the time the “Devils Brigade” secured Rome, Canadian casualties alone totalled 185, or about one-third of the Force’s Canadian contingent. Sixty-two of them lie among the 2,313 war dead at Beach Head War Cemetery in Anzio on Italy’s west coast.

There has been a “controversy” raging in the media of late.  Apparently, CND will not let out any information, under the Access law, about the FSSF, a joint Canadian-US special force from WWII.  Here is the FSSF’s story including their campaign stops. 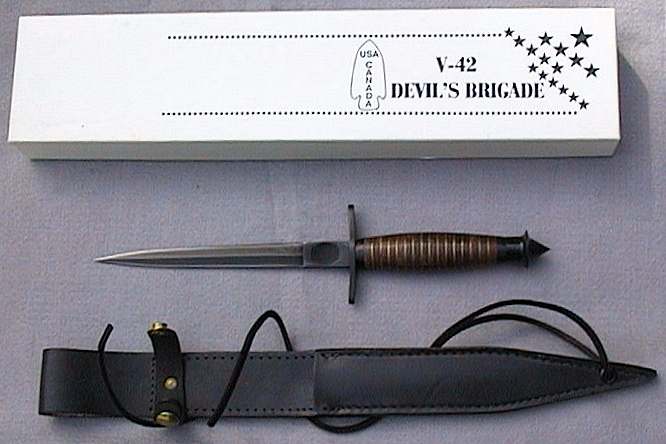