I was reading the newspaper this morning and noticed a story about Billie Barker VC.  Barker was Canada’s second most prolific war ace in WWI.  The article lamented the fact that Barker was not as well know as Billie Bishop VC.  I agree with the article but it got me thinking about the number of equally important WWI aces who were never given their due.  For example, take the story of Flight Lieutenant William Alexander.

Flight Lieutenant William Melville Alexander was born in Toronto, 8 November 1897.  He joined the RNAS in 1916 and was sent to Europe to fly with the RAF (Canada did not have its own Air Force until the 1940s.). 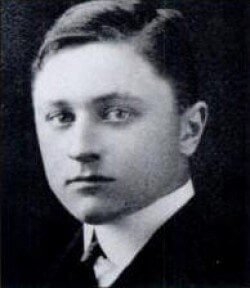 In September 1917 William Alexander was awarded the Distinguished Flying Cross for the following actions:

The rest of the story of Alexander’s career is best described on the http://rcafassociation.ca/ site:

One of the most remarkable aspects of Alexander’s career is that he received no further decorations, despite a brilliant career.  This is all the more extraordinary when one finds, in Public Record Office Air 1/1696/204/122/13, the following letter dated 17 April 1918 from the Commanding Officer of No.210 Squadron to the Officer Commanding, 10 Wing, Royal Air Force:

I wish to bring to your notice the name of Flight Commander William Melville Alexander, DSC, as suitable for recommendation for Bar to Distinguished Service Cross, in recognition of his excellent work and good leadership. He has accounted for 16 hostile machines in the last eleven months, during four months of which he was away in Canada. He was awarded the Distinguished Service Cross in August 1917 and since that time he has driven down nine enemy machines out of control and carried out a considerable amount of low flying. A list of the most outstanding of his achievements is appended. The list mentioned (quoted in full below) recounts three incidents that had already been mentioned with respect to his original Distinguished Service Cross, but in all other respects it would appear that he merited a Bar (or two).

1917 August 16th – Near Wervicq, attacked one of two enemy scouts. Fired 30 rounds from 100 yards. Tracers entered fuselage round pilot’s seat and enemy aircraft nose-dived, side-slipped and fell out of control.

1917 August 20th – Was attacked by five enemy aircraft while with two machines, near Langemarck. Enemy aircraft dived from above and forced our machines into cloud below. On coming out, pilot saw three of the enemy aircraft still above and climbed after them, following the three to Roubaix where they turned to fight. Drove one down completely out of control and the others broke off combat and fled.

1917 August 21st – Near Menin, in a general engagement, attacked an enemy aircraft scout at 15,000 feet and followed him down to 10,000, finally getting close behind him, and firing 100 rounds when enemy aircraft turned over, side-slipped and went down entirely out of control. Pilot watched this machine for 2,000 feet.

1917 August 23rd – Engaged Albatross Scout over Houthulst Wood for five minutes. After manoeuvring got good position on his beam and raked his fuselage from end to end. Enemy aircraft fell over on its back, went down several hundred feet, turned and fell again into the clouds.

1918 January 23rd – Near Staden attacked one of a formation of scouts and two-seaters. Engaged Albatross Scout just above clouds at 7,000 feet and fired 75 rounds at enemy aircraft from 60-50 yards. Enemy aircraft went down into the clouds out of control. Pilot followed through clouds and observed this machine still falling completely out of control.

1918 March 6th – Near Dixmude to southeast engaged one of four enemy aircraft scouts and fired 50 rounds from 30 yards. Tracers entered machine and enemy aircraft went down in a vertical dive out of control. Result observed by Flight Lieutenant Hinchcliffe and Flight Sub-Lieutenant Rice.

1918 March 24th – In combat with seven enemy aircraft over Roulers-Menin, killed pilot of one machine which fell completely out of control and must have crashed.

1918 April 11th – Attacked Albatross two-seater east of Estaires, firing 150 rounds from 75 yards. Tracers seen to enter fuselage. Enemy aircraft went down out of control into cloud of smoke coming from ground. Did not reappear, so probably crashed. Confirmed by Flight Sub-Lieutenant Joseph.

From 9th to 17th April – He dropped 38 bombs and fired 4,000 rounds from low altitudes on enemy troops and transport and other ground targets.

FURTHER NOTE: Public Record Office Air 1/74 has a report on him, dated 23 August 1918, apparently by (but possibly for) the Brigadier Commanding No.5 Group, Royal Air Force. “This officer has been under my command since April 1917.  He is thoroughly efficient and capable officer, who possesses an exceptional command of men.  He is at present in command of a Camel Flight at Dover, and is strongly recommended for the rank of Temporary Major.”

F/Lt. Melville never did make it to Major. Seems that many of our brave men did not get the recognition they deserved.

Black Prince!
He is seared into my memory. Unsung hero, and gloriously Canadian