The Curse of Oak Island- Season 7, Episode 6: Closing In

The Curse of Oak Island- Season 7, Episode 6: Closing In

The following is a plot summary of Season 7, Episode 6 of the History Channel’s TV series The Curse of Oak Island.

Rick Lagina, Dan Henskee, and other members of the Oak Island team head to the South Shore Cove, where the terminus of an old searcher tunnel (called the Shaft 9 sluiceway) was discovered at the end of the previous episode. Doug Crowell, Billy Gerhardt, and contractor Scott Barlow, using shovels and a backhoe, uncover enough of the structure to determine the sluiceway’s orientation. The crew then decides to dig a hole 25 feet along the supposed line of the sluiceway in order to verify that they have correctly estimated the structure’s subterranean route. 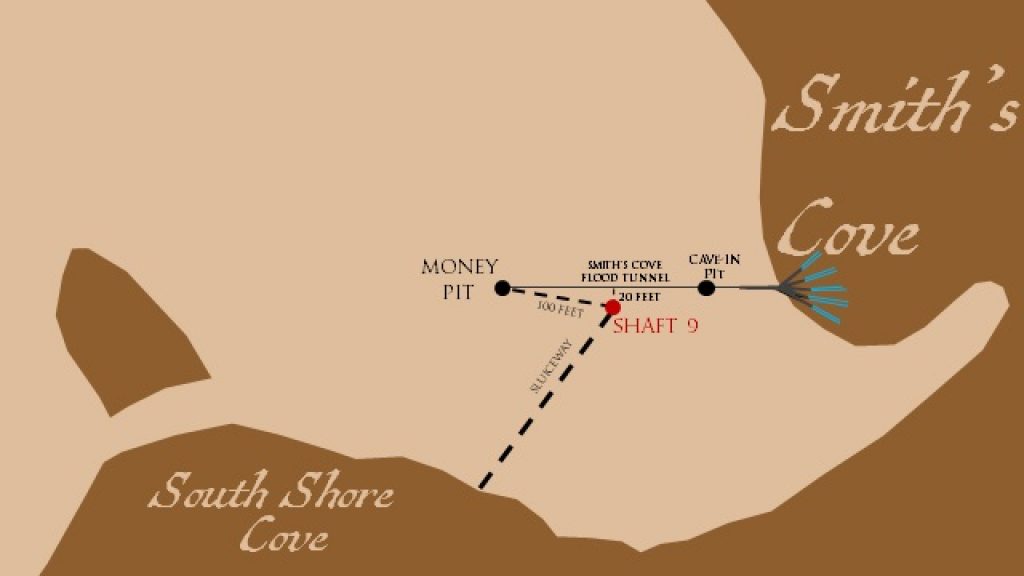 Oak Island’s Shaft 9, with its tunnel and sluiceway.

Later, Rick and Marty Lagina, Craig Tester, and Steve Guptill head to the Cave-In Pit, where they meet with Alex Gauthier and other members of Eagle Canada. We learn that the seismic exploration company has laid crisscrossing lines of geophones and dynamite charges across Smith’s Cove and the Cave-In Pit area, and will be detonating around 1,000 (out of a total of 18,000) charges in the Cave-In Pit area that evening. The seismic crew proceeds with the operation as the sun sets. 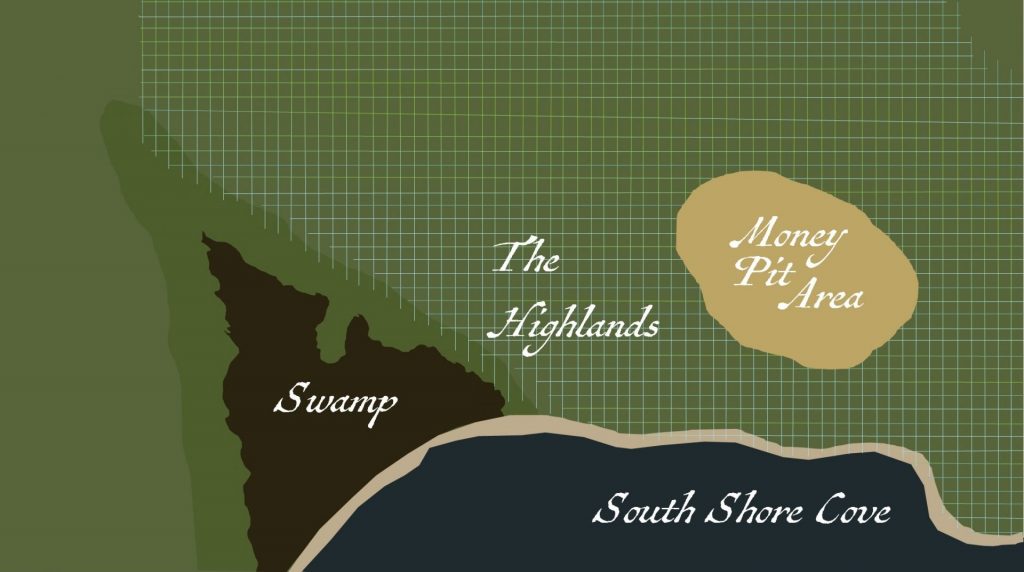 Oak Island’s so-called “Highlands”, located between the swamp and the Money Pit area.

The next morning, the Eagle Canada crew begins laying out geophones in the section of island between the swamp and the Money Pit area, which the narrator refers to as the “Highlands”. While the jughounds go about their work, Gary Drayton and Peter Fornetti do some metal detecting on Oak Island’s Lot 32, not far from the swamp. First, the pair uncovers what Drayton identifies as an 18th Century decking spike at the edge of the beach. After that, the treasure hunters unearth a curved, hand-forged, wrought-iron rod which Drayton likens to the crib spikes discovered on Oak Island’s Lot 26 back in Season 6, Episode 3. The treasure hunters agree that they ought to have the artifact analyzed by blacksmithing expert Carmen Legge. 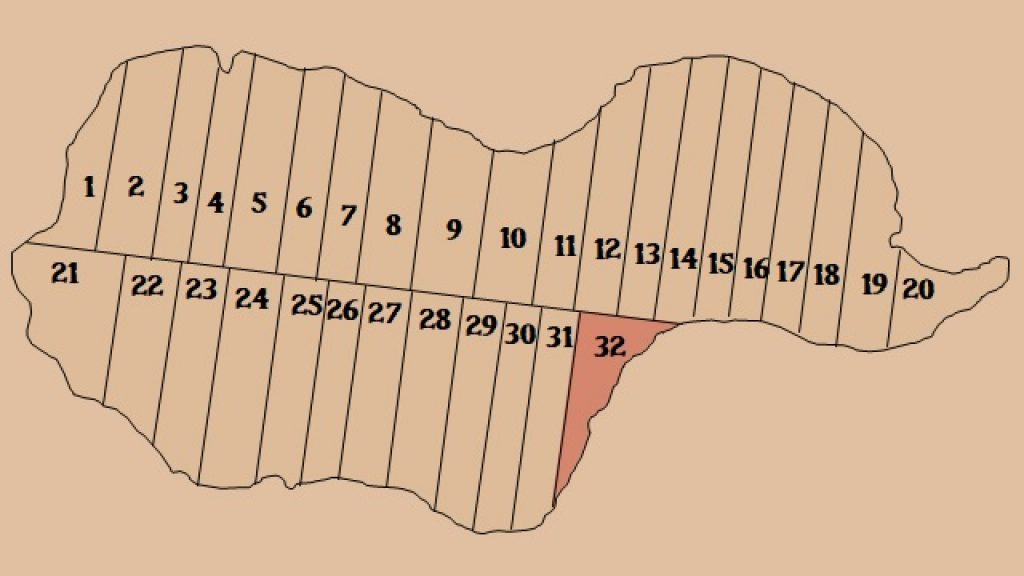 Meanwhile, Billy Gerhardt, Scott Barlow, and other members of the Oak Island team dig a hole about 25 feet uphill from the terminus of the Shaft 9 sluiceway in the hopes of intersecting the searcher tunnel. Gerhardt digs the hole as deep as his backhoe will allow and finally uncovers the very top of the sluiceway.

Later, various members of the Oak Island team meet in the War Room with Canadian journalist and writer D’Arcy O’Connor, author of the excellent book The Secret Treasure of Oak Island: The Amazing Story of a Centuries-Old Treasure Hunt, and his daughter, Miranda. O’Connor presents his theory that the Oak Island treasure constitutes the contents of a Spanish treasure galleon bound for Spain, which foundered off the island’s coast during a storm. When prompted by Marty Lagina, the writer states that, throughout the course of his research, he read about approximately 200 Spanish treasure galleons which disappeared on the route from Havana, Cuba, to Europe. “They carried large crews,” O’Connor continues, “as well as engineers who’d been opening up the new silver mines in Bolivia and other places. So they had intelligent people aboard, and so I came up with a theory that maybe one of these ships got caught in a storm as they were following the Gulf Stream and was driven all the way north to a little island in Nova Scotia- maybe Oak Island.” Rather than attempt to sail their precious cargo through waters patrolled by the French and English- their colonial rivals- the Spaniards decided to bury the contents of their ship on Oak Island and protect it with flood tunnels. The narrator then recites several pieces of evidence which bolsters O’Connor’s theory.

The next day, Alex Lagina and Gary Drayton drive to the Ross Farm Museum in New Ross, Nova Scotia, where they show blacksmithing expert Carmen Legge some of their recent Lot 32 finds. Legge verifies that the decking spike is indeed what Drayton initially suspected it to be. Alex then concludes the meeting by saying, “So, we’ve got a deck spike, and then a mystery item that we need to do a little bit more work on,” implying that he and Gary, in a scene which failed to make this episode’s final cut, showed Legge another item- perhaps the supposed crib spike- which the blacksmithing expert was unable to identify. 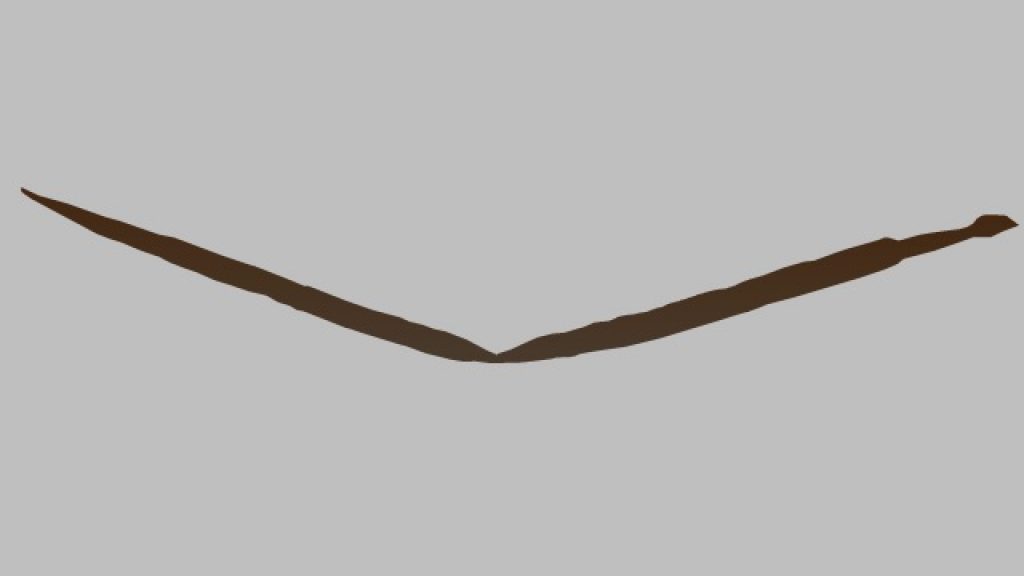 The mysterious iron rod discovered on the beach of Oak Island’s Lot 32.

Later, Gary Drayton meets with Charles Barkhouse, Billy Gerhardt, and Scott Barlow at the Money Pit area, at a location at which the treasure hunters believe Shaft 9 once lay. Gerhardt begins excavating the area with a backhoe, and Drayton proceeds to sift through the spoils he removes with a metal detector. About six feet below the surface, Gerhardt discovers cribbing from what must be Shaft 9. That accomplished, the contractor- assisted by shovel-wielding Rick Lagina and Scott Barlow, who have since joined the operation- proceeds to uncover all four corners of the 6’x12’ shaft. Shortly thereafter, the team discovers the beginning of the sluiceway connecting Shaft 9 with the South Shore cove, whereupon water seeps in to fill the hole they dug. The treasure hunters, all of whom appear visibly pleased with their discovery, agree that they ought to have Steve Guptill plot the coordinates of Shaft 9 so that they might be able to estimate the location of the original Money Pit.

Later, Rick Lagina, Jack Begley, and Doug Crowell meet with Alex Gauthier of Eagle Canada, whose team has completed the massive seismic scan of the eastern half of Oak Island. The narrator informs us that it will take several weeks for the data from the seismic survey to be analyzed and prepared.

Thanks for reading! If you enjoyed this article and would like to help support this website, please check out my book The Oak Island Encyclopedia.