When in Canada, Oak Island is definitely a place you will want to see. This island, shrouded in mystery for hundreds of years, can be investigated by booking a “Walk The Mystery Tour.” Actual digging and searching for the treasure, that supposedly lies in a location called The Money Pit, is not allowed. The amazing history of the island is enough to keep your mind busy for days, if not years speculating about this vastly explored island and its hidden treasure.

For those not aware of the history surrounding Oak Island, it has been believed that there is a hidden treasure buried deep under the ground in a location called The Money Pit. Over the years many private companies as well as people have tried searching for the treasure. Though many unusual things have been found, none have been treasure The excavating excursions have cost not only millions of dollars but also have claimed the lives of numerous people in the past. It is said that Oak Island is the site of the most costly treasure hunt ever recorded in history.

The island has only recently been made re-accessible to the public, but only on a guided tour basis. As there are still many shafts on the island, it would certainly be a dangerous place to explore by yourself. In the past the island has been bought and sold by many organizations and companies.

Though it might sound unbelievable, there are some famous names in history connected to the mysteries on Oak Island. Franklin Delano Roosevelt was part owner of the company that did some digging on the island. Even when Roosevelt was out of office he continued to get updates about the developments on Oak Island. Even Edgar Allen Poe and Shakespeare are a part of this unbelievable mystery, which is claimed not only lives and money, but has been speculated upon by millions of people all over the world. Even the History Channel has made a full documentary on Oak Island. Chances are that your tour guide will be the man featured in the documentary on the History Channel, Charles Barkhouse, Oak Island historian.

Though a lot can be learned from taking a tour such as this one, there is still much secrecy involved with this island and the possible treasure buried beneath it. The History Channel features an area called the war room, which is off-limits to the public and is top secret. One would assume that the stories of buried treasure must be true, or there would be nothing secretive, and nothing hidden. I highly recommend taking a look for yourself, and drawing your own conclusions. 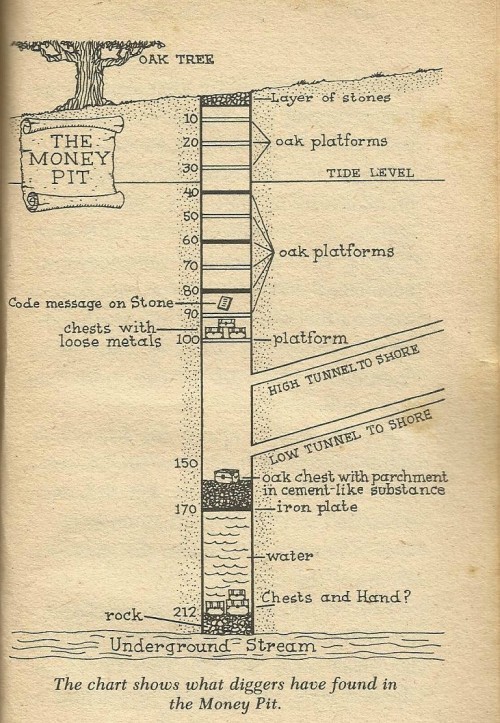 Article Name
Oak Island Money Pit: Latest Developments
Description
The Oak Island Money Pit, shrouded in mystery for hundreds of years, can be investigated by booking a “Walk The Mystery Tour.” Did they find It?
Author
Kimberly B
Publisher Name
Mysteries of Canada