The Curse of Oak Island: Drilling Down; S1E5

Drilling Down on Secrets and Revelations 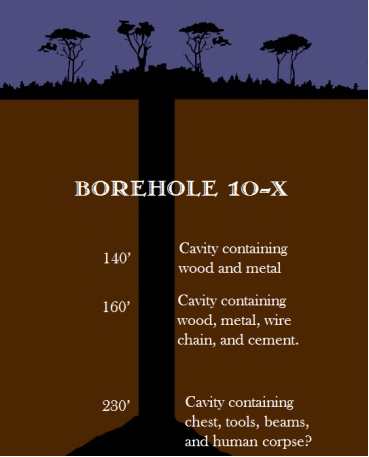 Host Matty Blake sits down with Rick and Marty Lagina to discuss John Chatterton’s successful dive to the bottom of Borehole 10-X in Season 3, Episode 13. Rick expresses his belief that Chatterton’s analysis- namely that 10-X is a natural cavity- is fallible due to the visibility issues Chatterton faced during his dive. Marty, on the other hand, believes that, as a result of Chatteron’s dive and subsequent analysis, there is now “an ‘X’ through 10-X.”

A video plays in which John Chatterton describes what he found at the bottom of 10-X to the Oak Island team. When the video has finished playing, we see that Chatterton and his dive partner Howard Ehrenberg have now joined Rick and Marty at the table. Chatterton breaks down some of the technicalities of his dive in 10-X, elaborating upon his experience inside the shaft and the chamber below. He explains that the chamber’s “tunnels” suggested by various sonar scans appeared to be natural fissures. He goes on to explain that the chest-like object indicated by the scans and an earlier underwater camera operation appeared to be an angular rock, and that the corpse-like object Dan Blankenship believes he saw during his own dives to the bottom of 10-X appeared to be an anomalously rough section of ground.

Next, we see a replay of sonar expert Brian Abbott’s affirmation that the rectangular object at the bottom of 10-X depicted by his sonar scan appears to be a manmade chest- a supposition apparently nullified by Chatterton’s findings. When the video has finished playing, we see that Brian Abbott has joined Rick and Marty Lagina, Craig Tester, Dave Blankenship, John Chatterton, and Howard Ehrenberg on stage. Upon being prompted, Abbott explains that the reason for his confidence in asserting that the square object at the bottom of 10-X is artificial is due its consistency with the chest-like object visible in “snapshots… of several [objects] that were down in the cavity.” Marty suggests these snapshots were Dan Blankenship’s old photos of the 10-X chamber. Abbott, however, is adamant that the photos he saw were much clearer than Blankenship’s photos, and that Montreal-based engineer and Oak Island historian Les MacPhie was the one who showed them to him. 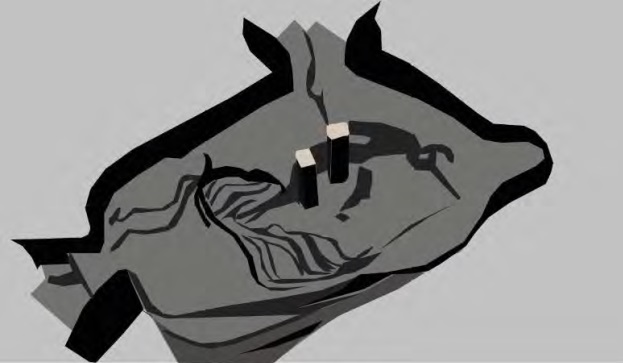 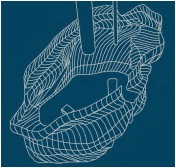 After grilling Abbott, Matty Blake brings up the two vertical posts in Borehole 10-X indicated by various sonar scans and underwater camera operations, yet conspicuously absent from Chatterton’s dive report. Chatterton explains that one of these posts appeared to be a stationary drill pipe- almost certainly a product of Triton Alliance’s erstwhile excavations in 10-X- and that the second was a “dynamic” floating PVC pipe. Dave Blankenship follows up on Chatterton’s assertion by stating that he has no idea where the PVC pipe might have come from.

The talk soon turns to the “tunnels” in the 10-X chamber indicated by various sonar scans. After some heated discussion, Dave Blankenship states his desire to pump the water from 10-X and physically explore the tunnels and the rest of the cavern without any visual impediments, to which Rick voices his assent. Marty, however, opines that there is no need to drain 10-X, as John Chatterton explored the “tunnels” manually and concluded that they were far too short and narrow to permit the passage of men and materials. Rick counters Marty’s suggestion by reaffirming Chatterton’s earlier statement, apparently expressed off-camera, that he only manually explored about 10% of the wall surface of the 10-X cavity- too small a percentage, Rick maintains, for them to completely write off 10-X. Marty counters that by asking Chatterton to give him “the odds that [he] missed a human-sized tunnel.” “Pretty slim,” Chatterton answers.

In the end, Marty concludes that, although the team will have to talk it over, there is likely “an ‘X’ in 10-X, for now.” Rick says that, if he had the option to disregard financial and logistical constraints, he would hope to pump 10-X dry as soon as possible.

Next, Blake does a one-on-one interview with Dave Blankenship. Dave, one again, expresses his desire to pump Borehole 10-X dry in order to remove the visual impediment of murky water. “Dad’s on board with it,” he says. “If it collapses, it collapses.” 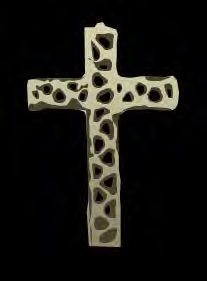 An interpretation of the McGinnis Sisters’ gold cross.

After that, we see a pre-recorded video showing the McGinnis sisters presenting their gold cross to the men of Oak Island Tours Inc., and explaining how, according to family legend, the cross was first discovered on Oak Island by their ancestor Daniel McGinnis. Once the video is finished, we see that Rick, Marty, and Craig have joined Dave Blankenship on stage. The men discuss how they hope to verify whether the cross did indeed come from Oak Island. “If it came from Oak Island,” Marty declares, “and if it came from… the time frame that it is supposed to have come from… it would be gigantic.”

The next scene is a pre-recorded homage to the War Room, Oak Island Tours Inc.’s beloved on-site headquarters. Matty Blake reveals that the War Room was initially built as a small Oak Island museum by the Nova Scotian government in the 1970’s. The video goes on to pay tribute to the treasure hunters of the past who toiled to solve the Oak Island riddle.

Next, Matty Blake asks Rick, Marty, Craig, and Dave about their favourite developments in Season 3.

Rick, when asked about his favourite development, does not refer to a specific incident, but rather states that he is pleased the crew is still together and engaged in the search.

Marty’s favourite part of the season was finally getting a diver to the bottom of Borehole 10-X, a major goal long held by the men of Oak Island Tours Inc.

Craig states that the relationship built between Fred Nolan and the men of Oak Island Tours Inc. is the highlight of the year for him, as it opens up a whole new realm of future possibilities.

Dave states that no particular development in Season 3 stood above the rest, in his eyes.

The team ends the segment by speculating as to the nature of the shiny, metallic object revealed to lie at the bottom of Drillhole C1, and by revealing some plans for the future.

In this segment, sonar expert Brian Abbott discloses that the reason he so confidently asserted the artificiality of the rectangular object that his sonar scans depicted lying at the bottom of Borehole 10-X- which John Chatterton, during his dive, determined to be a rectangular stone- was due to a photograph he was shown during his time on Oak Island. This photo, allegedly a snapshot of the chamber at the bottom of Borehole 10-X, shows what appears to be a treasure chest, complete with a lock and a rounded lid. Upon hearing Abbott’s disclosure, Marty suggested that the photo Abbott saw was Dan Blankenship’s grainy snapshot of the 10-X chamber, taken from a screen monitor in the 1970’s. Abbott denied this, however, maintaining that the photo belonged to Les MacPhie, a Montreal-based engineer and Oak Island historian. 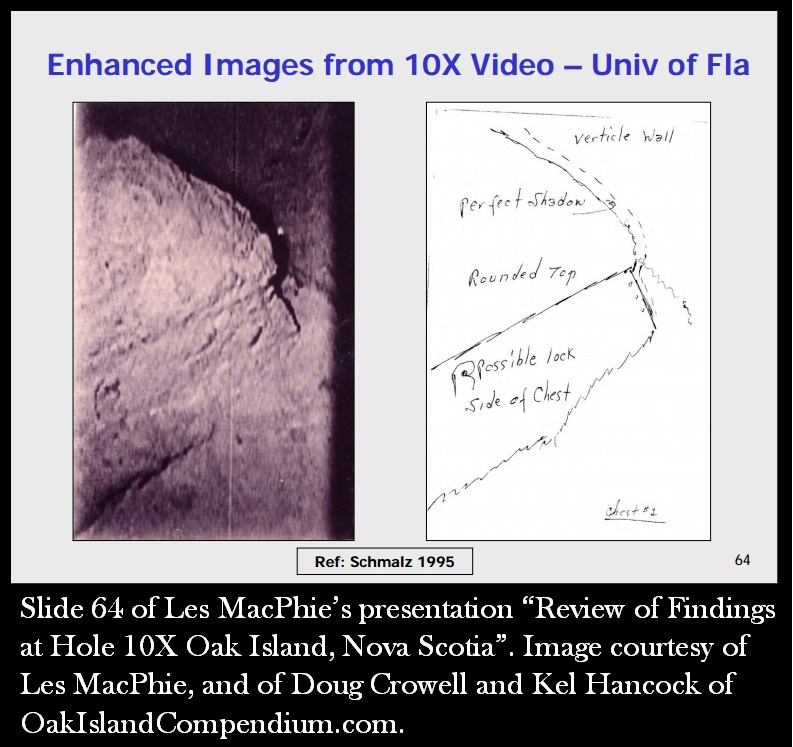 It appears that the image Abbott was referring to (shown above) is an enhanced version of the Blankenship photo that Marty referred to. Les MacPhie included this photo in an Oak Island presentation entitled “Review of the Findings at Hole 10X Oak Island, Nova Scotia”, the digitized version of which you can find at OakIslandCompendium.com/Les-Macphie-Archives.html. Les MacPhie apparently discovered this photo in a letter from Dr. Mark S. Schmalz, a computer scientist of the University of Florida, to Triton Alliance, dated January 23, 1995.

In this episode of Drilling Down, sonar scan expert Brian Abbott described the reasons behind some of the claims he made regarding the nature of the objects lying at the bottom of Borehole 10-X. While Abbott spoke, Marty Lagina, who sat behind him, made an inconspicuous but clearly deliberate hand gesture at the camera. Specifically, he placed his right hand on his left forearm, keeping his middle and ring fingers together but splaying his index and pinky fingers out to the sides. As if to draw attention to this gesture, he looked directly into the camera when presented with the opportunity. 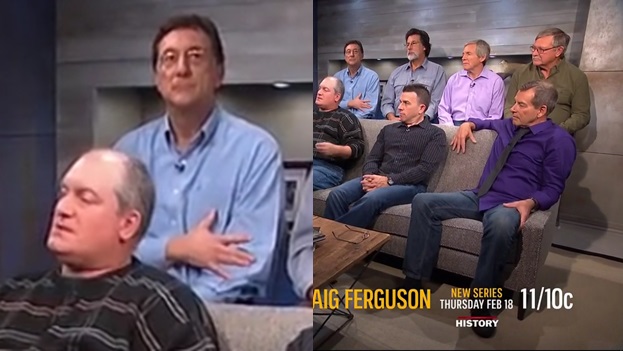 In an old Facebook thread, treasure hunter Jack Begley speculated that Marty made this gesture as a subtle salute to Jeff Irving’s theory, presented in Season 3, Episode 9 of The Curse of Oak Island. Irving’s presentation to the Oak Island team included a section in which he referenced a particular hand gesture- the gesture Marty imitated- which Christopher Columbus appears to be making in Portrait of a Man, a posthumous rendering of him painted by Venetian artist Sebastiano del Piombo in 1519. Irving claims that this gesture represents “the Word of God.” 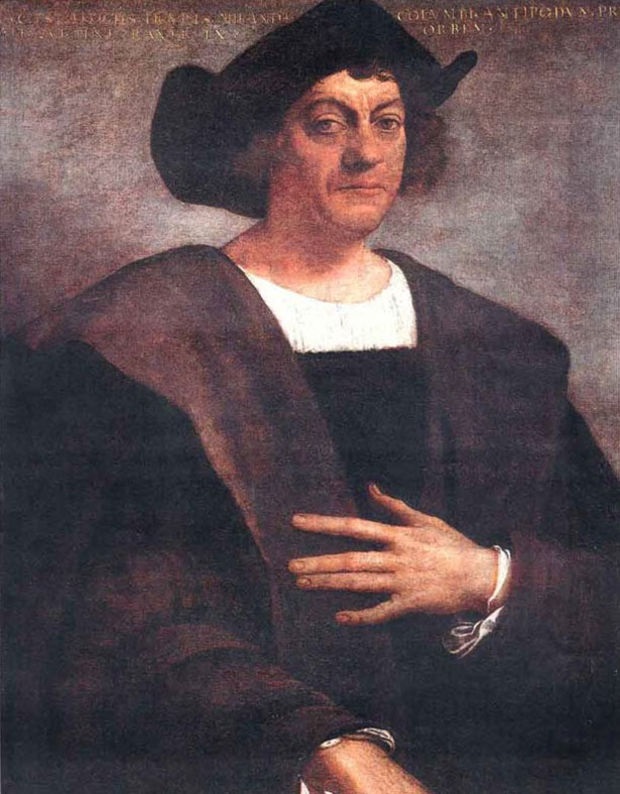 Jeffrey Irving describes this hand gesture- along with a number of truly remarkable discoveries- in more detail in a particular video on his Facebook page. He claims that this gesture “is a symbol relating to the guardians of the Ark of the Covenant,” and proceeds to show that it is mysteriously present in dozens of oil paintings, sculptures, and photographs. These pieces include: 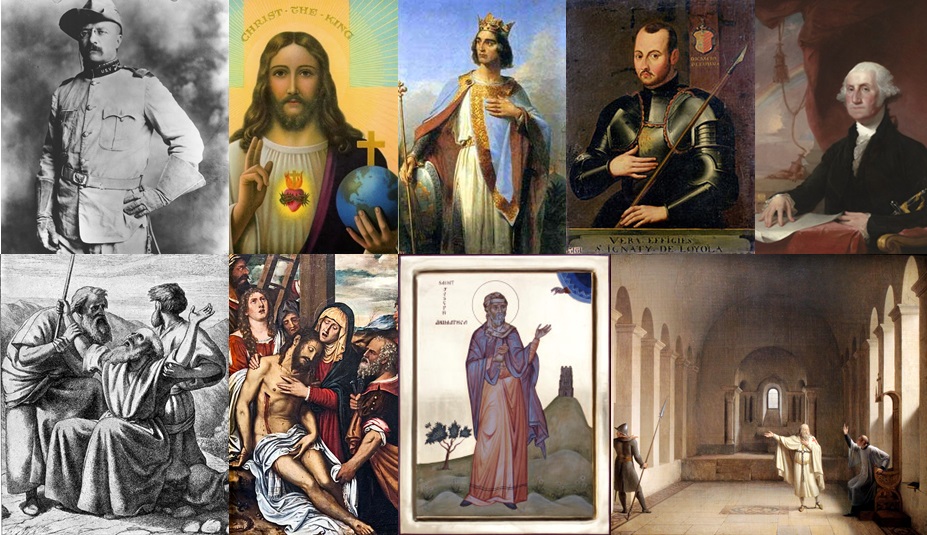 Interestingly, American writer Jason Colavito reveals on his website (www.JasonColavito.com) that Irving’s theory is but one of many revolving around this hand gesture. He writes that the gesture has “previously been claimed as a secret symbol of Freemasonry,” Mary Magdalene, Satanism, and the Marranos (Spanish crypto-Jews (secret adherents to Judaism) forced to convert to Christianity). Colavito goes on to argue that the gesture is “really nothing more than the natural position of a relaxed and extended hand… among people… of certain European heritage.”