HomeNova ScotiaThe Curse of Oak Island- Season 7, Episode 11: The Eye of the Storm

The Curse of Oak Island- Season 7, Episode 11: The Eye of the Storm

The Curse of Oak Island- Season 7, Episode 11: The Eye of the Storm

The following is a plot summary and analysis of Season 7, Episode 11 of the History Channel’s TV series The Curse of Oak Island.

The episode begins at the freshly-drained swamp, where Marty Lagina and Billy Gerhardt are using the swamp excavator to dig up the “paved wharf”– a pattern of stones on the swamp floor discovered by Tony Sampson in Season 7, Episode 1. While the treasure hunters work, the narrator informs us that Hurricane Dorian, one of the most powerful hurricanes ever recorded in the Atlantic Ocean, is expected to hit Oak Island in several days. 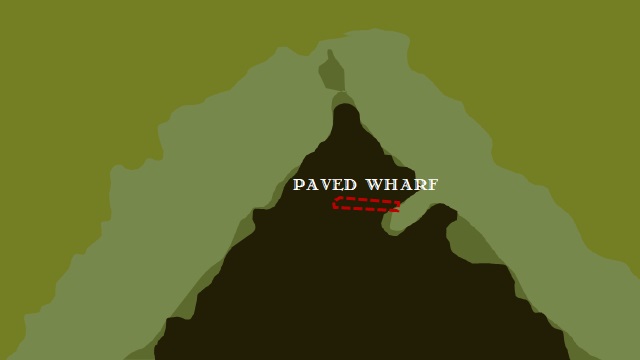 Marty and Billy uncover a large boulder with the swamp excavator and decide to leave it where it lies. Rick Lagina, who had been hitherto observing the operation, asks his younger brother to stop digging in order to allow him to search through the spoils that Marty has already removed. Rick quickly discovers a wooden stake lying in the muck and finds that its point had been sharpened with six cuts. The treasure hunters agree that this artifact must be one of the line of wooden survey markers which Fred Nolan found during his own swamp excavation in 1969. Marty resumes the excavation and unearths another wooden stake nearly identical to the first.

Meanwhile, Jack Begley and Gary Drayton do some metal detecting in the area surrounding the wharf-like structure at Smith’s Cove, where Drayton discovered a lead tag the previous episode. The pair soon uncovers a thin wrought-iron rod which Drayton tentatively identifies as a crib spike on account of its resemblance to similar artifacts found nearby in Season 7, Episode 8, and Season 6, Episode 16. Despite this interesting find, the treasure hunters both express some disappointment at the relative scarcity of artifacts in the bump-out area. 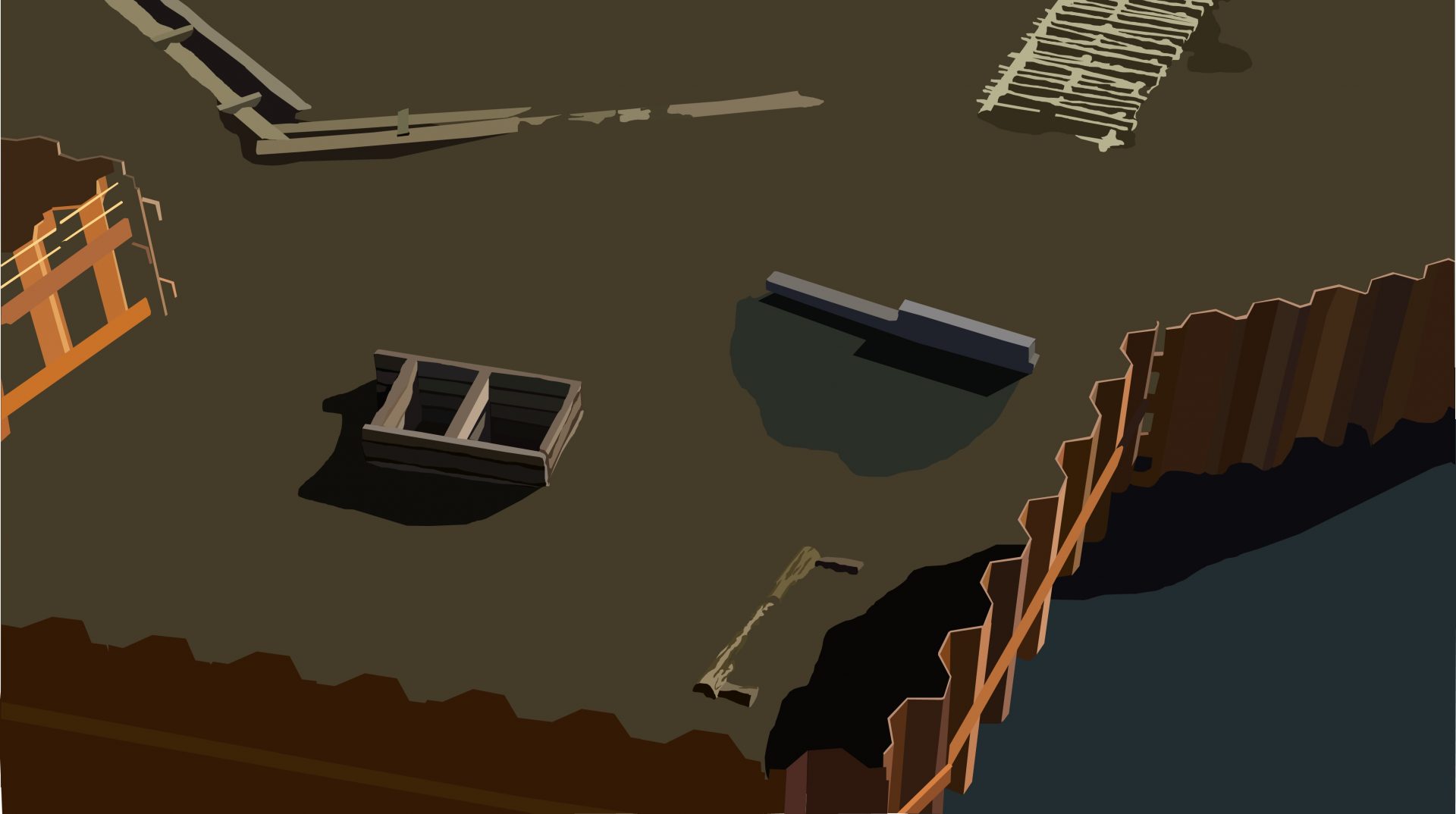 Meanwhile, at the Money Pit area, various members of the Oak Island team stand by as Choice Drilling sinks borehole FG-12 in search of a third piece of the Shaft 2 tunnel. The treasure hunters inexplicably decide to inspect a core sample taken from a depth of 18.5 feet. As might be reasonably expected, the core sample contains disturbed earth interspersed with bits of wood.

Back at the swamp, Rick and Marty Lagina, Craig Tester, and Scott Barlow, in order to allow the swamp excavator (operated by Billy Gerhardt) access to another section of the ‘paved wharf’, remove a succession of plywood sheets which had previously served as a walkway from the swamp shore to that particular area of interest. That accomplished, Gerhardt drives the excavator into the area and proceeds to dig a large hole in search of the rocks that Sampson had discovered. Since the bottom of the hole is obscured by a rapidly-growing puddle of muddy water, Rick and Craig decide to examine it manually; they slide into the hole and find that its bottom is indeed lined with what feel like flat rocks. In order to remove the water so that they might better observe the rocks beneath, the treasure hunters dig a trench nearby, create a channel connecting the two holes, and begin pumping water from the trench.

Back at the Money Pit area, the treasure hunters dissect several more core samples from FG-12, finding large chunks of wood at depths of 74 and 106 feet, respectively. The 106-foot-deep wood appears to be older than the other, and bears markings which appear to have been made with an axe. Although its depth roughly corresponds with that of the Shaft 2 tunnel, Doug Crowell and Marty Lagina speculate that the 106-foot-deep wood might be a part of the original Money Pit. 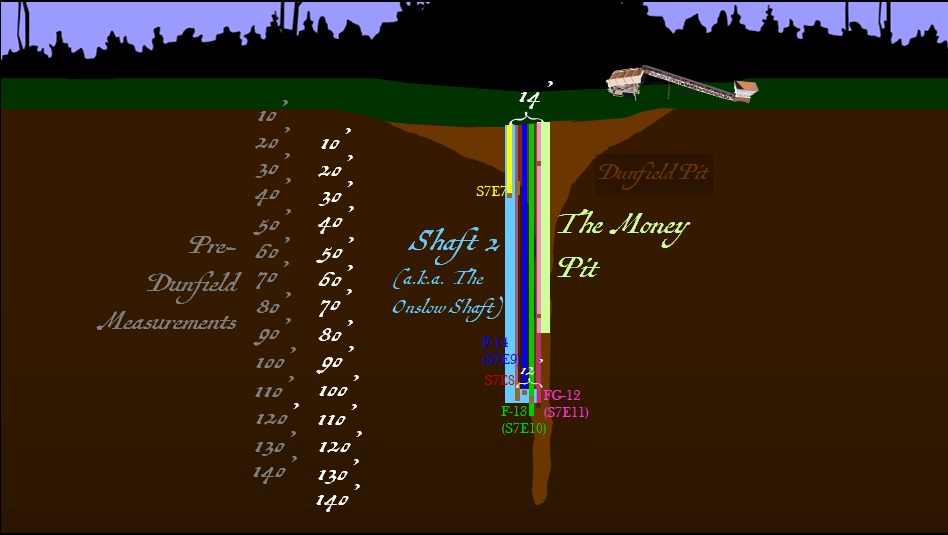 A cross-section of the Money Pit area depicting the original Money Pit, Shaft 2 and its tunnel, Dunfield’s pit, and the various exploratory drillholes punched throughout Season 7. 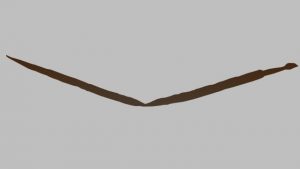 The mysterious iron rod discovered on the beach of Oak Island’s Lot 32.

The next day, Alex Lagina and Gary Drayton drive to the Ross Farm Museum in New Ross, Nova Scotia. There, they show blacksmithing expert Carmen Legge several of the wrought-iron rods they discovered in the area of the Smith’s Cove slipway, including the artifact they found earlier this episode, the tapered spike unearthed in Season 7, Episode 8, and the mysterious curved artifact unearthed in the same area in Season 7, Episode 6. Legge identifies the artifacts as pins which would have been “inserted near a post or a heavy rod to make a heavy, thick wall”, and dates them from 1600-1820. He then elaborates on the artifacts’ function, saying that they would have been formed around anchor pins driven into bedrock and then covered with clay, limestone, or cement, serving as primitive rebar for the concrete base of a dry dock at which ships would have been repaired. “Best guess,” he concludes, “is it’s for reinforcing a wall that was built along the edge of the water.”

Later, various members of the Oak Island team dismantle and dismember the newly-discovered Smith’s Cove wharf for the purpose of subjecting it to dendrochronological testing.

Meanwhile, the Fellowship of the Dig heads to the ‘paved wharf’ hole in the Oak Island swamp, which is now relatively dry and exposed. Marty Lagina examines the stones which lie on the hole’s floor and decides that they are too round to be flagstones, as some of the treasure hunters had hoped they might be. The stones are still too deeply buried in the muck for the treasure hunters to confidently diagnose their nature, and Marty Lagina laments that it seems unlikely that the crew will be able to adequately uncover them before Hurricane Dorian reaches Oak Island. Resigned to this reality, the treasure hunters begin gathering up plywood and moving pieces of equipment in preparation for the upcoming storm.

By 6:05 P.M., Hurricane Dorian has arrived at Oak Island. Footage of the Island beset by high winds and pouring rain is interposed with clips of Global News Halifax’ coverage of the storm. In an interview, Marty Lagina suggests that the inopportune timing of the hurricane brings to mind the supposed curse said to hang over Oak Island and its treasure.

Two days after the storm, Rick Lagina, Scott Barlow, and Billy Gerhardt drive to Oak Island to assess the damage. They find that the edge of the causeway connecting Oak Island with the mainland has been severely eroded, precluding the transportation of any heavy equipment to the Island until its repair. Further down the road, they find that the swamp has refilled entirely with water. Mercifully, the hurricane appears to have inflicted minimal damage on Smith’s Cove and its cofferdam. Rick tasks Billy with clearing some of the damaged trees and assigns Scott and himself the task of re-draining the swamp. The episode ends as the clean-up operation commences.

The Stake in the Swamp

Near the beginning of the episode, Rick Lagina, Marty Lagina, and Billy Gerhardt discovered two wooden stakes in the ‘paved wharf’ area of the Oak Island swamp. The stake bore six cut marks which appeared to have been made with an axe. The crew agreed that these artifacts must be members of the line of survey markers discovered by Fred Nolan in 1969. Nolan had one of these stakes carbon dated to 1550, while Dan Blankenship had another carbon dated from 1490-1660. 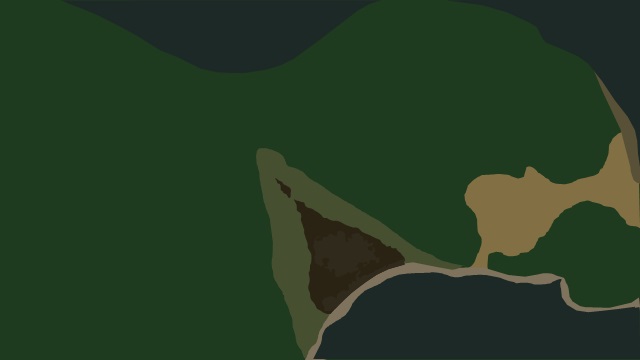 An interpretation of the Oak Island swamp.

This is not the first time that Oak Island Tours Inc. unearthed a wooden stake matching the description of the mysterious survey markers that Nolan first discovered in 1969. Back in Season 5, Episode 13, while metal detecting in the northern section of the swamp, Rick Lagina discovered a similar axe-sharpened wooden stake. Although it likely has little connection with the stakes in the swamp, it is interesting to note that, back in Season 3, Episode 7, Marty Lagina discovered a thick, saw-cut spruce stake about 10 feet underground at a point dubbed the ‘Nolan Site’, where Fred Nolan had previously discovered what he believed to be a subterranean cave.

In this episode, Gary Drayton and Jack Begley unearthed a thin wrought-iron rod near the wharf-like structure discovered in the bump-out area of the Smith’s Cove cofferdam back in Season 7, Episode 9. Later, Drayton and Alex Lagina presented this artifact- along with the tapered wrought-iron spike discovered at Smith’s Cove in Season 7, Episode 8; the mysterious curved artifact unearthed in the same area in Season 7, Episode 6; and other similar artifacts presumably discovered nearby off-screen- to blacksmithing expert Carmen Legge. Legge identified the artifacts as piece of primitive rebar used to reinforce the cement base of a dry dock at which ships would have been repaired.

At the Money Pit area, the Fellowship of the Dig stands by as Choice Drilling sinks borehole FG-12 in search of a third piece of the Shaft 2 tunnel. The treasure hunters dissect a number of core samples and find large chunks of wood at depths of 74 and 106 feet, respectively. The 106-foot-deep wood appears to be older than the 74-foot piece, and bears markings which appear to have been made with an axe. Although its depth roughly corresponds with that of the Shaft 2 tunnel, Doug Crowell and Marty Lagina speculate that the 106-foot-deep wood might have been a part of the original Money Pit, namely a piece of one of the wooden platforms which lay in the Pit at 10-foot intervals or undiscovered cribbing which initially lay below the 100-foot level. If the wood is indeed a part of the original Money Pit, then its depth and precise location are irrelevant; since treasure hunter Robert Dunfield destroyed the Money Pit while digging his infamous 140-foot-deep crater in the area, any fragment of the Money Pit found at a depth of 106 feet would constitute loose backfill.

At the very beginning of the episode, we were informed of the impending arrival of Hurricane Dorian, one of the most powerful hurricanes ever recorded in the Atlantic Ocean. The rest of the episode was punctuated by clips of Global News Halifax’ coverage of the storm’s progress. The hurricane finally hit the Island near the end of the episode, flooding the swamp and damaging the causeway, yet failing to do any serious damage to either the Money Pit area or the Smith’s Cove cofferdam.

Hurricane Dorian is the second major storm to hit Oak Island during the lifetime of this TV show. In the winter of 2016/17, which separated Season 4 from Season 5, the Island was ravaged by a series of violent windstorms which uprooted trees and all but obliterated the South Shore road which skirts the Oak Island swamp.