Your Unauthorized Guide to The Curse of Oak Island

Ladies and gentlemen, I’m pleased to announce that my new book, the Oak Island Encyclopedia, is now available for purchase on Amazon. This tome is the new and improved edition of my book Oak Island, which I published back in 2016. It includes a history of the Oak Island treasure hunt; a description of the various theories regarding the nature of the treasure and the identities of those who buried it; and a plot summary and analysis for each episode of ‘The Curse of Oak Island’ from Seasons 1 through 6.

In case you are unacquainted with the subject, Oak Island is a small island located in Mahone Bay off the coast of Nova Scotia where people have been searching for buried treasure since 1795. To date, no one truly knows what, if anything, lies buried there, although theories abound. The purpose of this book is to provide you with a comprehensive report of the facts and speculation surrounding Oak Island so that you might come to your own conclusion regarding the nature of this great Mystery of Canada.

In the first section of this book (History), you’ll find a chronological account of all major treasure hunts on Oak Island from 1795-2005.

Each chapter is subdivided into a History section recounting the story of each respective treasure hunt, a Discoveries section detailing the various findings made by the treasure hunters; and a Characters section describing the colourful men who risked social condemnation, financial ruin, and even their very lives in an effort to get to the bottom of the Oak Island mystery. 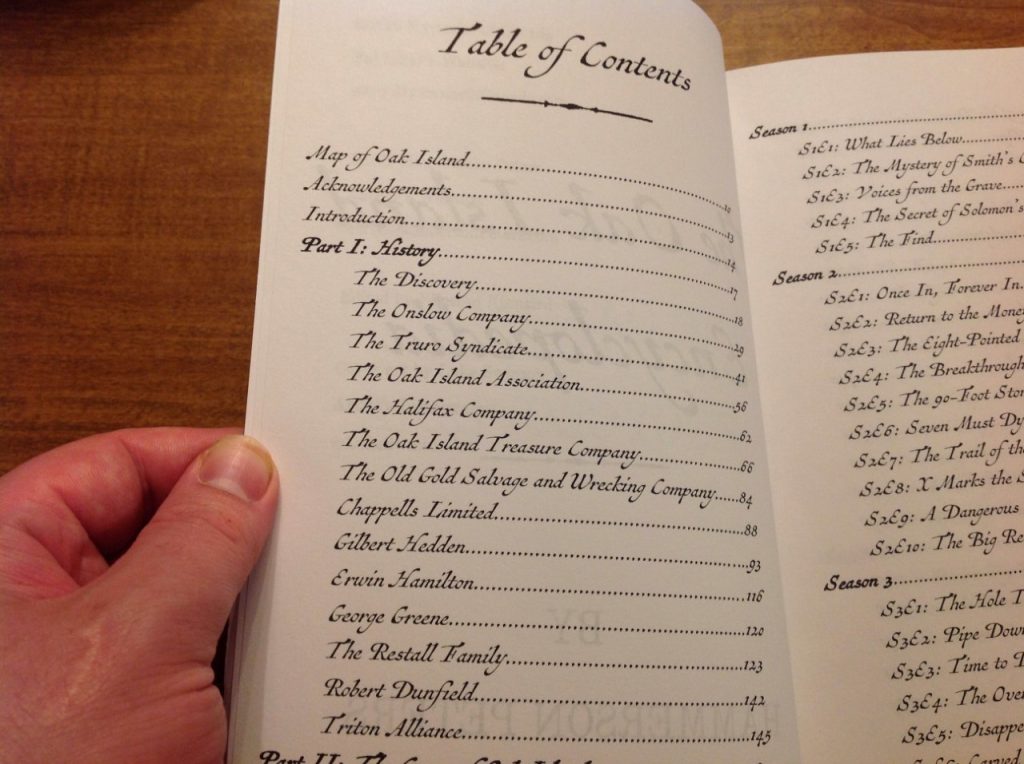 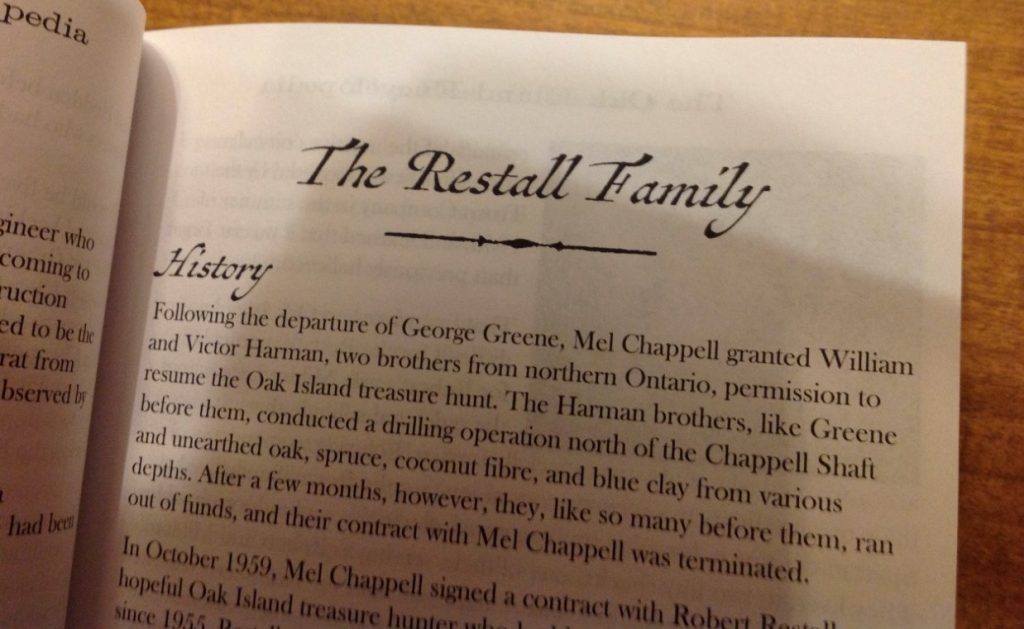 The Curse of Oak Island

Each chapter is subdivided into a Plot section outlining the synopsis of each of The Curse of Oak Island’s episodes from Seasons 1 through 6, and an Analysis section in which the discoveries made in the episodes are thoroughly investigated. 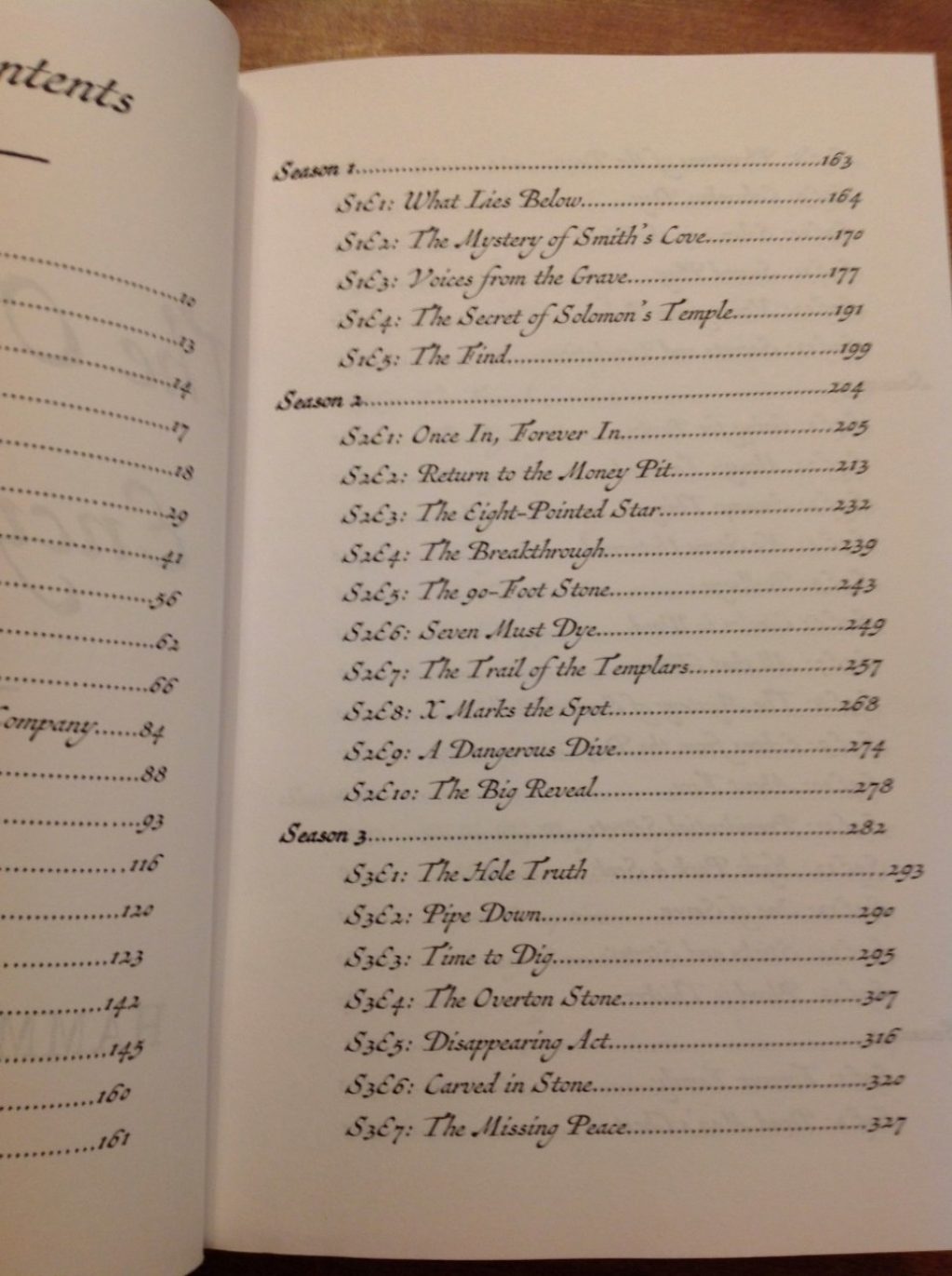 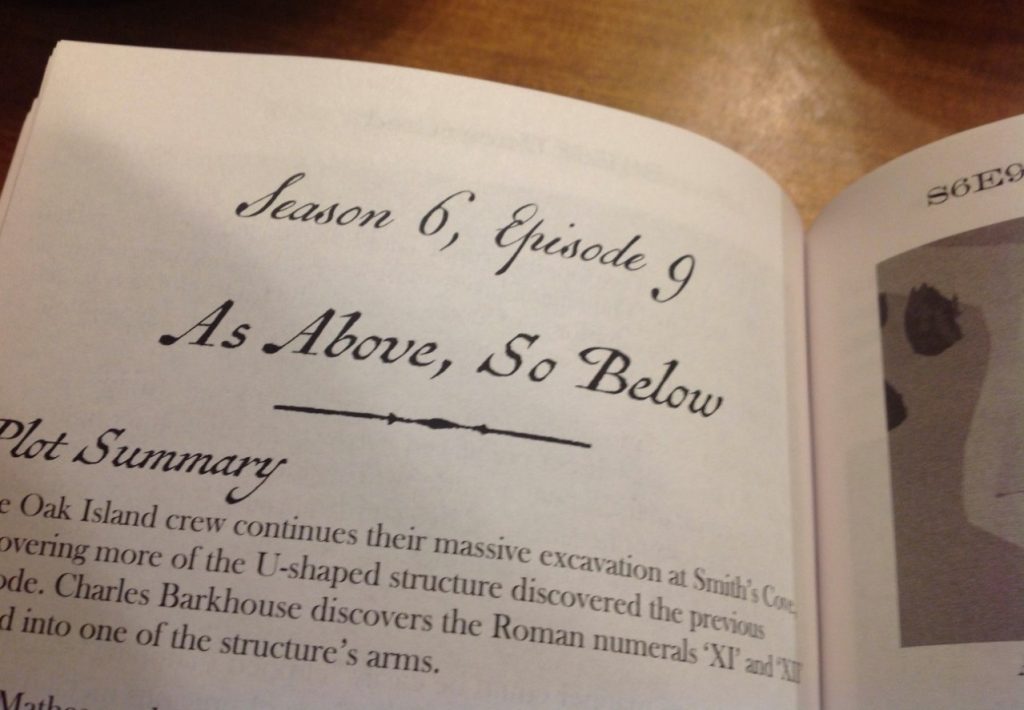 In the third section of this book (Theories), you’ll find the various hypotheses formulated by Oak Island researchers regarding the nature of Oak Island’s supposed extraordinary treasure.

Each chapter is subdivided into the ‘Five Ws’ of research, namely Who? What? When? Where? and Why?, along with an Evidence section describing the hard facts and circumstantial evidence which led proponents of each respective theory to come to the conclusions they did. 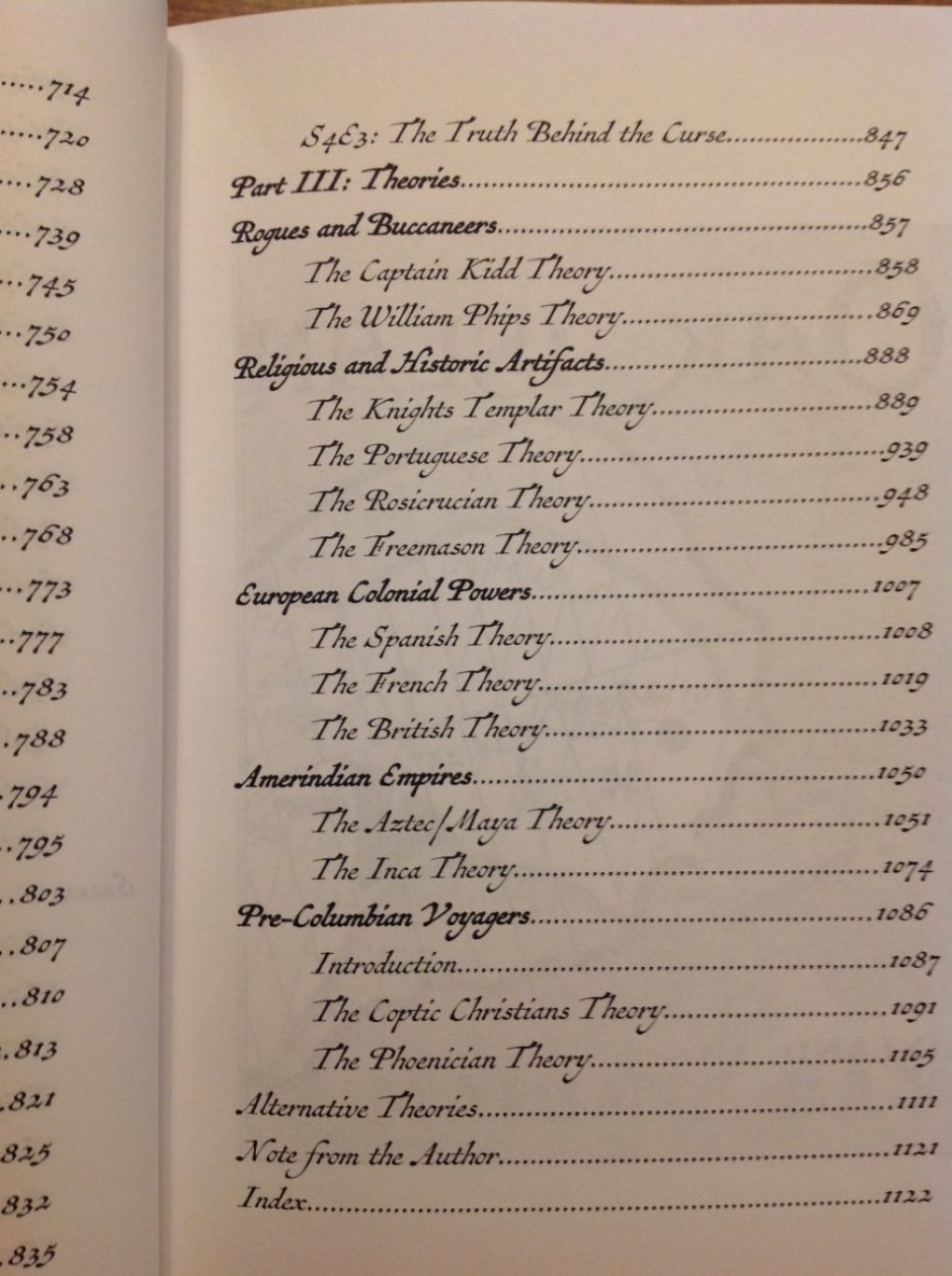 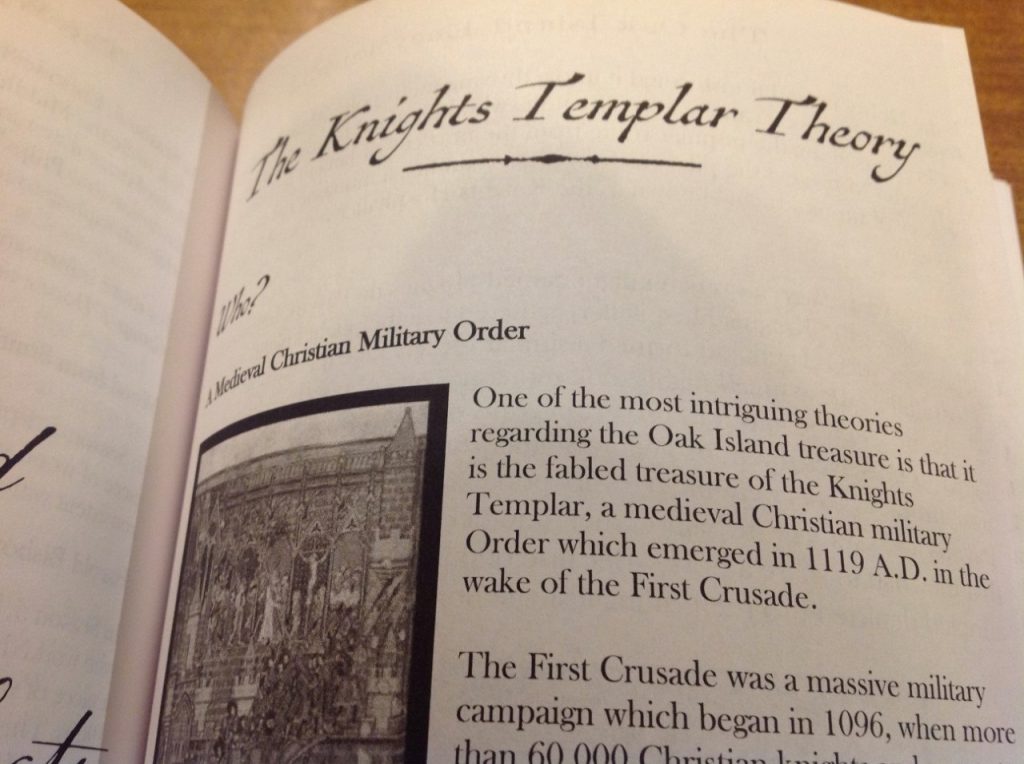 The fourth and final section of this book (and this author’s favourite section) is the comprehensive Index.

Here, you’ll find listed (in alphabetical order) all the names, places, and topics that The Curse of Oak Island has ever mentioned- a tool which will enable you quickly and easily brush up on any topic that the show fails to flesh out. 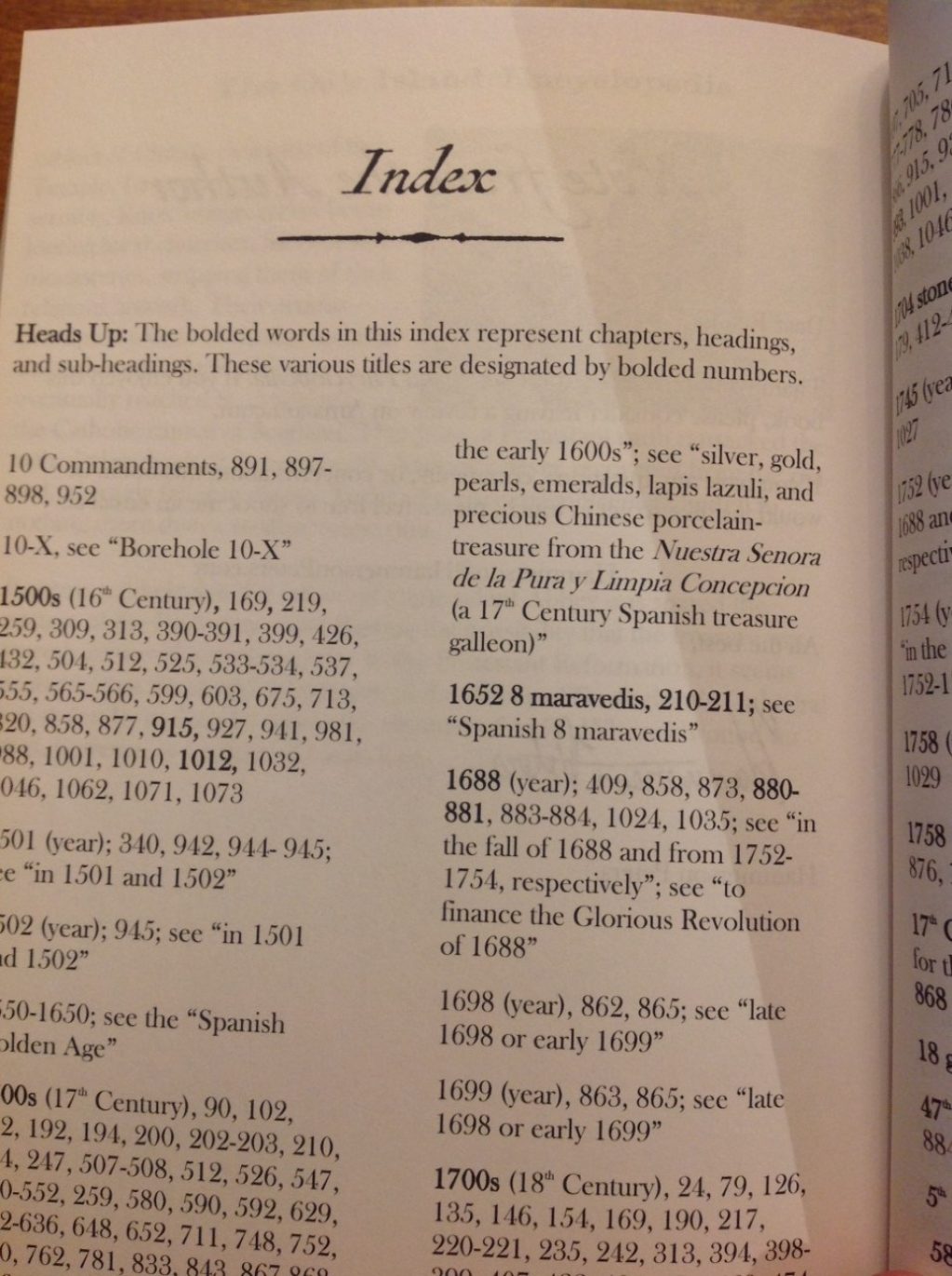 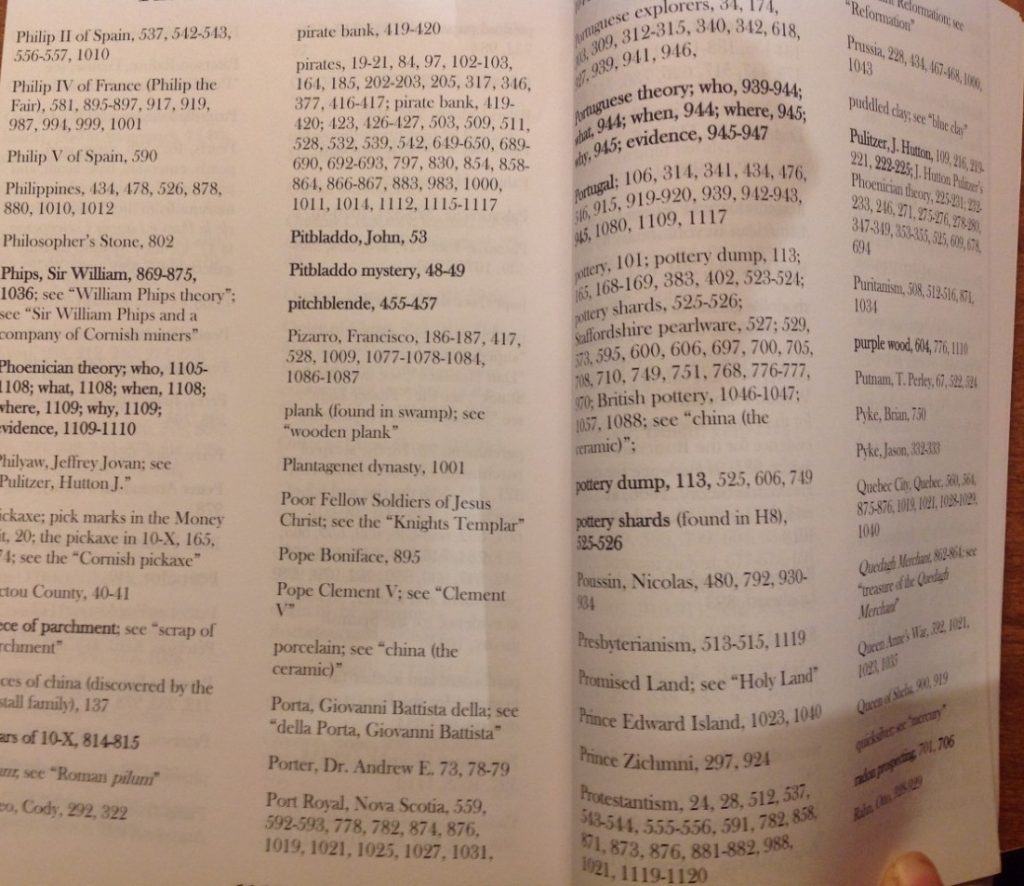 The Oak Island Encyclopedia – The Unofficial Guide to ‘The Curse of Oak Island’ was last modified: October 23rd, 2019 by Hammerson Peters